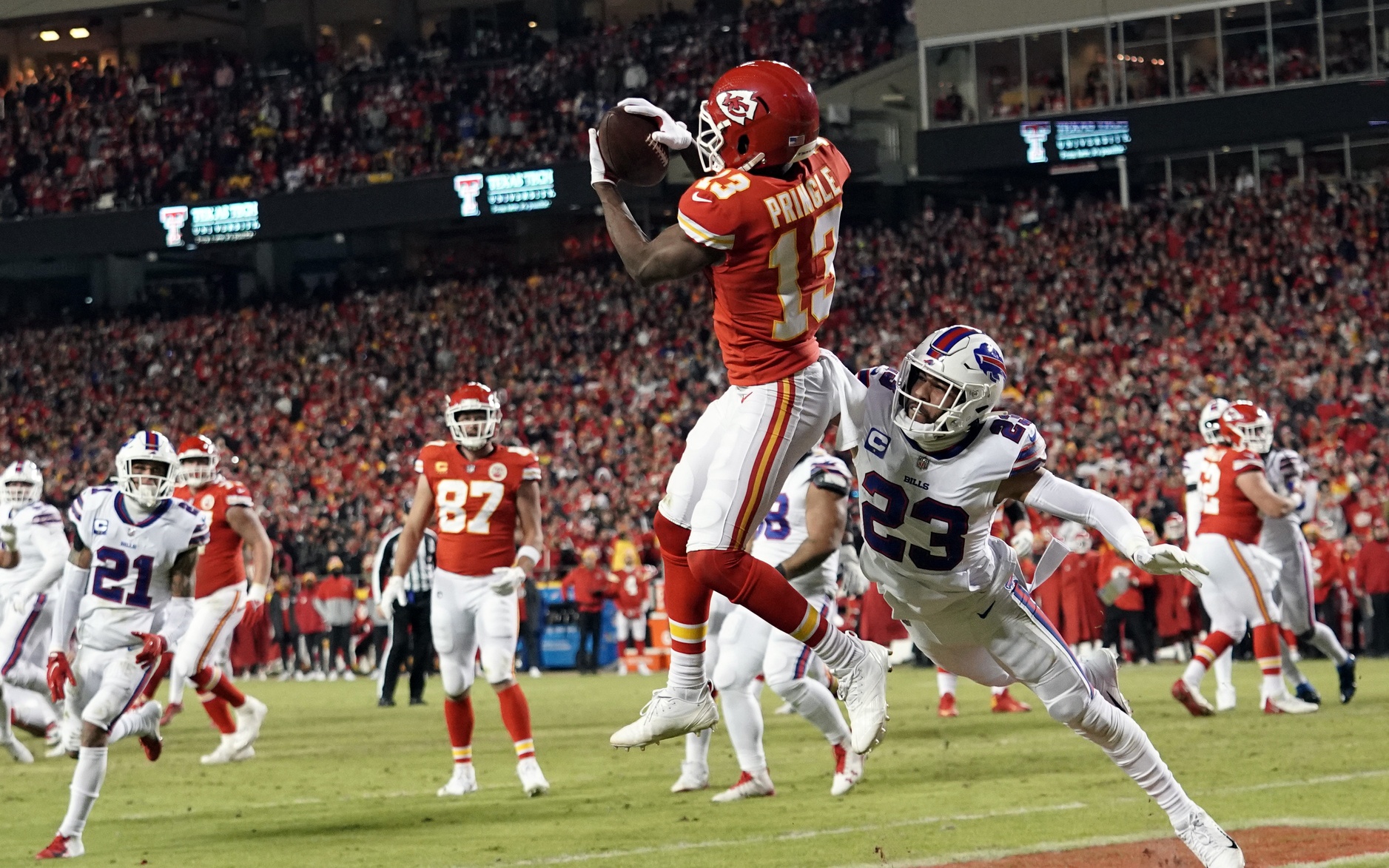 The Chicago Bears began the 2022 offseason with questions at wide receiver. The expected (and eventual) departure of Allen Robinson led many to assume new General Manager Ryan Poles would be aggressive in signing one of the top available free agents at the position, but the biggest contract he doled out to a wide receiver was Byron Pringle.

The former Kansas City Chief signed a one-year, $6 million deal with $4 million guaranteed. His blend of size, speed and after-the-catch skill set is appealing and makes his 2022 outlook exciting, even if he isn’t a headliner.

Then came Sunday night’s arrest for reckless driving, which you can read about here. Remember: Pringle is innocent until proven guilty and we’ll work off that assumption. It’s unclear whether this incident is a traffic violation or something worse, and it isn’t my job to speculate. But with just four days before the Bears are scheduled to make their first pick in the 2022 NFL draft, Pringle’s poor decision-making will have a ripple effect on Poles’ draft plan.

It’s widely assumed the Bears will spend one of their two second-round picks on a wide receiver. They have the 39th and 48th overall picks, and even if six or seven wide receivers are selected in the first round, Chicago will have quality options to choose from with one or both second-rounders. Prior to Pringle’s arrest, I wondered whether it’d be a smart strategy for Poles to spend both of those picks on wide receiver. Now, I think he has to.

The rebuttal to this suggestion is obvious. Second-year quarterback Justin Fields won’t be able to take advantage of any new wide receivers if he’s constantly running away from pressure. And that’s true. The Bears have a glaring hole at right guard, one that can be filled with a quality rookie in round two. But if draft history tells us anything, it’s that starting-level interior linemen (both center and guard) can be found later in the draft.

Kansas City Chiefs center Creed Humphrey, one of the best rookies regardless of position last year, fell to No. 63 overall. Sure, that’s a second-round value, but it’s the end of round two and only eight picks earlier than Chicago’s scheduled third-rounder, No. 71 overall. The Chiefs also landed guard Trey Smith in the sixth round; Smith ended his rookie year with the fourth-highest grade among rookie offensive linemen, according to Pro Football Focus. Denver Broncos guard Quinn Meinerz was a third-round pick who appeared in 11 games and finished as a top-10 rookie among offensive linemen.

This is a small sample of last year’s rookie class that continued a trend of NFL teams finding starting guards and centers after the second round. The middle rounds are the sweet spot for interior players and the Bears can wait in this year’s draft to land a potential starter.

Have the Bears failed to apply enough due diligence in these transactions? Could more have been done to prevent these unfortunate outcomes? Honestly, the answer is probably no. These are three very different issues that’ve all gone downhill for reasons beyond Poles’ control. But he needs a strong 2022 draft class to build positive momentum as training camp nears.

Regardless of the combination, any two of those pass-catchers would generate buzz and excitement for the offense. Add LSU guard Ed Ingram or Memphis’ Dylan Parham to that mix in the third round and Poles will be the toast of the Windy City.

Poles can’t make draft decisions based on what he thinks will be greeted with the most fanfare. That’s bad business. But in the 2022 NFL Draft, the best draft strategy happens to be the same one that will have Bears fans excited for this new era of football in Chicago.