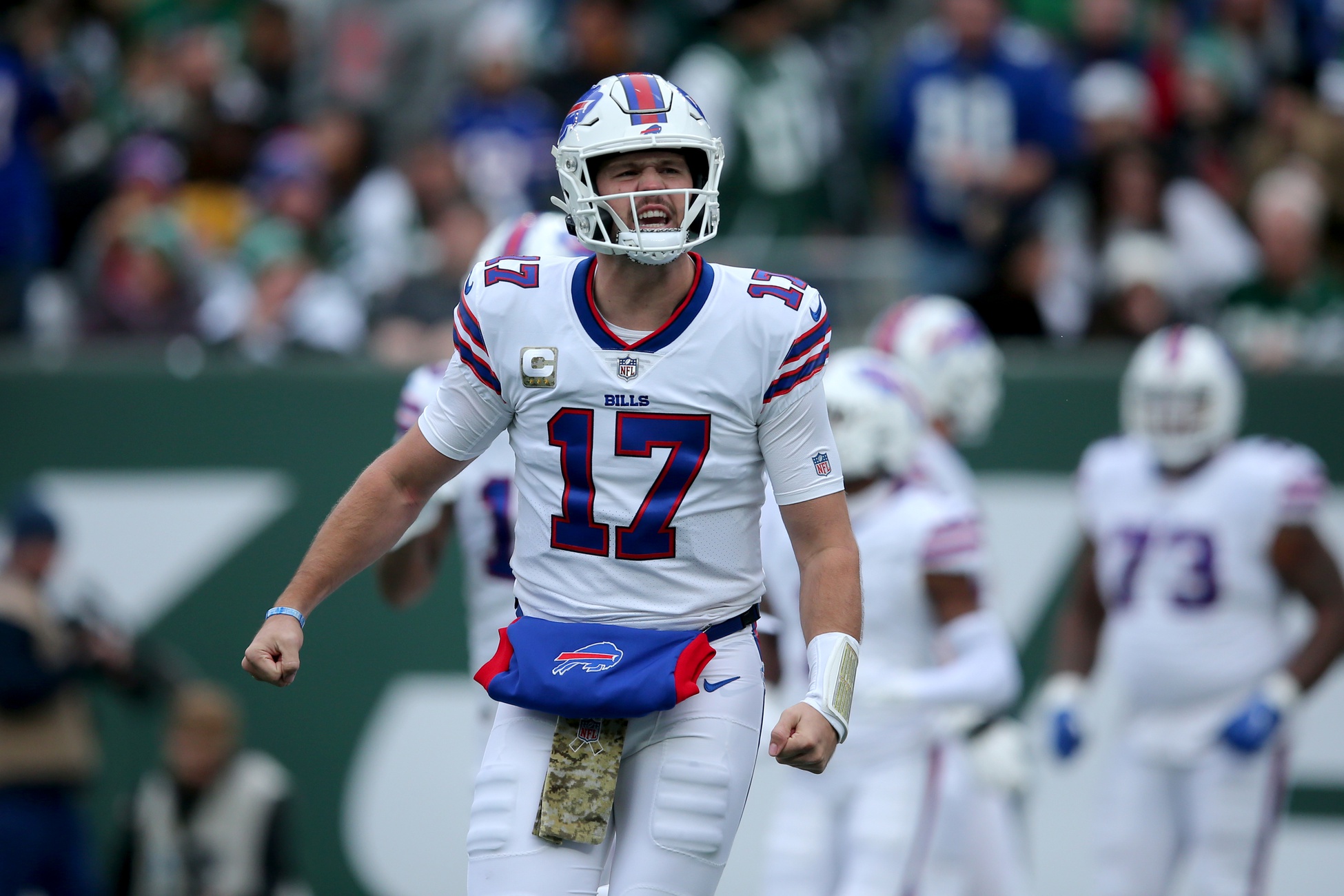 What Will Make 2022 Season A Success For Bills?

Few teams are entering the 2022 campaign with massive expectations quite like the Buffalo Bills. Sean McDermott’s Bills are eager to course-correct last season’s instant-classic divisional round overtime defeat to Patrick Mahomes and the Kansas City Chiefs. That disappointment has done little to deter analysts from labeling the Bills as potential Super Bowl favorites.

A successful season for the Bills is straightforward: It must include 11-plus victories and a third consecutive AFC East division title. Simply participating in the postseason isn’t enough, though. An appearance in Super Bowl LVII feels extremely realistic despite playing in a new-look, loaded division and conference.

The presence of franchise quarterback Josh Allen means the Bills should be playing meaningful contests for the next decade-plus. Over the previous three campaigns, the Bills have been outed from the postseason in the wild card, divisional round, and AFC Championship Game—every round but the Super Bowl. Overcoming that hump is crucial to defining a successful season.

Allen makes those expectations feel attainable. Allen enjoyed another elite campaign in 2021. The former Wyoming standout threw for 4,407 yards and 36 touchdowns. Allen is fully expected to compete for MVP honors in 2022. The Bills go where Allen goes.

Bills General Manager Brandon Beane has done everything within his power this offseason to ensure the Bills are capable of reaching that ever-elusive Super Bowl. A high-powered offense will catapult the Bills forward. Some salary cap-related difficulties didn’t prevent Beane from filling out his offense nicely this offseason.

The wide receiver corps is in excellent standing. Elite receiver Stefon Diggs was signed to a four-year, $96 million extension that locks him into Buffalo through the 2027 campaign. Allen-to-Diggs has become a fearsome saying for opposing defensive backs. Gone are veterans Emmanuel Sanders and Cole Beasley, who served as the No. 2 and 3 receivers last season. Gabriel Davis, who became an instant Bills legend for his historic four-touchdown, 201-yard  performance against the Chiefs, is expected to enjoy a breakout campaign as Buffalo’s second-leading receiver. Jamison Crowder also joined via free agency. Crowder is a shrewd, low-cost addition that should immediately thrive in the slot. Tavon Austin, Isaiah McKenzie, and Khalil Shakir round out this group nicely with additional speed and savviness.

The offensive line is an excellent unit that potentially improved with the addition of veteran Rodger Saffold III at left guard. The one-two punch of Devin Singletary and Zack Moss return at running back (although Singltary eventually ran away with the job.) The running back room was diversified with the drafting of Georgia’s James Cook. Arguably the most talented pass-catching back in the 2022 NFL Draft, Cook adds a haunting new wrinkle to Buffalo’s offense.

The Bills’ offense could average 30 points per contest.

All of these offensive happenings do not mean that Beane neglected his defense this offseason. Far from it. A solid pass rush that produced 42 regular-season sacks received a major boost with the signing of Canton-bound EDGE Von Miller. Miller was initially expected to return to the Super Bowl-winning Los Angeles Rams in free agency, but Beane and the Bills swooped in with an aggressive six-year, $120 million contract. Miller joins a talented defensive line that should receive more production from Gregory Rousseau in year two. Rousseau flashed moments of brilliance en route to recording 4.0 sacks as a rookie. The former Miami product is another Bill that could enjoy a breakout season.

If Buffalo’s defense had an Achilles heel last season, it was their ability to contain opposing rushing attacks. An excellent Bills defense gave up a league-low 272.8 yards per contest, but 109.8 of those yards occurred via the ground game. Beane invested in the potential improvement of this unit by signing DaQuan Jones and Tim Settle. Jones and Settle are expert run defenders that will beef up the middle of Buffalo’s defense.

Linebacker Tremaine Edmunds is already entering his fifth season despite being just 24 years of age. The Bills were wise to exercise Edmunds’ fifth-year option, which will pay him a fully-guaranteed $12.6 million. A two-time Pro Bowler, Edmunds is now entering an ever-important contract season.

Buffalo’s secondary which gave up a league-low 163 passing yards per game last season should enjoy another fruitful campaign. Shutdown cornerback Tre’Davious White is ready to return from a season-ending torn ACL he suffered in a Thanksgiving victory over the New Orleans Saints. White will team up with a new running mate. Levi Wallace departed for the Pittsburgh Steelers in free agency, and the Bills responded by drafting Kaiir Elam with a first-round selection. Elam’s length and overall competitive toughness should compliment White on the opposite boundary. The always reliable duo of Jordan Poyer and Micah Hyde remain at safety.

The new-look AFC East could complicate matters, but the Bills remain heavy favorites. The Miami Dolphins enjoyed one of the most aggressive offseasons in NFL history, completely revamping their offense with additions such as Tyreek Hill, Terron Armstead, Chase Edmonds, and Raheem Mostert, just to name a few. The New York Jets put three first-round selections to good use while upgrading both their offensive and defensive units. Wise additions like C.J. Uzomah, Tyler Conklin, and Laken Tomlinson also arrived via free agency. The New England Patriots may be the team left trailing behind in the division, but it’s worth noting Bill Belichick’s Patriots won 10 games and qualified for the playoffs last year (the Bills easily swept them aside in the wild-card round).

Buffalo must place last season’s heartbreaking postseason defeat firmly in their rearview mirror. The Bills are preparing to embark on another championship-or-bust campaign. The roster is loaded with talent on both offense and defense. Despite competing in an improved division and conference, the Bills must take the desired step forward by reaching (or winning) a Super Bowl.