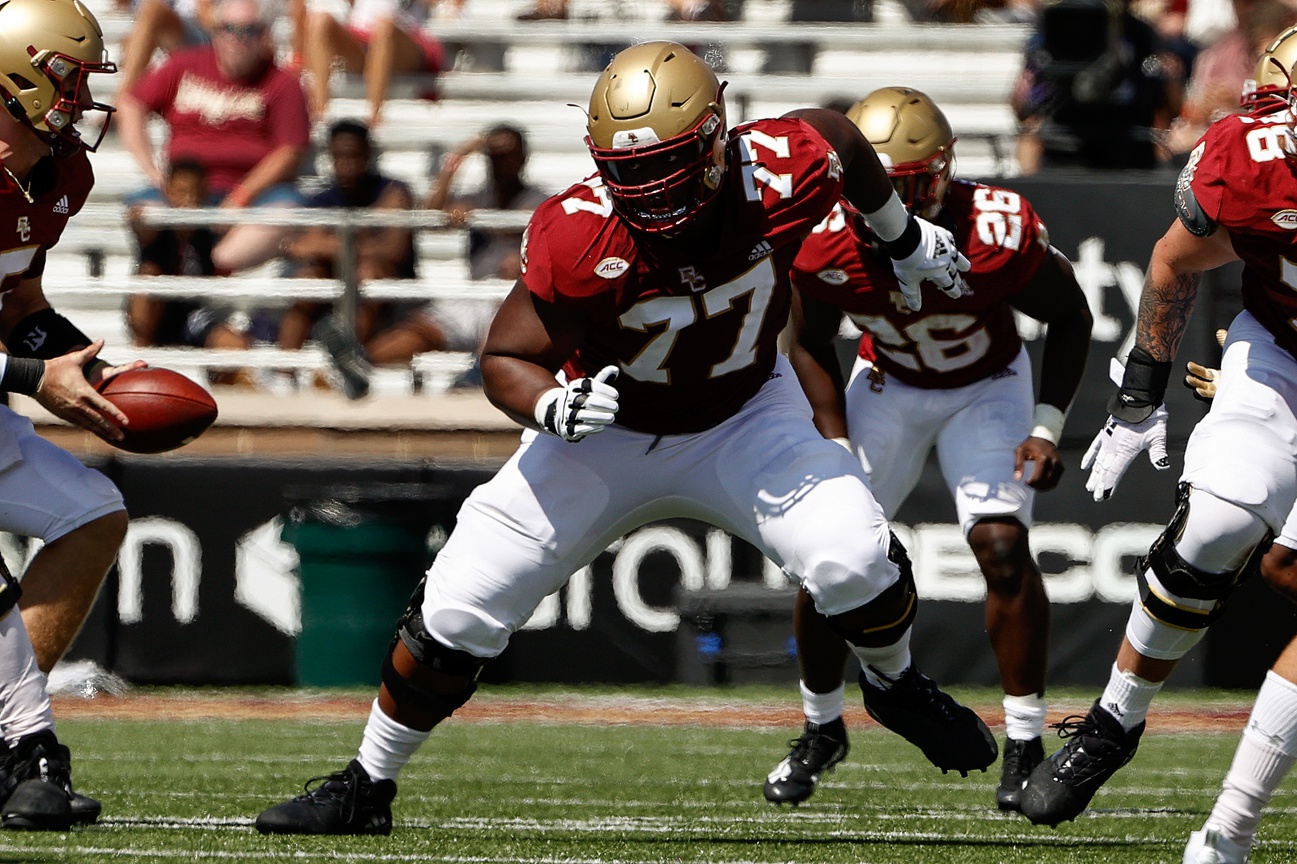 In a theme that no one who knows me is shocked by, the Tampa Bay Buccaneers place an emphasis on the trenches in my first full seven-round mock for the team. I try to get into the mind of general manager Jason Licht in accounting for some question marks and potential losses they could suffer on both sides of the line and honestly, I think I did a pretty good job.

I’m sure I’ll hear about it if I didn’t. No pressure or anything.

This is a huge get for the Buccaneers at No. 27. I fully expect Zion Johnson to be gone by then given his combine performance and how everyone I spoke to there is basically in love with him now. But if he isn’t, this is a no-brainer. Left guard Ali Marpet has officially retired thanks to a chicken scratch letter written to Roger Goodell while on vacation in Hawaii (you go, king), and both right guard Alex Cappa and center Ryan Jensen are set to hit free agency—no one is talking about Cappa, either.

Johnson could help insulate against either, or both, players’ departures. Though he played guard in college, he also got an introduction to the center position at this year’s Senior Bowl and looks like he could pick it up quickly. Don’t forget Tampa Bay also has Robert Hainsey, a third-round pick in 2021, who has been working diligently this offseason with former center and Buccaneers assistant coach A.Q. Shipley to hone his craft at the position.

If Johnson wasn’t there in the first round, I would have wanted to get an interior defensive lineman. Since he was, the Buccaneers end up going with one in the second round. Travis Jones is no consolation prize, either. Ndamukong Suh is a free agent and could be expensive to keep given his consistent production. Jones would give the Buccaneers some reinforcements along the line and help Tampa Bay keep that unit in a rotation, which is crucial for this defense.

A productive back coming off a national championship whose older brother is one of the best running backs in the league? Yeah, sign the Buccaneers up. They have some question marks in the running back room given that Leonard Fournette is a free agent and all but said goodbye in one of his latest Instagram posts. The Buccaneers can also let go of Ronald Jones, who is set to be a free agent this year as his rookie contract expires. It could be an opportunity for Ke’Shawn Vaughn to have an increased role but it would make a lot of sense to complement him with a potential three-down back like James Cook.

Me? A former Sun Devil picking a former Sun Devil? No, that doesn’t sound right. I’m picking him solely on fit for the Buccaneers. He does well against the run along with the pass, which is crucial in a defense like Tampa Bay’s. Todd Bowles loves his DB blitzes and won’t hesitate to have corners come down into the box on run blitzes, especially. Lucas is a heady player—another criteria of Tampa Bay’s defense—and I think he could assimilate easily.

Far be it from Licht to pass on a Nebraska kid—much less a Nebraska offensive lineman. It will continue to fortify a line should the worst happen and the Buccaneers lose both Jensen and Cappa.

The Buccaneers tagged Chris Godwin so he is around for at least another year. They’re likely still trying to work out a long-term deal with their offensive cornerstone but the wide receiver group can always use some extra depth. They could potentially also see what Tyquan Thornton can do on special teams and in the return game.