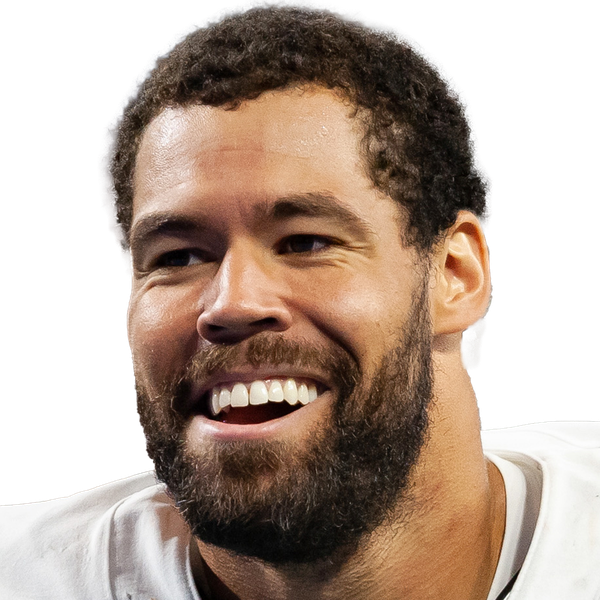 Buccaneers Should Target These 6 Free Agents

Massive changes are afloat in Tampa Bay. The retirement of Tom Brady will force general manager Jason Licht and head coach Bruce Arians to take their Buccaneers in a new direction in 2022. The Brady era was short-lived but extremely successful, as the Buccaneers captured a Super Bowl in Brady's debut season in Florida. Licht and Arians will now attempt to maintain Tampa's newfound competitiveness in Brady's absence, a goal that is certainly easier said than done. The 69-year-old aging Arians is unlikely to embrace a rebuild. It means the Buccaneers will attempt to be aggressive players in the upcoming free agency period. It won't qualify as a particularly easy task. The Buccaneers currently possess just $6.7 million in cap space, via Spotrac. Tampa's list of impending free agents is lengthy and robust with high-level contributors. That list includes Chris Godwin, Ryan Jensen, Rob Gronkowski, Leonard Fournette, Jason Pierre-Paul, Carlton Davis, Ndamukong Suh, Alex Cappa, Jordan Whitehead, and Ronald Jones II, to name a few (or 10). Yowza. The likes of Fournette, Cappa, Whitehead, and Davis are due sizable raises in pay, making Tampa's impending decisions of the especially difficult variety. Restructuring the contracts of Vita Vea, Shaquil Barrett, Donovan Smith, and Lavonte David could free up close to roughly $40 million in additional financial freedom. The Buccaneers may be tempted to exercise those options, which would kick the can down the road. With cap, team needs, pending free agents, and draft selections all put into consideration, here are three offensive and defensive free agents Tampa Bay could target when the signing period begins on March 14.

Licht should do absolutely everything within his power to retain Godwin, but nothing is guaranteed in free agency. The former Penn State standout may command more than $15 million annually, and Licht must make a decision regarding his overall value to their passing offense. Tampa's financial restrictions will lead to some difficult decisions. Should fate take Godwin in another direction, Michael Gallup would represent a more affordable option that could make a similar impact. Godwin and Gallup actually enter free agency in similar situations. Both players suffered horrific season-ending knee injuries in Week 15 and Week 17, respectively. These injuries occurred at the most inopportune moments and could impact both receivers' wishes of maximizing their value in free agency. Godwin is less likely to be affected, however, seeing that he's proven himself as a legitimate WR1 in this league, whereas Gallup has been forced to play third fiddle behind Amari Cooper and CeeDee Lamb for the majority of his career. Should this lead to Godwin pricing himself out of Tampa's comfort zone, Gallup qualifies as one hell of a consolation prize with a ton of untapped potential and upside.

If the Buccaneers are going to replace Gronkowski this offseason, they're going to do it with a multi-purpose tight end that can wear multiple hats in Arians' demanding offense. Offensive coordinator Byron Leftwich is an extension of Arians, and the men share the same vision philosophically. Despite Gronkowski's advancing age, the Buccaneers often asked him to play in-line as a run blocker and pass protector, and Gronkowski remains one of the best big-bodied red-zone targets in the game. Tampa should maintain interest in witnessing Gronkowski's return, but an alternative plan must be formulated just in case he explores new pastures. Brady was very much the reason Gronkowski agreed to play for the Buccaneers in the first place and his retirement could lead to a new adventure for the future Hall of Famer. C.J. Uzomah makes for a helluva backup plan. The Cincinnati Bengal is set to reach free agency after experiencing a career-best season in 2021 while playing alongside the likes of Ja'Marr Chase, Joe Mixon, and Tee Higgins. The presence of so many offensive playmakers helped further unlock Uzomah's pass-catching potential, and he could encounter similar game-breaking weapons in Tampa. Furthermore, Uzomah is an excellent blocker that can play in-line and flex out wide as a pass-catcher. Uzomah could make a smooth transition to Tampa's offense.

The Buccaneers have had terrific success breathing life into the careers of struggling running backs. Fournette is an extreme example. The former Jacksonville Jaguar arrived in Tampa at the lowest point of his career, and could now depart the Buccaneers via a lucrative contract elsewhere in free agency after shining brightly in Tampa’s gap-heavy scheme. The Buccaneers likely maintain interest in retaining Fournette, but his market will be loaded with potential suitors given what he's put on tape since joining Arians. Giovani Bernard is another veteran ball-carrier that outproduced his expectations in 2021. With Fournette and Jones both set to become free agents, the chances of Tampa's backfield taking on a different form in 2022 appears likely. General manager Licht has been extremely crafty when adding low-cost, high-ceiling running backs throughout the years and Rashaad Penny could represent similar value. Penny has struggled to maintain health since the Seattle Seahawks drafted him in the first round of the 2018 NFL Draft, but Penny finally began stringing together dominant performances toward the end of last season. The former San Diego State ball-carrier should be available on a reasonable short-term deal. Pairing Penny with a pass-catching back could help offset the potential loss of Fournette.

Starting free safety Jordan Whitehead earned just $781,814 in 2021 on the fourth and final season of his rookie contract, via Spotrac. A former fourth-round selection out of Pittsburgh, the 24-year-old Whitehead appears headed for free agency, where he could land a relatively large multi-year contract elsewhere. Licht has 10-plus key contributors on expiring contracts, and it's easy to envision Whitehead getting lost in the shuffle. Whitehead's potential departure would leave behind a sizable hole next to Antoine Winfield Jr. in Tampa's secondary. Winfield Jr. is a ballhawk in every sense of the word, and Whitehead's abilities near the line of scrimmage and within the underneath zones paired nicely with Winfield's versatile skill set. New York Jets safety Marcus Maye could be available on a shorter, cheaper deal given the unfortunate season-ending Achilles injury he suffered in early November. Maye makes a ton of sense as a like-for-like replacement for Whitehead. Similar to Whitehead, Maye is a fellow free safety that does his best work near the line of scrimmage where his physical hitting power is often on display. Maye spent the first two seasons of his professional career alongside Todd Bowles in New York, and his relationship with the Jets franchise began deteriorating following Bowles' departure. There’s an existing relationship in place. A reunion makes so much sense here.

Tampa must improve a beaten-up secondary that ranked in the bottom half of the NFL by allowing a staggering 238.9 passing yards per contest. A plethora of injuries undoubtedly hampered this unit's overall productivity, but additional upgrades could also help move things in the right direction. Retaining Davis, a free-agent-to-be, will likely prove to be a difficult exercise. The Buccaneers haven't shied away from adding veteran corners to their secondary, proven by Richard Sherman's midseason acquisition. Former Arizona Cardinals cornerback Patrick Peterson makes sense for several reasons. Arians coached the eight-time Pro Bowler for five seasons in Arizona before becoming the head coach of the Buccaneers. Arians employs several assistant coaches that previously crossed paths with Peterson, including Bowles and cornerbacks coach Kevin Ross. The 31-year-old Peterson is no longer the dominant, shutdown performer he once was, but his savviness, experience, and high football IQ have helped him extend his career in a rather graceful manner. Playing in a familiar system that possesses an excellent front seven could help hide some of Peterson's newfound deficiencies.

Pierre-Paul is one of many veteran Buccaneers defenders with their futures hanging in the balance. Pierre-Paul could join the likes of Suh and William Gholston in free agency, and his potential departure would leave Licht and the Buccaneers scrambling for worthy options. The 33-year-old Pierre-Paul is miraculously entering his 13th professional season in 2022 and remains a valuable pass rusher as part of a deep rotation. The Buccaneers would likely aim to replace his role with a similar, veteran EDGE defender that has maintained productivity late into his career. Long-time Buffalo Bills sack artist Jerry Hughes fits that description. Hughes possesses an uncanny ability to win as a pass rusher despite his advancing age. Hughes has an impressive 58 career sacks on his resume while spending the previous nine seasons in Buffalo after playing the first three years of his career in Indianapolis. Should the Bills ultimately decide to move on from Hughes this offseason, the Buccaneers strike me as a team that could show immediate interest. 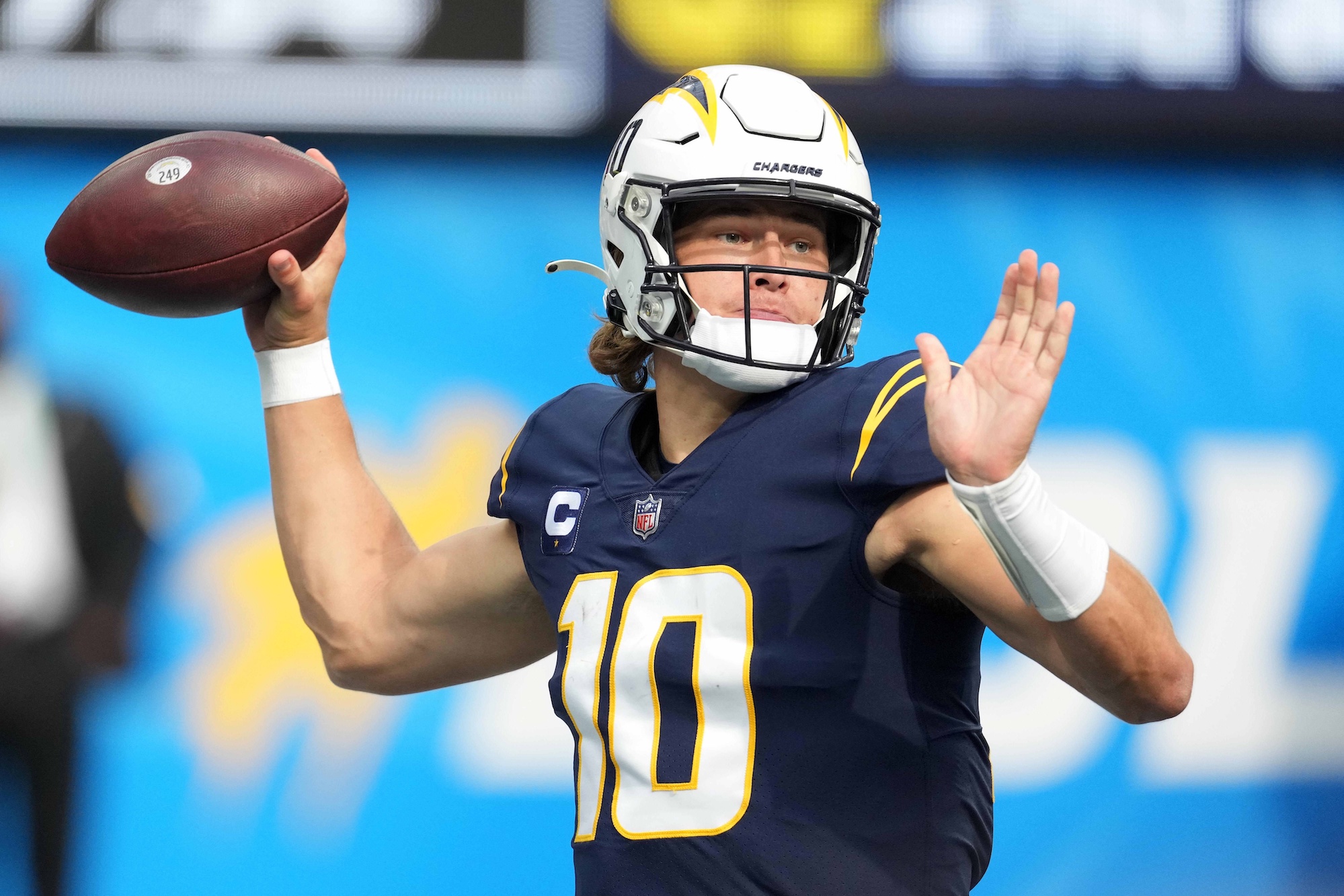