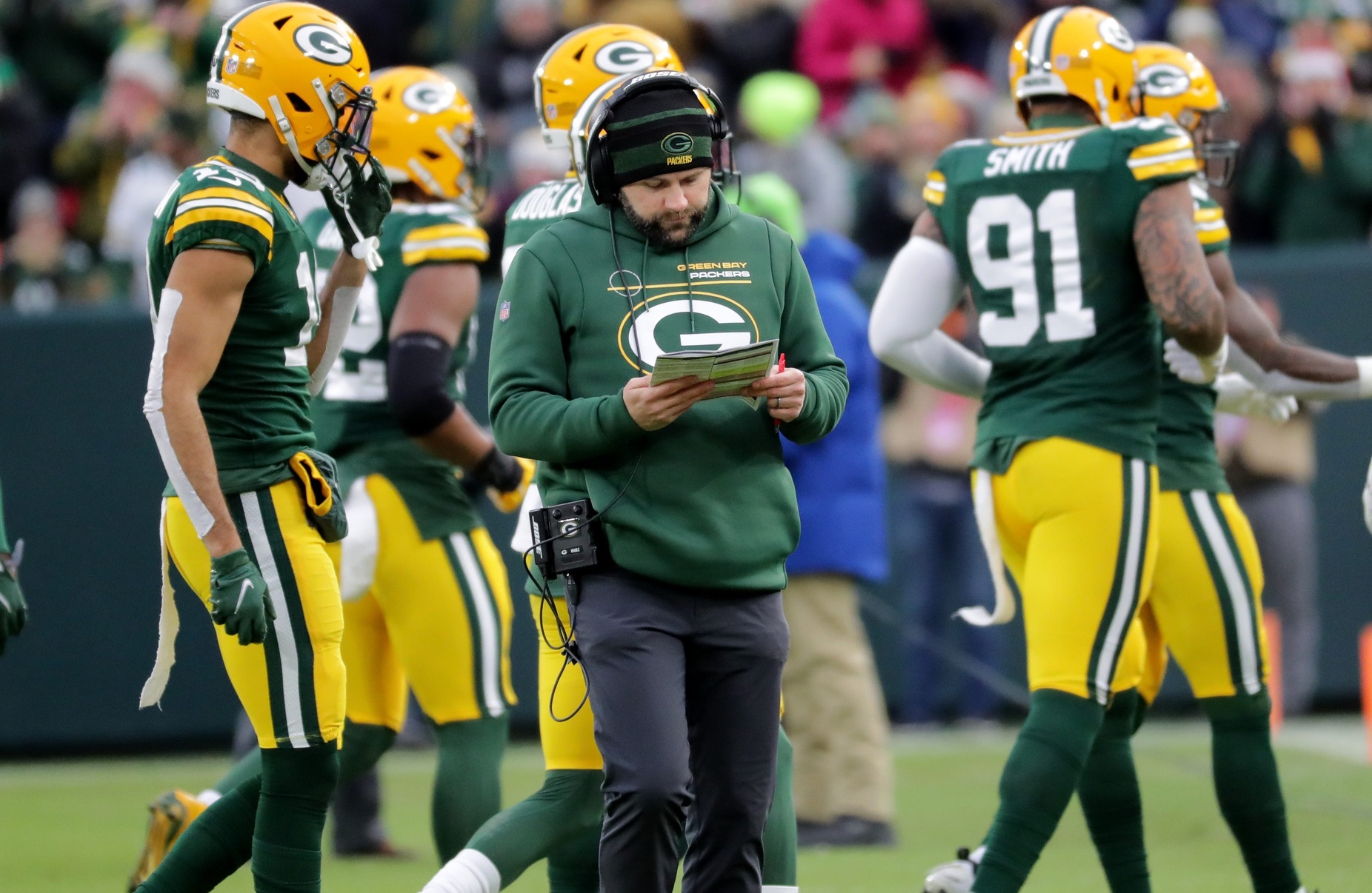 The Tampa Bay Buccaneers plan to fire offensive coordinator Byron Leftwich, according to multiple reports. The Buccaneers were eliminated from the postseason on Monday following their lifeless 31-14 defeat at the hands of the Dallas Cowboys. Leftwich’s offense didn’t score their first points until the dying seconds of the third quarter.

Leftwich’s offense was out of sorts all season long. The Buccaneers failed to run the football effectively, which disappointed head coach Todd Bowles. The Buccaneers averaged a league-low 76.9 rushing yards per contest and much to Bowles’ dismay, ended up leading the league in passing attempts.

Change is afloat in Tampa. Tom Brady isn’t expected to return at quarterback. Bowles will now lead a search for his next offensive coordinator. We’ve swiftly identified three potential candidates.

Eagles offensive and defensive coordinators Shane Steichen and Jonathan Gannon are head coaching candidates. The Eagles possess a third assistant in passing game coordinator Kevin Patullo that’s due for a promotion. The 41-year-old Patullo recently interviewed for the Jets’ offensive coordinator opening. Expect Patullo to be a candidate in Tampa Bay as well.

There’s an existing relationship between Bowles and Patullo that’s worth acknowledging. Patullo served as Bowles’ quarterbacks coach in East Rutherford for two seasons (2015-16) while Bowles coached the New York Jets. Patullo has since enhanced his offensive resume by working under Frank Reich and Nick Sirianni.

Eagles quarterback Jalen Hurts and Philadelphia’s passing game have taken sizable steps forward under Patullo. Hurts’ progression as a pure thrower of the football reflects well on Patullo. The Buccaneers should submit a request to interview Patullo.

Here’s a candidate that may shock people. The Colorado Buffaloes recently fired Karl Dorrell and replaced him with Deion Sanders after a historically bad 0-5 start to their 2022 campaign. Dorrell has plenty of experience coordinating offenses and could set his sights on returning to the pro ranks. At the NFL level, Dorrell was most recently an assistant head coach for the Miami Dolphins in 2019.

Dorrell has also worked for the Denver Broncos, Houston Texans, and New York Jets. Dorrell spent Bowles’ entire tenure in East Rutherford (2015-18) as his wide receivers position coach. Bowles will almost certainly prefer to hire a candidate he possesses familiarity and an existing relationship with. Dorrell and Bowles share philosophical similarities. Dorrell checks a lot of boxes for Bowles.

Vrable is seen as an ascending coach around the league. Vrable played quarterback at Marietta College before embarking on a coaching career. He broke into the NFL as a quality control coach with the Buffalo Bills in 2013 before joining Bowles’ staff in New York in 2017. Vrable spent two years as an offensive assistant with the Jets.

Packers head coach Matt LaFleur immediately hired Vrable as an offensive assistant upon his arrival (2019) in Green Bay. Vrable has since been promoted twice, first to wide receivers coach and now to passing game coordinator. Packers quarterback Aaron Rodgers routinely praises Vrable, who has been a valuable asset to LaFleur.

Bowles gave Vrable one of his first NFL opportunities. Vrable has since improved his resume under LaFleur. Bowles should possess an interest in reuniting.