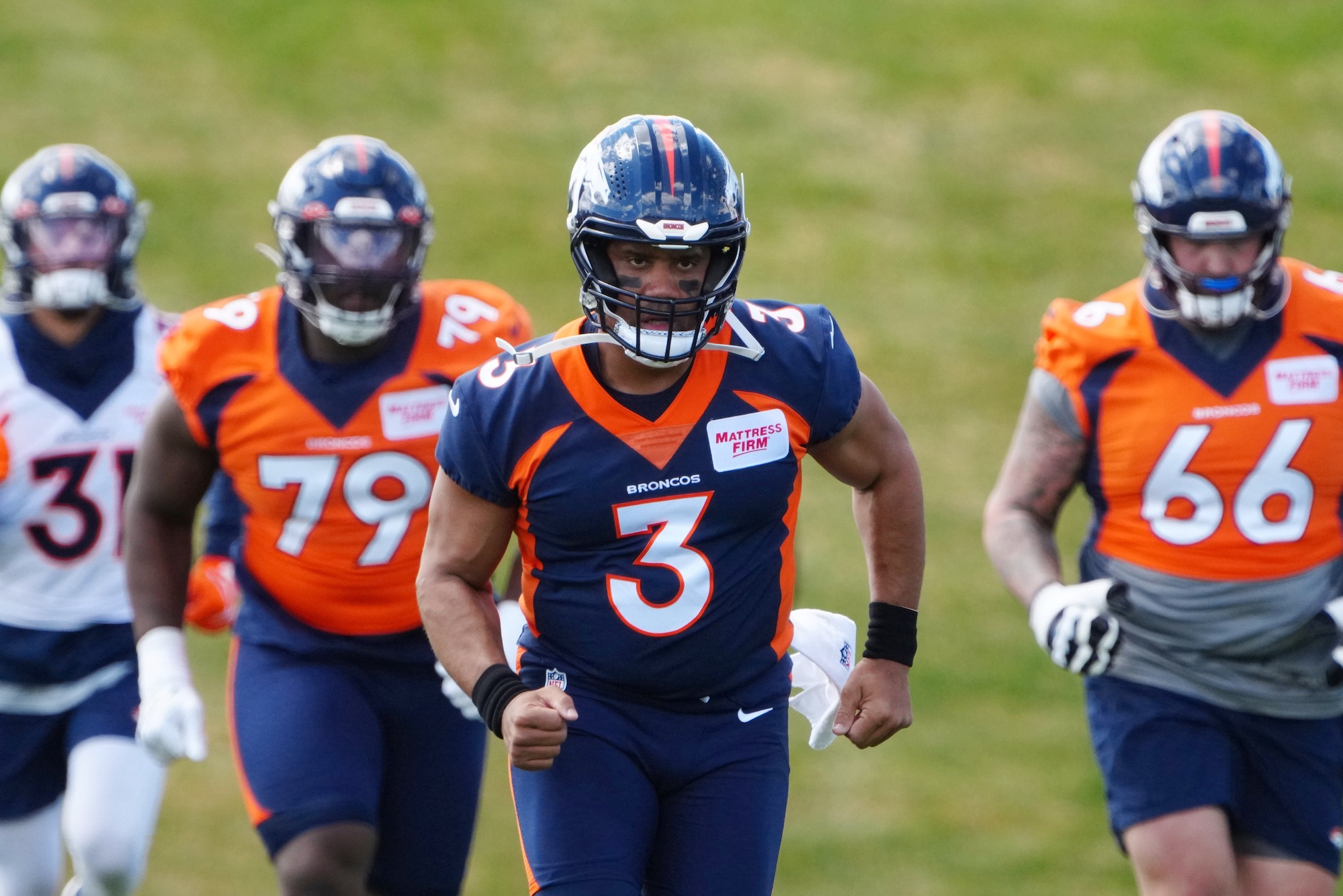 Broncos Have Best Chance To Go From Worst To First

The impending 2022 NFL season represents a new beginning for all 32 franchises, and that sentiment rings especially true for teams that experienced particularly disappointing campaigns in 2021. Eight squads that finished in last place in their respective divisions have had to reevaluate the state of their roster throughout the offseason while chasing necessary improvement. When closely analyzing last year’s fourth-place finishers, the Denver Broncos appear to have the best opportunity to go from worst to first in 2022.

The Broncos undeniably made the most aggressive offseason move among the candidates when they acquired superstar quarterback Russell Wilson from the Seattle Seahawks in exchange for three veteran players and several immediate and future draft selections. Broncos General Manager George Paton spent his first season in charge examining the team’s less-than-desirable quarterback situation. Teddy Bridgewater and Drew Lock played a rather pedestrian brand of football throughout 2021 and undoubtedly held the Broncos back from truly competing for last year’s AFC West title. Average quarterback play simply doesn’t cut it against the likes of Patrick Mahomes and the Kansas City Chiefs, Justin Herbert and the Los Angeles Chargers, and Derek Carr and the Las Vegas Raiders.

The Broncos managed to capture a semi-respectable seven victories last season despite fielding an underwhelming offense. The Broncos finished 19th in total offensive yards gained per contest (330.5), 19th in passing yards per game (211.4), and most importantly, 24th in points scored per contest (19.7). It accurately reflects an ineffective offense that was largely a result of poor quarterback performances. Defensive-minded head coach Vic Fangio and in-over-his-head offensive coordinator Pat Shurmur simply couldn’t elevate an offense that lacked a true difference-maker under center.

Acquiring Wilson changes everything. A nine-time Pro Bowler, Wilson has inherited an elite supporting cast. Weapons at the playmaking positions weren’t an issue last season, the quarterback was. It’s rather conceivable to expect Wilson to take immediate advantage of receivers such as Courtland Sutton, Jerry Jeudy, and Tim Patrick. Together they make up one of the more exciting and dynamic pass-catching trios across the entire league. Albert Okwuegbunam is a potentially budding star at tight end and makes for an excellent fourth option. In the backfield, Wilson can lean on not one, but two starting-caliber running backs in Javonte Williams and the recently re-signed Melvin Gordon III. Offensively, the Broncos are set up for immediate success with Wilson now running the show.

New head coach Nathaniel Hackett also feels like an appropriate leader to oversee a new-look Broncos offense. Hackett takes over in Denver after serving as Matt LaFleur’s offensive coordinator with the Green Bay Packers for the previous three campaigns. Hackett has been prepared for this opportunity by working as LaFleur’s understudy in a popular offensive system and scheme that is widely employed by several NFL franchises in today’s league. The Broncos are expected to transition to this system, which has been successfully utilized by the Packers, Los Angeles Rams, San Francisco 49ers, and Tennessee Titans in recent seasons. Despite being a first-time head coach, Hackett’s presence leans favorably to projecting improvement for the Broncos. It certainly makes you feel better about their chances than if Shurmur was still in charge of the offense.

The Broncos were solid defensively last season and it’s fair to project a continuation of that success. They finished eighth in yards allowed per contest (326.1) and third in points allowed per game (18.9) while often allowing their underperforming offense to hang around in the fourth quarter. The Broncos may miss the outgoing Fangio, but there’s enough talent on the defensive side of the ball to foresee production.

The Broncos didn’t lose any crucial defenders in free agency and managed to add several immediate starters. D.J. Jones will bolster their presence in the trenches, and K’Waun Williams adds depth to an already stellar cornerback group. Most importantly, the addition of Randy Gregory via a five-year contract worth a sizable $70 million should help improve a pass-rushing unit that finished 19th in sacks last season. A returning Bradley Chubb should also help the Broncos apply more pressure to opposing pockets than they did a year ago. New defensive coordinator Ejiro Evero has inherited a defense that’s loaded with talent and his stellar coaching resume suggests he’ll place their individual talents in positions to be successful.

Predicting the Broncos to win the AFC West may qualify as a bold prophecy for some given the state of the division. The AFC West currently holds the appearance of arguably qualifying as the most competitive division in the history of professional football. All four contending teams possess franchise quarterbacks and overall rosters that should contend for a Super Bowl. The Broncos loaded up by acquiring Wilson this offseason, but the Raiders achieved similar results by adding Chandler Jones and Davante Adams, and the Chargers signed the best cornerback in the league in J.C. Jackson. The Chiefs are still the Chiefs despite losing Tyreek Hill.

The division certainly complicates matters to a notable extent, but the Broncos have enough talent to go from last to first.