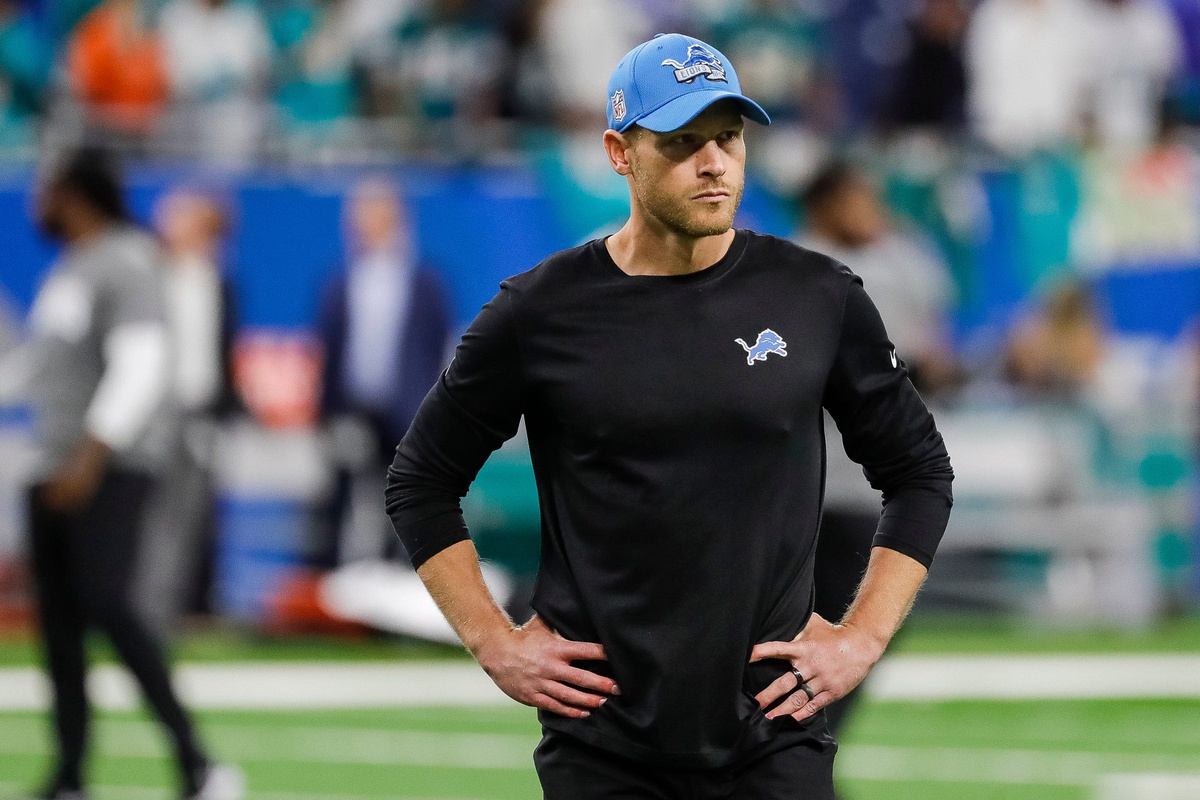 The Denver Broncos fired head coach Nathaniel Hackett on Monday afternoon, the team confirmed via social media. The writing was on the wall for Hackett, who oversaw a historically embarrassing 51-14 loss to the Los Angeles Rams on Sunday. Hackett was overwhelmed as a first-year head coach. The Broncos routinely looked unprepared under Hackett’s tutelage. Sideline squabbles among underperforming players and general chaos had become the norm on Hackett’s watch.

Paton’s search may center around locating a candidate that’s capable of rejuvenating Russell Wilson. Wilson has been abysmal for the Broncos this season, but a five-year, $245 million extension ties Wilson to the Broncos for the foreseeable future. The Broncos have no choice but to attempt to salvage their deal for Wilson by hiring a coach that can build around his strengths and weaknesses.

Jared Goff is arguably enjoying a career-best season under Johnson’s influence. Johnson’s ability to build a system around Goff may be appealing to a Broncos franchise that possesses a struggling quarterback under center. Could Johnson help Wilson return to Pro Bowl form? Johnson should get an interview in Denver.

The Broncos attempted to hire an offensive-minded guru in Hackett and it failed miserably. Ascending offensive minds are all the rage in today’s pass-happy NFL, but Paton may prefer to travel in a different direction altogether. Bills defensive coordinator Leslie Frazier is an excellent candidate.

The Broncos were a rudderless ship under Hackett’s lackluster leadership. Players have been seen arguing and shouting at one another on the sidelines as their lifeless season marches to its merciless end. Denver’s locker room requires a strong voice to restore respect, prominence, culture, and direction. Frazier can deliver all of the aforementioned necessities.

The 63-year-old Frazier is one of the best defensive coordinators in the league. He is coaching a Bills defense that appears primed to finish as a top-five scoring defense for the second consecutive season. Frazier is overdue to receive the second head coaching opportunity of his illustrious career. Denver made a mistake by sacrificing Vic Fangio for Hackett. Appointing Frazier would nearly qualify as a do-over.

NFL franchises routinely identify coaching candidates from the best teams in the league. The 13-2 Philadelphia Eagles are undeniably at risk of losing both offensive coordinator Shane Steichen and defensive coordinator Jonathan Gannon. Steichen may be especially appealing to Paton and the Broncos.

Steichen checks a lot of the boxes Johnson does from a candidate’s perspective. Steichen’s work alongside Eagles quarterback Jalen Hurts has been beyond impressive. Hurts has gone from a fringe starting quarterback to an MVP candidate in one short season. Steichen is going to reap the benefits of Hurts’ ascension.