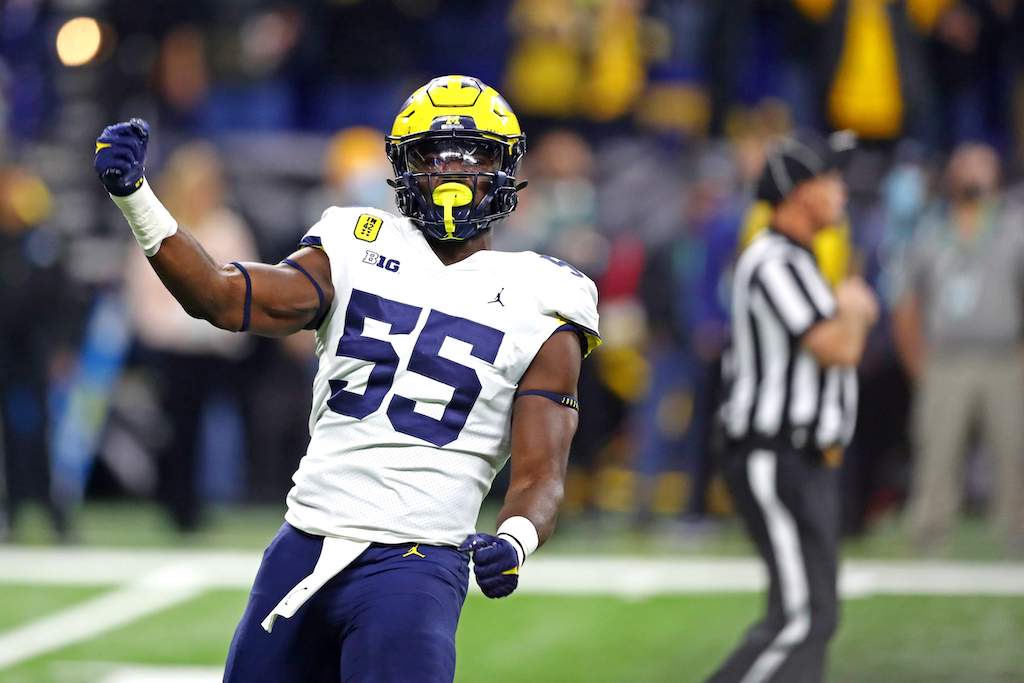 3 EDGEs Broncos Should Target In Draft or Free Agency

Denver Broncos general manager George Paton has an eye pointed toward the 2022 campaign. Paton's Broncos disappointingly failed to qualify for the postseason after finishing in last place in an ultra-competitive AFC West. Denver's three inner-divisional rivals each made the playoffs, and Paton realizes the Broncos must take several steps forward this offseason if they hope to compete for a division title in 2022. Paton made a bold decision by relieving former head coach Vic Fangio of his duties. Fangio will be succeeded by ex-Packers offensive coordinator Nathaniel Hackett as the Broncos hope to improve offensively. There are several crucial items on Paton's offseason to-do list, and Paton recently confirmed that adding quality edge defenders is one of them. The Broncos struggled to accumulate sacks following Von Miller's departure. Fellow starting outside linebacker Bradley Chubb missed more than half of the season with an ankle injury that required surgery and the Broncos racked up just 36 sacks in 17 games. Veteran defensive end Shelby Harris led the club with a pedestrian six sacks. The Broncos are well-positioned against the salary cap currently and possess more than $ 39 million in cap space, per Spotrac. We've identified three edge defenders Paton and the Broncos should attempt to add in free agency or via the 2022 NFL Draft.

The Broncos currently possess the ninth-overall selection in the draft. While many are pegging a quarterback at that spot, Paton may surprise the masses by selecting a quality edge defender instead. The Broncos passed on the opportunity to select a quarterback in the top 10 in a 2021 class that featured a much stronger overall crop of passers. The Broncos will likely aggressively pursue a veteran quarterback such as Aaron Rodgers or Russell Wilson via a blockbuster offseason trade before settling for a quarterback in this year’s class. Should Paton prioritize an edge rusher, Florida State's Jermaine Johnson would represent a strong selection. Johnson had an outstanding week at the Senior Bowl while routinely serving as the best overall player in attendance. Johnson's rare combination of speed, length, and power pairs beautifully with a red-hot motor that makes him a premium player in this class. In 12 games with the Seminoles in 2021, Johnson totaled 70 tackles, 17.5 tackles for loss, and 11.5 sacks en route to being named the ACC Defensive Player of the Year. Johnson significantly boosted his draft stock in Mobile, and the Broncos are one of many edge-needy teams that certainly took notice.

Paton may prefer to pair Chubb with a more proven veteran as opposed to relying on another rookie opposite the former NC State standout, who continues to recover from ankle surgery. Securing the services of a prized edge defender via the free agency market would best protect the Broncos going forward. Enter Randy Gregory, who the Dallas Cowboys may have difficulties retaining this offseason. The Cowboys are already paying top-dollar to Demarcus Lawrence and may decide to shift their focus to several of their other pending free agents such as Dalton Schultz, Michael Gallup, and Keanu Neal, among others. The Cowboys are currently $21 million above the 2022 salary cap, and Gregory will almost certainly receive an opportunity to reach the open market. Gregory has dealt with some off-field issues and difficulties since turning pro but has been a bonafide quarterback hunter when healthy and available. Gregory has recorded at least six sacks in two of his last three seasons, including a career-best 2021 campaign in which Gregory appeared truly motivated and dedicated to his craft. Gregory's professional arrow is very much pointing up and the Broncos would be wise to identify him as a potential offseason target.

The race for EDGE3 is officially on. Michigan's Aidan Hutchinson and Oregon's Kayvon Thibodeaux are largely viewed as the two best pass rushers available in the 2022 NFL Draft, and several players are vying to become the third edge defender drafted in a class that's loaded with high-upside players. That list includes the aforementioned Johnson, Purdue’s George Karlaftis, Georgia’s Travon Walker, and Hutchinson's Wolverine running mate, David Ojabo. Ojabo is an extremely exciting and ascending talent whose flashes of brilliance and raw skill set shined especially bright all throughout a breakout campaign in 2021. A Nigerian native, Ojabo exploded onto the scene by recording a haunting 11 sacks in 13 appearances this past season. Ojabo possesses breathtaking burst, speed, bend, and the first-step explosiveness necessary to routinely flatten at the top of the arc and defeat would-be blockers. Ojabo possesses rare athletic tools and traits that don't typically last long in April. Ojabo will almost certainly be drafted earlier than some are projecting, and witnessing the Broncos roll the dice on his abilities at ninth overall wouldn't qualify as a particularly shocking development.