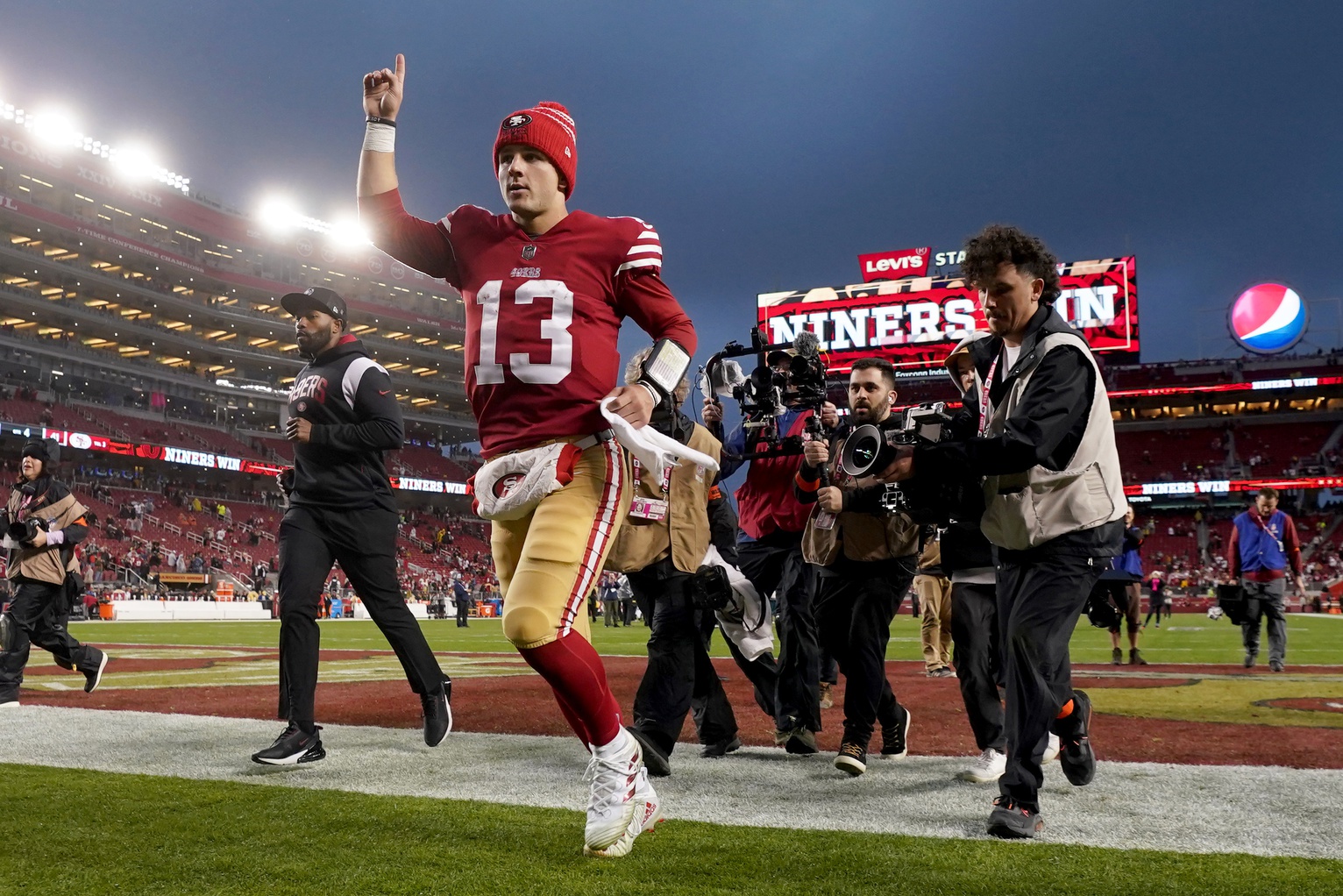 Brock Purdy Should Continue To Thrive In 49ers’ Offense

Deemed ‘Mr. Irrelevant’ by the nature of being selected with the No. 262 overall pick back in April, San Francisco 49ers quarterback Brock Purdy has been everything but irrelevant as he leads the 49ers into the divisional round of the NFL playoffs. QB3 on the depth chart as training camp arrived, a path to snaps looked far-fetched for the former Iowa State standout. Slotted behind former top-five pick Trey Lance and veteran Jimmy Garroppolo, third-team snaps and meetings were his gamedays. It was exhaustive prep work for a chance at the seemingly impossible… then football happened.

The now de facto leader of the hottest team in football and arguably the team to beat in the NFC, Purdy has become not just one of the more bizarre stories of the entire 2022 campaign, but a player San Francisco has now leaned on to captain their ship to a deep playoff run. A campaign expected to be spearheaded by Lance and assisted by Garoppolo if needed, injuries reared their ugly head at the sport’s most important position. But under the tutelage of head coach Kyle Shanahan and within an offense littered with playmakers, Purdy’s grace period to success has been erased with production arriving in waves despite him just getting his feet wet at the NFL level.

Operating within an offensive blueprint lauded for allowing quarterbacks to keep it simple in the pocket, Purdy has executed to a T over the last two months. Sixteen touchdowns compared to just four picks in seven games, he’s thrown 10 touchdown passes to just two picks in his last four starts combined and has only improved as he earns more and more snaps under fire. Moreover, he’s looked like the future for a franchise that entered the campaign with a large list of questions to be answered at the quarterback spot.

With weapons in abundance, the name of the game for Purdy has been getting the ball out quickly to allow your athletes to be dynamic in space. It hasn’t been a lot of scanning the field, making three or four reads in the pocket. Instead, it’s been Purdy’s ability to take what’s given, stretch the field when given time, and hit his targets in stride to fuse yards after the catch that has been paramount to his success.

Purdy wasn’t lauded during the draft process for a reason and he was drafted in the seventh round for a reason, but at times, all it takes is for the metaphorical lightbulb to go off. His preparation when the cameras were off has seen him shine on the brightest stage for a reason.

At times, we get so caught up in the herculean traits and tools of talents under center, eyeing the ‘next big thing’ to take over the position. But there’s something to be said about someone that just understands how to conduct an offense at the sport’s highest level away from ideal size, dual-threat-ability, or having the arm to drop it 50 yards into a bucket.

Purdy’s knack for constantly making the right reads has been paramount for Shanahan, and when you have a variety of weapons to pepper on the perimeter, the young signal-caller doesn’t have to pull rabbits out of his hat to put points on the board. And as soon as you prepare to stall a Christian McCaffrey, Deebo Samuel, or George Kittle and you finally get a free rusher in his face, he can make a man miss and pick up yards in the ground game. He’s not trying to play hero ball, living to see the next down while, all in all, just displaying good quarterback play and confidence within chaos. Scheme, talent, and execution, it’s all quickly come together with him at the helm.

While I won’t sit here and anoint him as the top QB in the 2022 class just yet, nor will he be favored to outplay one of the more talented quarterbacks in the next round(s) of the playoffs, executing a playbook is something the seventh-round rookie has mastered early on in his career. Credit to Shanahan is deserved for structure, sure, but the head coach doesn’t have shoulder pads on. In just a little over a handful of starts, Purdy has been nothing short of superb since he’s been given the keys to the offense. And moving forward, if the last two months have been any indication of what to expect moving forward, he should continue to thrive.