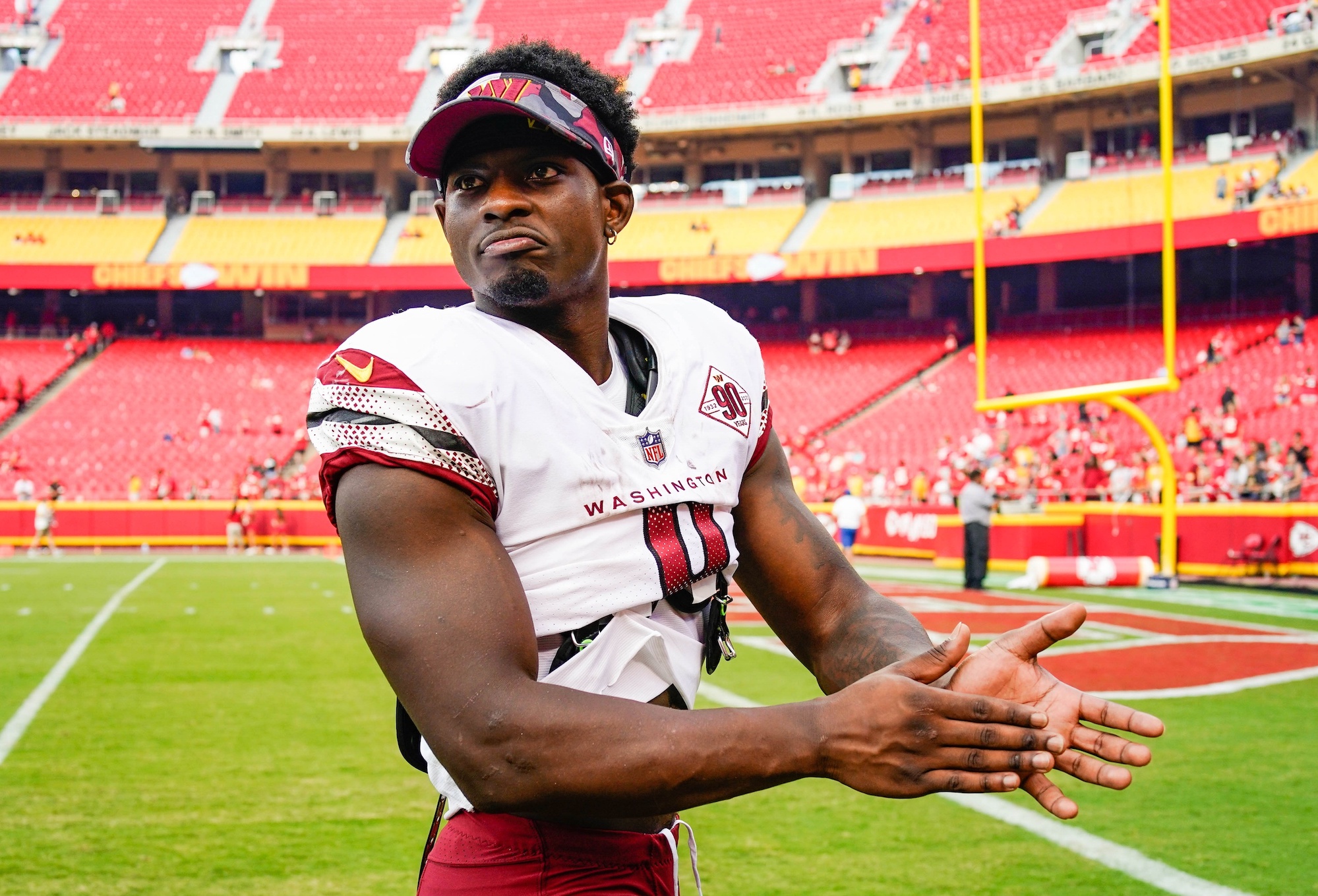 An intriguing reinforcement is nearing a return for the Washington Commanders. Commanders head coach Ron Rivera confirmed that rookie running back Brian Robinson Jr. was being activated off the team’s non-football injury list. It represents another step in Robinson Jr.’s comeback after being shot twice in late August.

Robinson Jr. has been cleared to return and will practice Wednesday for the first time since the shooting. He should claim an immediate role in Washington’s unpredictable backfield and should improve a 21st-ranked rushing offense that’s collectively averaging 100.5 yards on the ground per contest. It shouldn’t be long before he begins receiving the majority of carries.

Robinson Jr. is no stranger to carrying heavy workloads when necessary—he could become Washington’s workhorse. In 2021, Robinson Jr. spearheaded Alabama’s backfield by carrying the ball on a healthy 271 occasions for 1,343 rushing yards and 14 touchdowns. He added 35 receptions for 292 yards and two additional touchdowns.

There’s a reason Washington is looking forward to Robinson Jr.’s return. Antonio Gibson has been ineffective for the Commanders. Gibson has failed to total 50-plus rushing yards in three consecutive losses despite leading the Commanders in carries in all three contests. Gibson is averaging a disappointing 3.3 yards per carry on the season. It places Robinson Jr. in an ideal place to quickly supplant the struggling Gibson.

It’s easy to pinpoint Washington’s frustration with Gibson’s unproductive showings. In Sunday’s 25-10 loss to the Dallas Cowboys, the tandem of Jonathan Williams and J.D. McKissic combined to match Gibson’s 13 carries. Both players were significantly more efficient than Gibson was, too. Williams averaged a team-high 9.6 yards per carry and McKissic averaged 5.0 yards per carry, while Gibson’s output was a team-low 3.8 yards per carry. It’s tough to defend Gibson when his teammates are outproducing him.

Washington’s uneven backfield usage indicates their staff is searching for answers. The Commanders have significantly more invested in Robinson Jr. than they do in Williams or McKissic. It indicates Robinson Jr. will receive an immediate opportunity to become their new lead running back. There isn’t much standing in his way, either.

Gibson has been in Washington’s doghouse since a preseason fumble (seven fumbles in 30 appearances at the time) momentarily relegated him to third-team offense and special teams duties. Gibson notably hasn’t fumbled during the 2022 campaign yet, but the Commanders are still searching for solutions to replace him. Gibson remains on a short leash nonetheless and may be permanently stapled to the bench if he dares to put the ball on the ground.

It’s also worth noting Robinson Jr. impressed throughout training camp and the preseason. In two exhibition contests, Robinson Jr. totaled 72 yards and a touchdown on 16 touches. He showcased the same juice and decisiveness that made him such an intriguing prospect coming out of Alabama (First-Team All-SEC).

Washington immediately placed Gibson on notice when they called Robinson Jr.’s name with the No. 98 overall selection in the 2022 NFL Draft. Commanders general manager Martin Hayhew drafted a running back with another top-100 pick because Gibson continues to put forth less-than-stellar performances. That sentiment remains true through four weeks. Brian Robinson Jr. will eat into Gibson’s diminishing usage as soon as he’s back on the field.