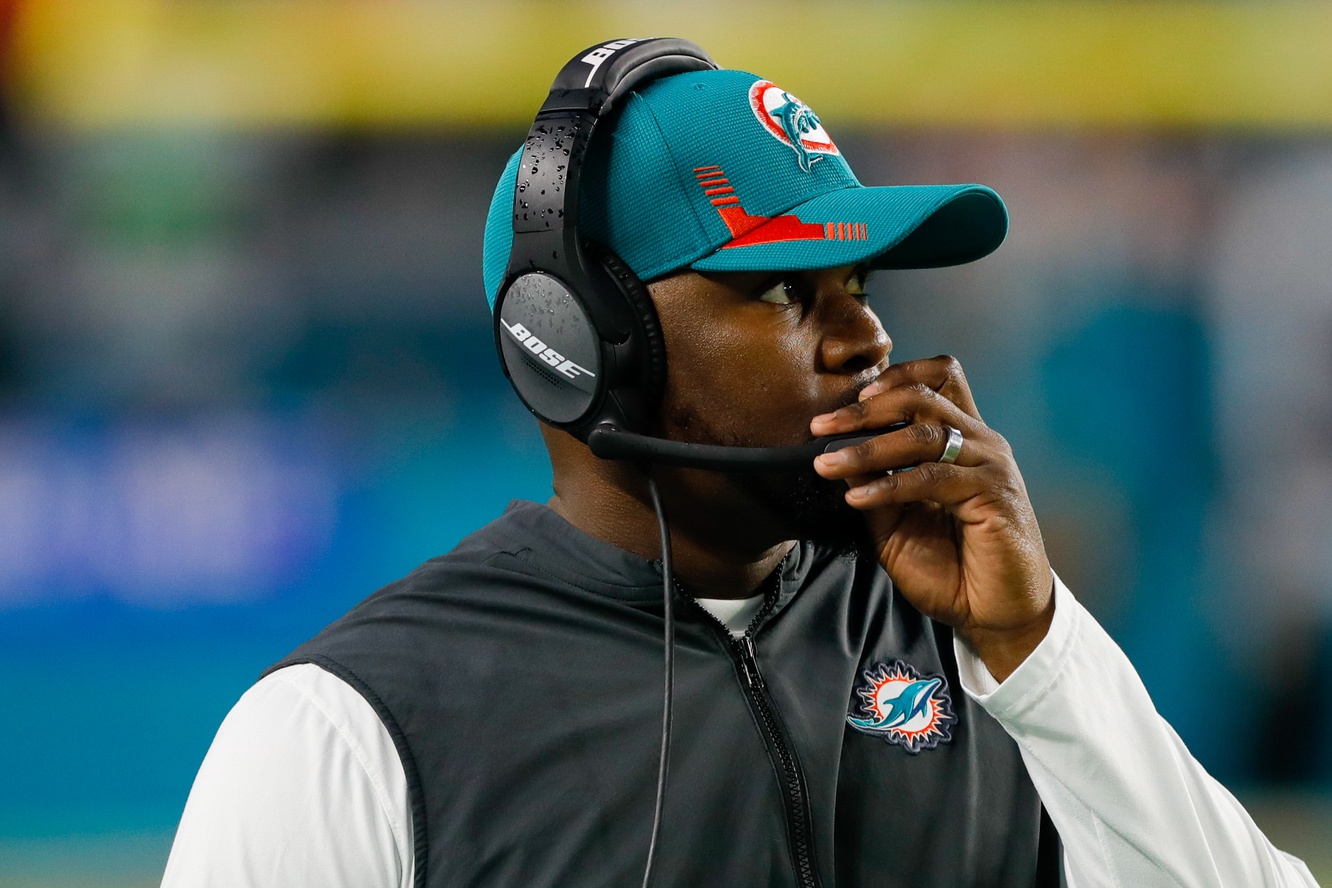 The Miami Dolphins sent legitimate shockwaves around the league when they announced the firing of head coach Brian Flores on Monday morning. An ascending coach and a brilliant defensive mind that earned his chops under the tutelage of Bill Belichick in New England, the 40-year-old Flores went 24-25 across three seasons as Miami's head honcho while unfortunately failing to qualify for the postseason while in charge. Flores will now collect himself in the wake of the unexpected development and put his best efforts forward while hoping to attain another head coaching position ahead of the 2022 campaign. He projects as a hot candidate for any and all job openings as his reputation as an excellent leader remains relatively intact despite falling short of his goals in Miami. It won't be long before the former Patriot and four-time Super Bowl winner attracts attention on what promises to be an unpredictable coaching market. With our predictive eyes firmly pointed toward the chaos, these three teams should aggressively pursue Flores.

The Broncos undeniably own one of the most attractive openings on the current market. Firstly, general manager George Paton has helped build an exciting and intriguing roster that is bursting at the seams with talent on both sides of the ball. The quarterback position remains unfortunately elusive in Denver, but Paton has accumulated an extremely talented group of offensive skill players that will serve as the ideal supporting cast for whichever quarterback finds themselves lucky to inherit this situation in the offseason. Secondly, Flores was largely considered a strong candidate and finalist for the Broncos' head coaching opening in 2019 prior to their hiring of Vic Fangio. Flores was just one of five candidates to interview for the job at the time, signaling that he made the rather tiny shortlist. The Bowlen family alongside John Elway have a high understanding of the type of coach they're looking for. They will undoubtedly pursue a strong leader with the capabilities to oversee and represent the franchise in an ideal manner. Flores possesses all of the qualities they're looking for.

The Texans did not fire David Culley on Monday, as the organization has reportedly decided to take their time while evaluating Culley and their football operations over the next several days. It doesn't guarantee that Culley keeps his job, and Houston may still find themselves joining the list of teams looking for their next head coach. Should the unfortunate occur, Flores will immediately become a frontrunner on Houston's shortlist. Flores spent an astounding 14 years inside the New England Patriots' organization alongside current Texans general manager Nick Caserio. Flores began his stint as a Patriot as a scouting assistant while Caserio served as the team's director of pro personnel, and both individuals held various roles throughout their shared tenure. Disgruntled quarterback Deshaun Watson also serves as an elephant in the room here. Watson largely reported to prefer the Dolphins as his next destination due to the presence of Flores, and it's unclear if Flores' departure will change things for Watson personally. The relationship between Watson and the Texans is likely irreparable, but one can't help but wonder if appointing Flores would give Watson reason to reconsider. Even if it doesn't, there's a lot of reasons why Flores to Houston makes sense.

Above all, Jacksonville's next head coach must be a strong leader that's capable of ushering the franchise forward while navigating through the toxic waters brought onto the franchise by the disastrous Urban Meyer era. Meyer, unfortunately, left his stink throughout the franchise despite lasting just 10 short months on the job. Meyer alienated assistant coaches and fractured several relationships inside a now fragile locker room that was forced to deal with his ego and unsuccessful approach to the professional game. Jaguars fans are undeniably hoping to hire an offensive guru that could help rookie quarterback Trevor Lawrence take the necessary steps while developing into a legitimate franchise signal-caller, but don't underestimate the value that a powerful leader like Flores can bring to a ship that needs righting. Owner Shad Khan must prioritize the hiring of a solid and sound communicator that can help rebuild the relationships that were threatened by Meyer. Flores should qualify as a strong candidate.