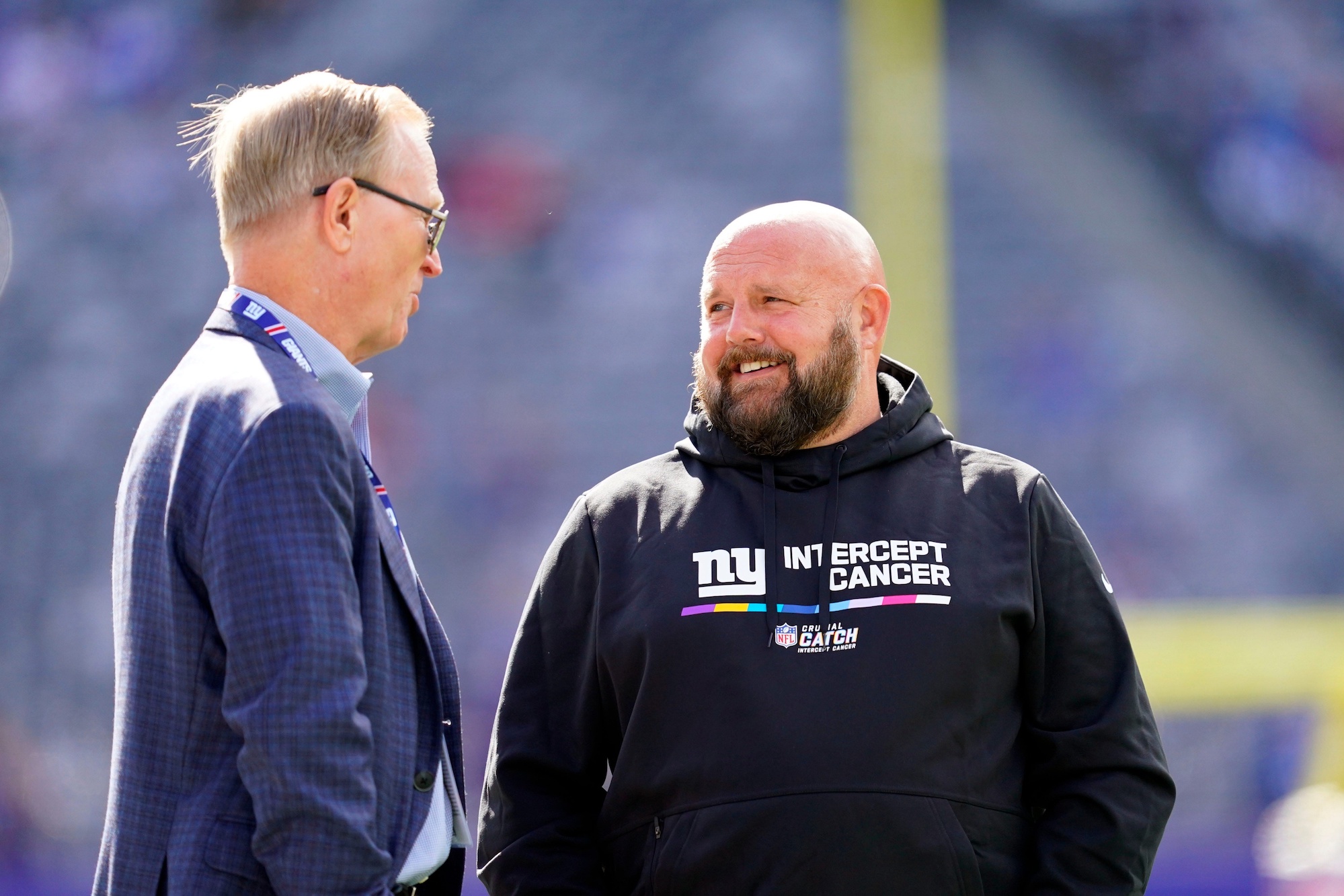 No, it’s not because players are underperforming or because he’s dealing with conflict within his coaching staff. It’s actually quite the opposite. Daboll has—somehow, some way—pulled five wins in six weeks out of a roster that we at The Draft Network ranked as the NFL’s absolute worst ahead of the season. If Daboll has been able to achieve more with (much) less, what does that mean for other coaches managing rebuilds, both now and going forward?

First, we need to give Daboll the credit he’s owed for the success he’s had so far this season. Expectations for the Giants entering the 2022 season were virtually non-existent.

Their roster lacked dynamic playmakers with a quarterback that every year seemed less and less worthy of being Eli Manning’s successor, and a wide receivers room featuring a lackluster Kenny Golladay, a dropsy Darius Slayton, an injury-prone Sterling Shepard, and a couple of unproven young guys in Kadarius Toney and Wan’Dale Robinson. Running back Saquon Barkley had yet to return to form as the dominant rusher he was before his ACL injury as well and the offensive line in front of quarterback Daniel Jones and him still looked a mess. The defense, after a promising 2020 season, took a step back in 2021 without nose tackle Dalvin Tomlinson, then lost safety Jabrill Peppers, cornerback Logan Ryan, and edge rusher Lorenzo Carter this past offseason.

Not only was the roster bad, but the culture and vibes inside the organization were also abysmal. Former general manager Dave Gettleman had played a big part in running the roster into the ground with more than a few questionable decisions. None of the three previous head coaches—Ben McAdoo, Pat Shurmur, and Joe Judge—had lasted more than two years at the helm. And under their tenures, the Giants had turned into perennial losers with a 22-59 record and zero seven-plus-win seasons between 2017 and 2021.

That was the state of the team Daboll—along with new general manager Joe Schoen—took over and hoped to improve.

Daboll, for his part, did everything he could to work on improving the culture within the building. As a head coach with an offensive play-calling background from his previous job as the offensive coordinator in Buffalo, the early expectation was that he would take over those duties with the Giants. That, surprisingly, did not turn out to be the case. Instead, he turned over control of the offense to his offensive coordinator, former Kansas City Chiefs passing game coordinator Mike Kafka. Rather than running the offense, Daboll committed to the more personal, people-to-people responsibilities of being a head coach.

That, so far, has been a rousing success. The Giants have looked completely reinvigorated as a team compared to where they were at any point last season. The players clearly love Daboll, and he’s gotten nearly everyone on the roster, from Jones to Barkley to rookie edge rusher Kayvon Thibodeaux to receivers Richie James and David Sills V locked in and playing their absolute best football.

Again, this was a roster that was ranked among the worst in the league before the season. James and Sills were guys that no one thought of as real contributors ahead of this season, but the former leads the team in receiving yards and the latter has come through in some big moments already. Jones was seemingly on his way out ahead of this year but is suddenly playing some of the best football of his career, turning the ball over less and already leading more game-winning drives this season than in every previous season combined. His four such drives also lead the NFL through six weeks. Left tackle Andrew Thomas looks like the elite NFL tackle that was promised. Barkley is back to his dominant self. Thibodeaux is proving anyone who had doubts about his effort and attitude wrong, playing with a high motor and making huge plays in the clutch.

Some of the credit belongs to Kafka for helping turn the offense around with constant adjustments and evolution as the season—and each game—progresses. But a lot of it is thanks to the work Daboll did on and off the field to improve the culture within the organization. The Giants are 5-1. They have a very manageable schedule ahead and already have a greater than 70% chance to make the playoffs, per FiveThirtyEight. The team is only going to get better over time as they continue to build up the roster and make improvements on both sides of the ball.

Daboll has set a new gold standard for what coaches should be capable of in a rebuilding period. He’s taken a team at the bottom of the NFL for the last half decade and with a terrible roster to a 5-1 start by giving up offensive play-calling and focusing instead on getting his players to all buy into the culture change. As other coaches around the league struggle to string together wins on similarly rebuilding rosters—looking at the Chicago Bears’ Matt Eberflus, the Washington Commanders’ Ron Rivera and Matt Rhule, who the Carolina Panthers have already fired—higher-ups in these organizations will look to what Daboll has done with the Giants and may start wondering if they need to make a change.

Daboll and the Giants have proved so far this year that “rebuilding” no longer has to mean winning fewer games or tanking and that you can do more with less. It’s just a matter of doing things the right way and getting players to buy in and play with some fight and confidence, no matter their talent. New York will get to reap the future benefits as its roster continues to improve in the coming years.