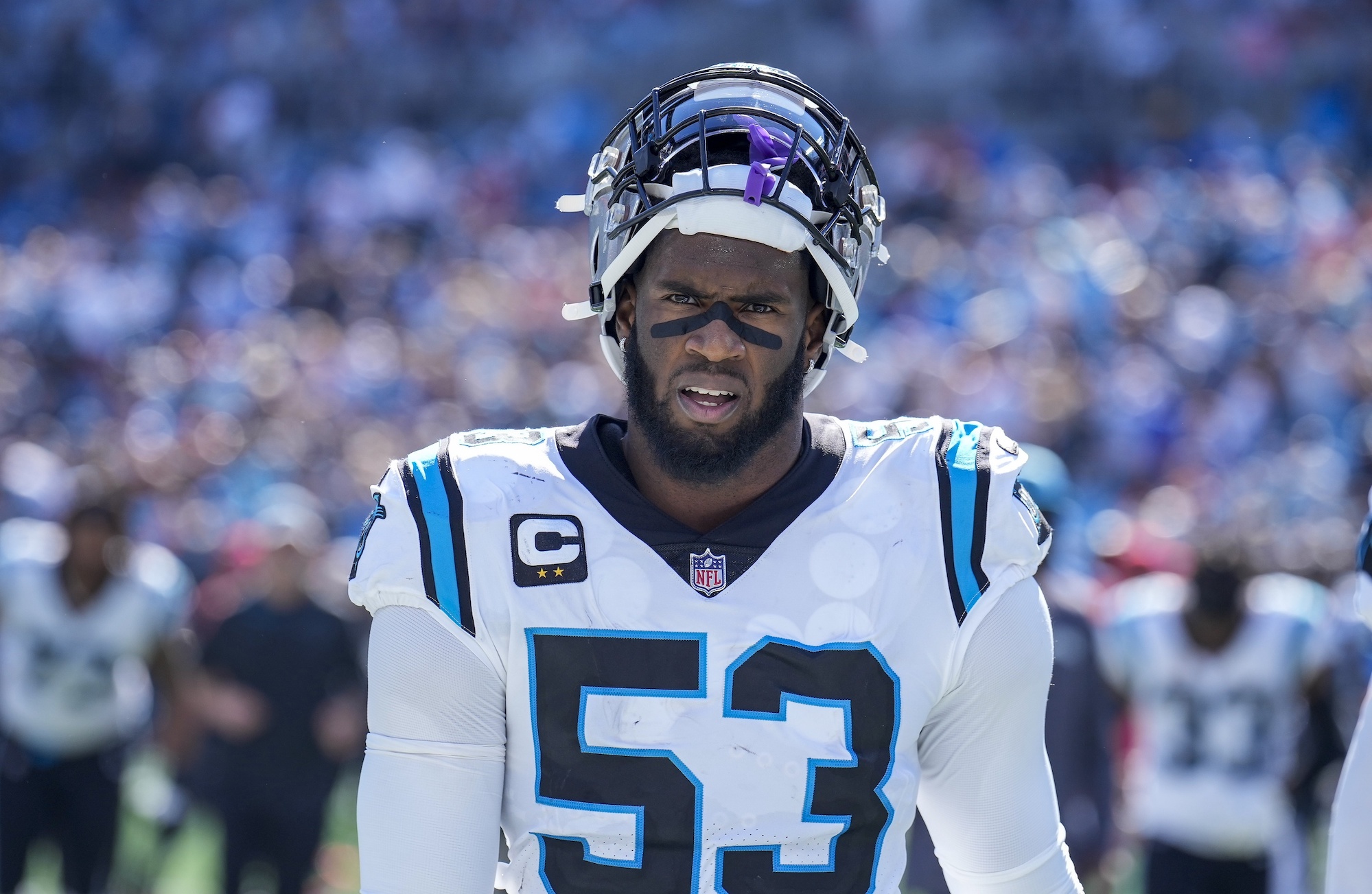 3 Teams That Should Trade For Brian Burns

The Carolina Panthers lost an overtime thriller to the Atlanta Falcons on Sunday. The defeat dropped the Panthers to a lowly 2-6. General manager Scott Fitterer has already shown a willingness to sell ahead of Tuesday’s trade deadline by dealing Christian McCaffrey to the San Francisco 49ers. Could EDGE Brian Burns be the next Panther traded?

The Panthers have reportedly been hesitant to trade Burns despite allegedly receiving aggressive offers. Could Sunday’s defeat change Fitterer’s mind? The Panthers must consider all options as they prepare for another lengthy rebuild in the offseason.

Burns is currently earning a base salary of just $2.3 million, via Spotrac. He’s under contract through the 2023 campaign via the fifth-year option which will pay him a fully guaranteed $16 million. Burns and his camp will be anxious to negotiate a long-term contract extension this offseason. We’ve swiftly identified three potential trade partners for the Panthers and Burns.

The Ravens require defensive reinforcements. Baltimore is giving up 364.3 total yards of offense per contest (ranked 24th in the league). First-year defensive coordinator Mike Macdonald is overseeing the league’s 20th-ranked scoring defense (22.9 points per contest). Something has to give.

The aging Justin Houston leads the Ravens in sacks with 6.0 quarterback takedowns. Houston is nearly 34 years old and is playing on an expiring contract. Sophomore defender Odafe Oweh is struggling to create sacks (1.0) this season and rookie David Ojabo has yet to return from a pre-draft Achilles injury.

The Ravens haven’t found immediate solutions to their recent pass-rushing woes. General manager Eric DeCosta has invested heavily in the EDGE position, but the payoff remains to be determined. Acquiring Burns would accelerate the process.

Chiefs general manager Brett Veach has contacted the Panthers regarding Burns’ availability, according to ESPN. The Chiefs have recorded just 19 sacks through seven contests. They rank 16th in the NFL in that department.

Rookie George Karlaftis has recorded 0.5 sacks and is still honing his ability to convert pressures into sacks. Free-agent signing Carlos Dunlap has just 2.0 sacks and is best utilized as a rotational defender as opposed to an every-down player. Burns would immediately become Kansas City’s most impactful EDGE defender. The Chiefs have also been linked to a move for Jaguars EDGE Josh Allen.

Kansas City owns their first-round selections in the 2023 and 2024 NFL drafts. They also possess several additional mid-round picks. Veach possesses the ammo necessary to aggressively pursue Burns. The Chiefs didn’t apply enough pressure on Bills quarterback Josh Allen throughout their Week 6 defeat to Buffalo. Allen was sacked once and routinely extended the pocket. Burns could help the Chiefs achieve their defensive milestones should they meet the Bills in this year’s AFC Championship game.

The Titans don’t appear to make sense on the surface but a deeper dive reveals them as an intriguing suitor. Star pass rusher Harold Landry suffered a season-ending torn ACL and faces a long road to recovery. Bud Dupree qualifies as a potential cap casualty. Denico Autry will enter a fate-deciding contract season in 2023 and turns 33 years old in July. Albert Breer of Sports Illustrated has wisely been tying the Titans to a potential trade for a standout EDGE rusher.

The Titans must sign Jeffery Simmons to a long-term extension that will contain $25-plus million annually. Sophomore EDGE defender Rashad Weaver has emerged as a quality player in Landry’s absence, but the rest of the Titans’ defensive line could look quite different in 2023 and beyond. A hard-nosed defensive identity is at the forefront of the Titans’ culture. Burns would fit right in.