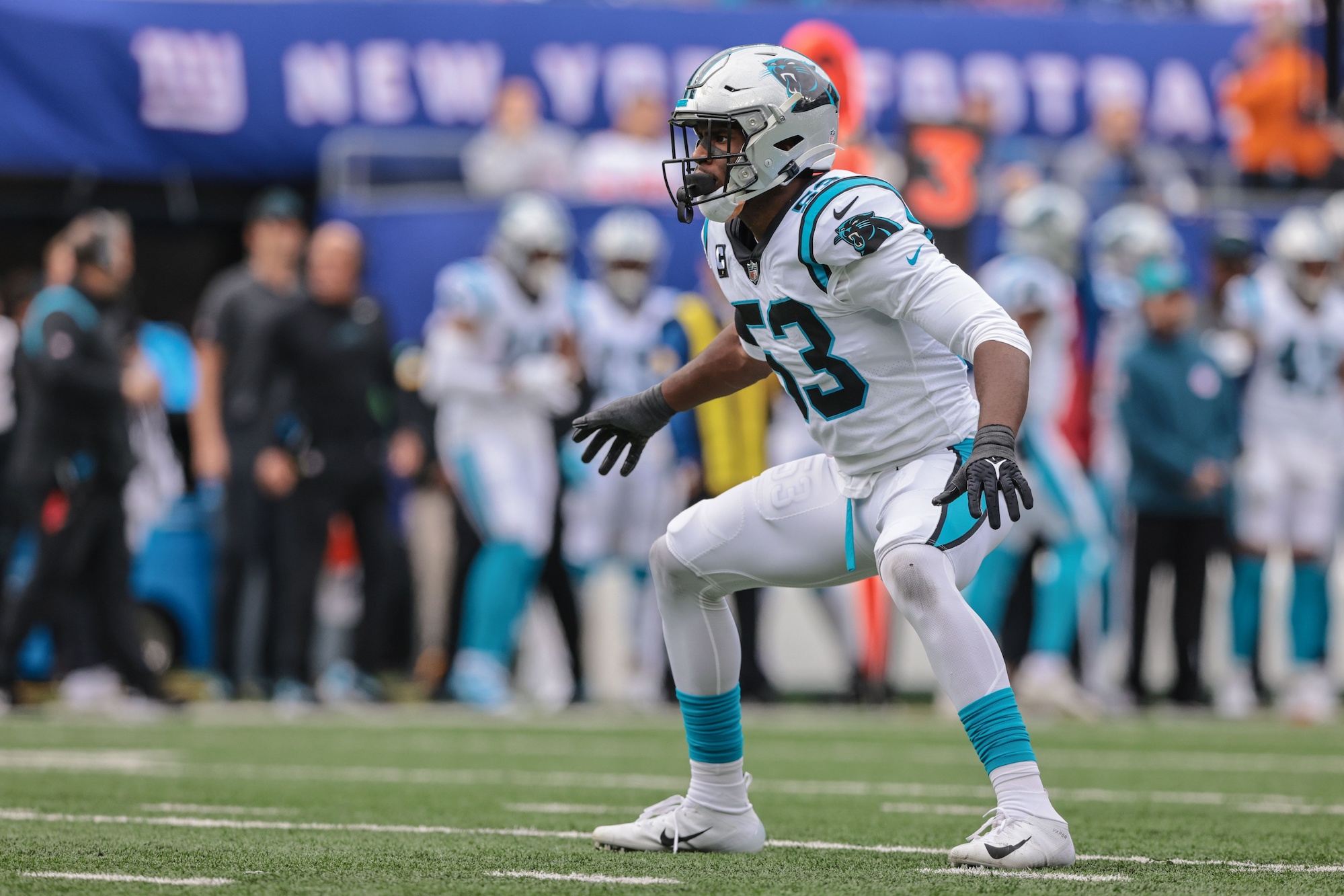 Did Panthers Make Mistake Not Trading Brian Burns For 2 First-Rounders?

The Carolina Panthers made a blockbuster move before the trade deadline, shipping out running back Christian McCaffrey to the San Francisco 49ers in exchange for 2023 second-, third-, and fourth-round picks, plus a 2024 fifth-round pick. However, a trade they opted not to make and, according to Sports Illustrated’s Albert Breer, had the opportunity to make, would have registered as an even bigger blockbuster. The Panthers were reportedly offered first-round picks in 2024 and 2025 from the Los Angeles Rams in exchange for pass rusher Brian Burns, an offer they passed on.

Despite the fact that Burns is only 24 and will likely be a part of Carolina’s team for years to come, the decision to pass on the trade will loom as a significant missed opportunity for the organization.

Without knowing the particulars of the negotiations with the Rams, and assuming there were no picks going back to Los Angeles in the proposed deal for Burns, the decision to pass up on two first-round picks for Burns is, on the surface, a mistake. This is not a slight on Burns as a player—Burns is very talented. However, the Panthers are a team entering a rebuild, and even after the McCaffrey and Robbie Anderson trades, they are in the middle of the pack with regard to draft capital beyond 2023. Carolina should have valued its optionality in the early stages of its rebuild.

In opting to keep Burns as opposed to trading him away for two first-round picks, the Panthers are severely limiting their optionality as they enter their rebuild. Keeping Burns, whose contract expires after the 2023 season, signals that the team will sign him to a contract commensurate to that of what the Miami Dolphins just agreed to with trade acquisition Bradley Chubb (who was acquired for the mere price of one first-round pick): five years, $111.25 million in maximum value, with $62.5 million guaranteed.

This contract is fair for a player of Burns’ caliber, but that misses the point. The opportunity cost for the Panthers in passing up a Burns trade amounts to more than just the first-round picks. In passing up a trade for Burns, the Panthers passed up on two first-round picks of draft capital (which can always be traded back for additional picks) and the likely $25 million in average annual value that they could have spent on other players that will now likely go to Burns.

The draft capital gleaned from this trade could have provided Carolina with incredible avenues to improve their team moving forward. Those first-round picks, had they landed high in the draft, could have turned into late first-round picks, second-round picks, and third-round picks, with trades. Had the team improved rapidly with the selection of a franchise quarterback in 2023, a move to support said quarterback for a pass-catcher in the mold of Jaylen Waddle or Tyreek Hill (players Miami acquired with… its extra first-round picks) may have become available in the 2024 or 2025 offseason. The cherry on top? If Carolina’s front office had decided the missing piece for their rebuilding operation at some point during the next three offseasons was an edge rusher in the mold of Burns? The Rams had given Carolina the ammo to trade for that player in the future!

The Rams offered Carolina a golden ticket to rebuild their team in any and every image they decided, on the fly, in the next few years. The Panthers opted instead to pay Burns somewhere around $25 million per year for the next five years.

The Panthers also should have considered Los Angeles’ likely regression, or at the very least the uncertainty that comes with draft picks so far into the future, in their calculus of whether or not to accept the offer for Burns. The Rams are currently staring down the barrel of a dire salary cap situation in 2023 and 2024 while facing the reality that their quarterback has declined this season, their head coach and best defensive player both considered retirement last offseason, and their offensive line has been a disaster this season.

While the Burns move would have been next in the string of “all-in” moves for the Rams, it is far from a guarantee to have worked. At least one of the picks Carolina was slated to acquire for Burns may well have been near the top of the draft, similar to the situation that unfolded in the Seattle Seahawks’ trade for former New York Jets safety Jamal Adams. The Jets used one of those selections to pick wide receiver Garrett Wilson 10th overall in the 2022 NFL Draft and packaged the other selection to move up and select offensive lineman Alijah Vera-Tucker. Do you think they’d rather have those young cornerstones on rookie contracts for the next four years, or… Jamal Adams?

Burns is a proven commodity. He will be a cornerstone player for the Panthers in their rebuild, along with Jaycee Horn, D.J. Moore, Ikem Ekwonu, Jeremy Chinn, and Derrick Brown, among others. He will get paid a market rate for edge defenders, and after Carolina refused to trade him for the haul Los Angeles offered, he has all the leverage in negotiations. However, in a rebuild, teams should capitalize on others’ desperation and reap the rewards of uncertainty. Optionality is a good thing. The Panthers had a desperate team, dying to go all-in on a possible lost season, ready to give them said optionality. They had the opportunity to reap the rewards of massive uncertainty as to where said team’s draft pick would fall in 2024 and 2025. They didn’t capitalize.