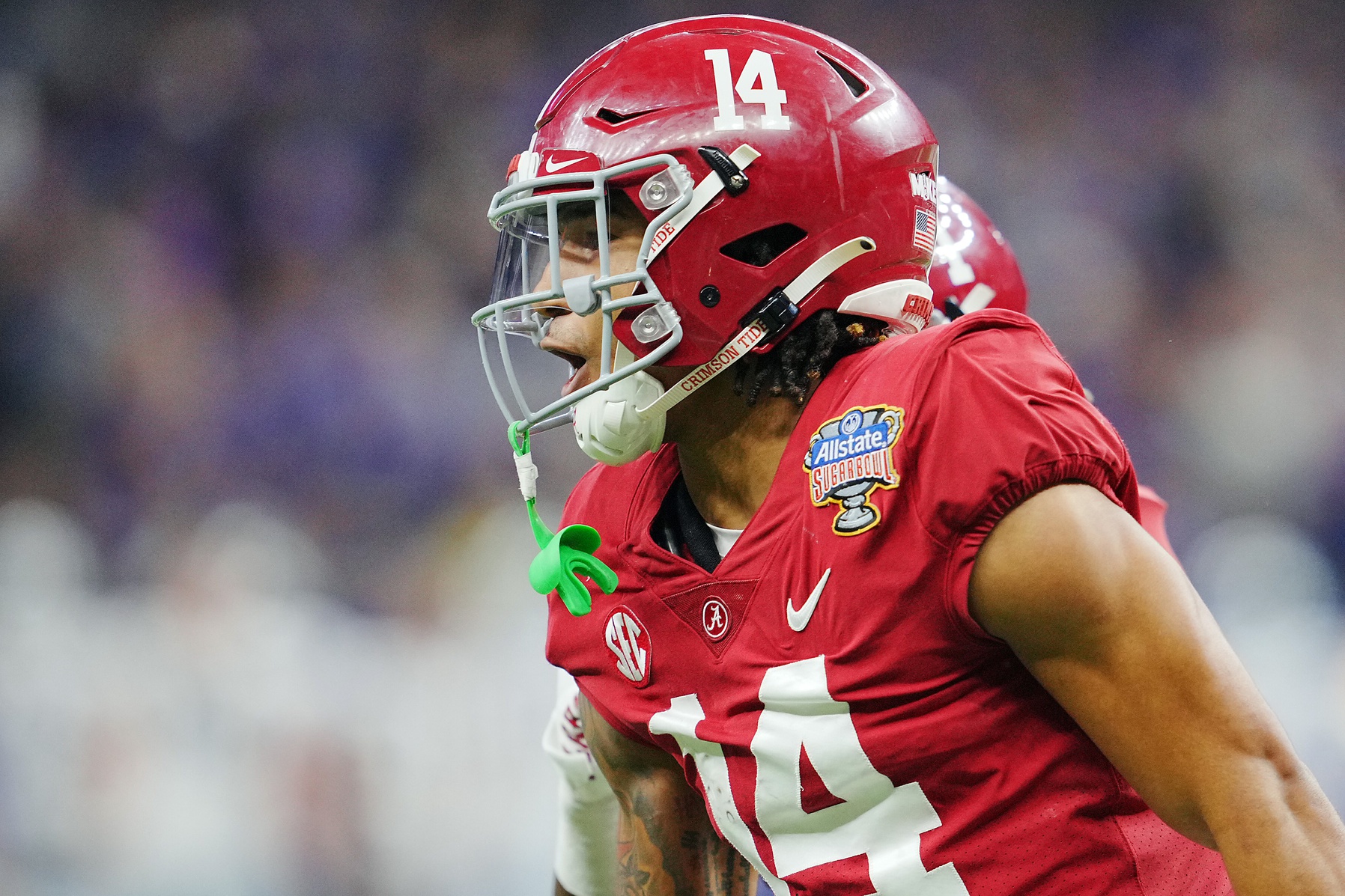 Brian Branch’s Versatility Will Be An Asset In NFL

Throw him at nickel, align him at safety, or stick him in the box on the edge of the line of scrimmage, it doesn’t matter where defensive back Brian Branch aligns—he’ll knock your chin strap loose.

One of the most versatile and productive defensive players in the country this fall, and the headliner within a DEEP pool of secondary talent for Alabama this year, his impact is felt most in a stat often left for the big boys in the trenches: TFLs. He was credited with 14 this fall, the most ever by a defensive back in the Nick Saban era and a huge nod toward his willingness to tackle and mix it up at the line of scrimmage. While most teams look to force corners to tackle as it’s not usually in the M.O. of outside defenders to want to wrap up in one-on-one scenarios, Branch has become one of the premier pound-for-pound tacklers in the entire class.

Brian Branch will be a first round pick in April pic.twitter.com/VlVZ376x3V

Branch is considered one of the top safeties due to his elite change of direction ability and physicality when asked to work inside a phone booth. A hunter at the third level that plays with a high level of intelligent violence at contact, his awareness and ability to cover grass has seen his stock continue to rise during his junior campaign. A savvy blitzer as well whose instincts jump off the screen when quarterbacks attempt to evade the pocket, his body is constantly in a position to make a play on the football no matter where he may end up during the duration of a play.

We often talk about “football IQ” and how some have it and some don’t. For a few, it’s engraved in their DNA. For some, it never arrives. For Branch, who’s made it a living working within the tight confines of the slot, his ability to not only understand leverage in coverage with open grass outside either shoulder, but his knack for sniffing out the run, blowing up a would-be screen play, or ranging back in coverage only to come off his guy to make a play on the football, are all the little things teams look for in a well-rounded third-level defender.

Brian Branch used this season’s Sugar Bowl to solidify his draft stock as one of the elite defenders in the 2023 class. His instincts and intelligence are showcased above. Aligned seven yards off Kansas State running back Deuce Vaughn in the slot, Branch already knows he’s got help from the safety when Vaughn cuts inside. From there, his ability to see the outside receiver, read the quarterback’s eyes, and make a play on the football is just excellent stuff. It’s a pro play and just a teaser of what he’ll offer for a defense on Sundays as an athlete that not only wears a ton of hats but wears them extremely well.