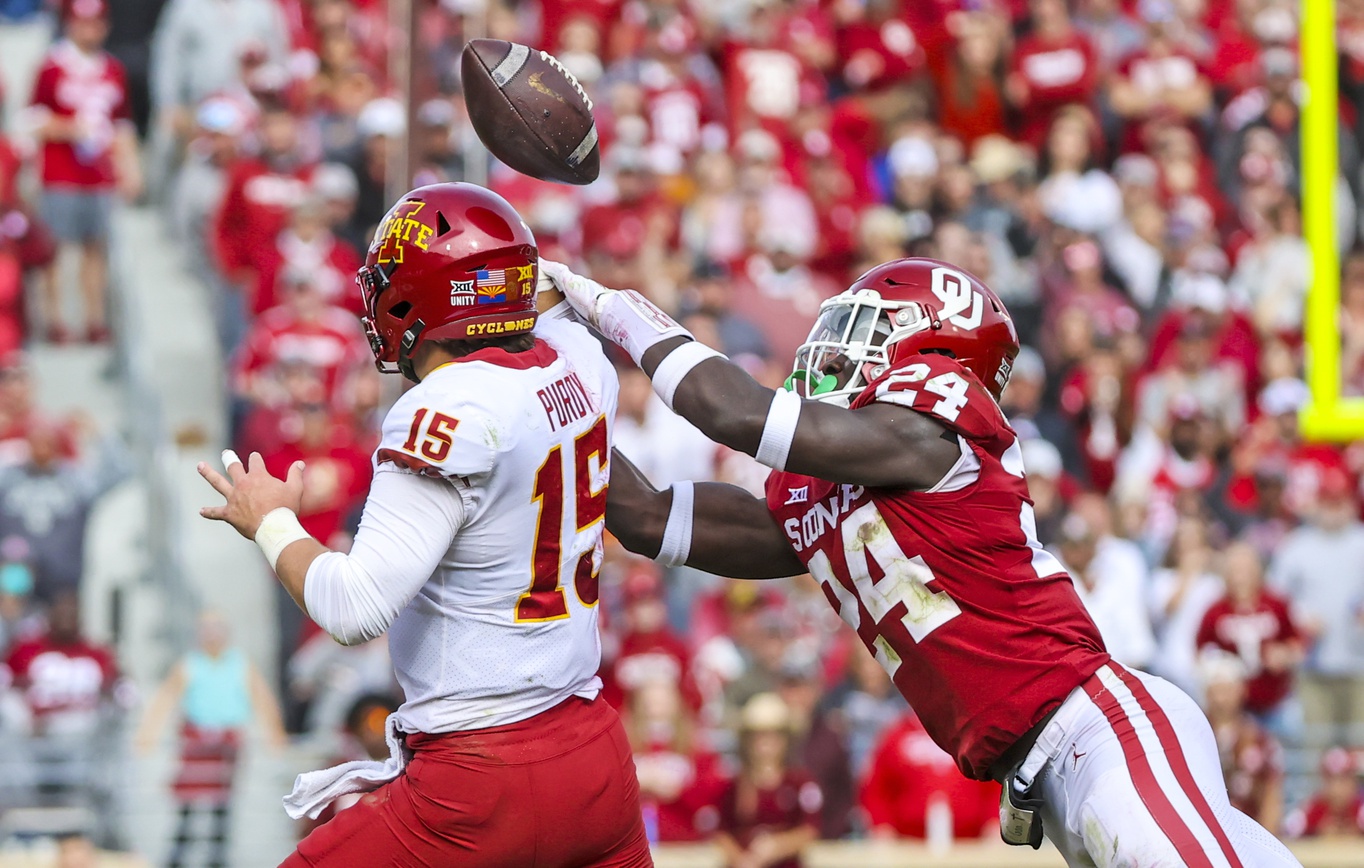 A downhill thumper that will stick his facemask through your chest plate, it doesn’t take long for Brian Asamoah to make his presence felt on tape. A two-year starter within the uber-complex Oklahoma defense, after taking over duties as the Sooners’ starting WILL linebacker in the fall of 2020, Asamoah’s skill set has teams raving over his three-down potential at the next level. A modern-day defender with the ability to strike in the run, work sideline-to-sideline in tracking down ball-carriers outside the hashes, and with an improving ability in coverage, his ceiling as a player is uncapped on the heels of opening eyes at the NFL Scouting Combine next week. https://twitter.com/_RyanFowler_/status/1495857696704241669 As good as Asamoah is against the run, rounding his game into form as an asset in coverage, rather than just a body in space, is a facet of his impressive skill set that he’s honed in on in preparation for the combine and upcoming Pro Day. “I’m doing lots of one-on-ones with people up here at EXOS [training facility],” Asamoah said. “Just continuing to work on my technique and coverage ability.” A member of the National Team down at the Senior Bowl, getting a live look at Asamoah presented me with an entirely different appreciation for the type of game he could provide for a team in need of help at the second level. An atmosphere in Mobile that breeds competition in the one-on-one and seven-on-seven portions in which both pass-catchers and defenders in coverage have nowhere to hide, Asamoah consistently found himself near the ball with an excellent ability to identify route stems and offensive concepts from the New York Jets offensive coaching staff. “The greatest thing [about Mobile] was being able to compete with the best of the best in the entire country,” the 2021 Butkus Award Semifinalist said. “I got the opportunity to display my abilities to run sideline to sideline, showcase that I’m a coverage ‘backer as well. Meeting NFL reps and building relationships with those people… the Senior Bowl was a wonderful experience." https://twitter.com/JimNagy_SB/status/1489711632888606720 A physical, in-your-face type of prospect who isn’t afraid to stick his face in between the trenches to plug gaps in the run, it didn’t take long for Asamoah to identify the player he looked up to most in his prep days. “Ray Lewis,” Asamoah exclaimed. “He played the game with so much effort and that’s something you can’t coach.” Lewis was a seven-time All-Pro during his days as a Baltimore Raven. Asamoah’s career accomplishments hope to land him donning a gold jacket too before it’s all set and done, remaining level-headed and focusing on the present, the now, has introduced a talent with unlimited potential who’s gaining steam as he approaches the meat of the pre-draft circuit. Currently projected to hear his name come off the board on day two, the need for players like Asamoah in today’s game has become no longer a fantasy but a necessity to counter the ever-evolving, high-octane offenses on Sunday. With experience at all three spots within the core of the Sooners defense, a scheme-versatile talent like the rocked-up Asamoah is looking to provide much more than just a day-one impact wherever he calls his home at the next level. “Teams are getting an individual that loves the game of football, someone that truly wants to be the greatest to play the game,” Asamoah said. A proven leader whose play in between the hashes is second to the resounding voice he’ll provide to captain a locker room, the foundation explained by Asamoah could have teams sprinting his card to the podium come April. “Teams get a leader, a sideline-to-sideline linebacker that can play in coverage exceptionally well… someone that will bring a championship to the city. “That’s the standard.”