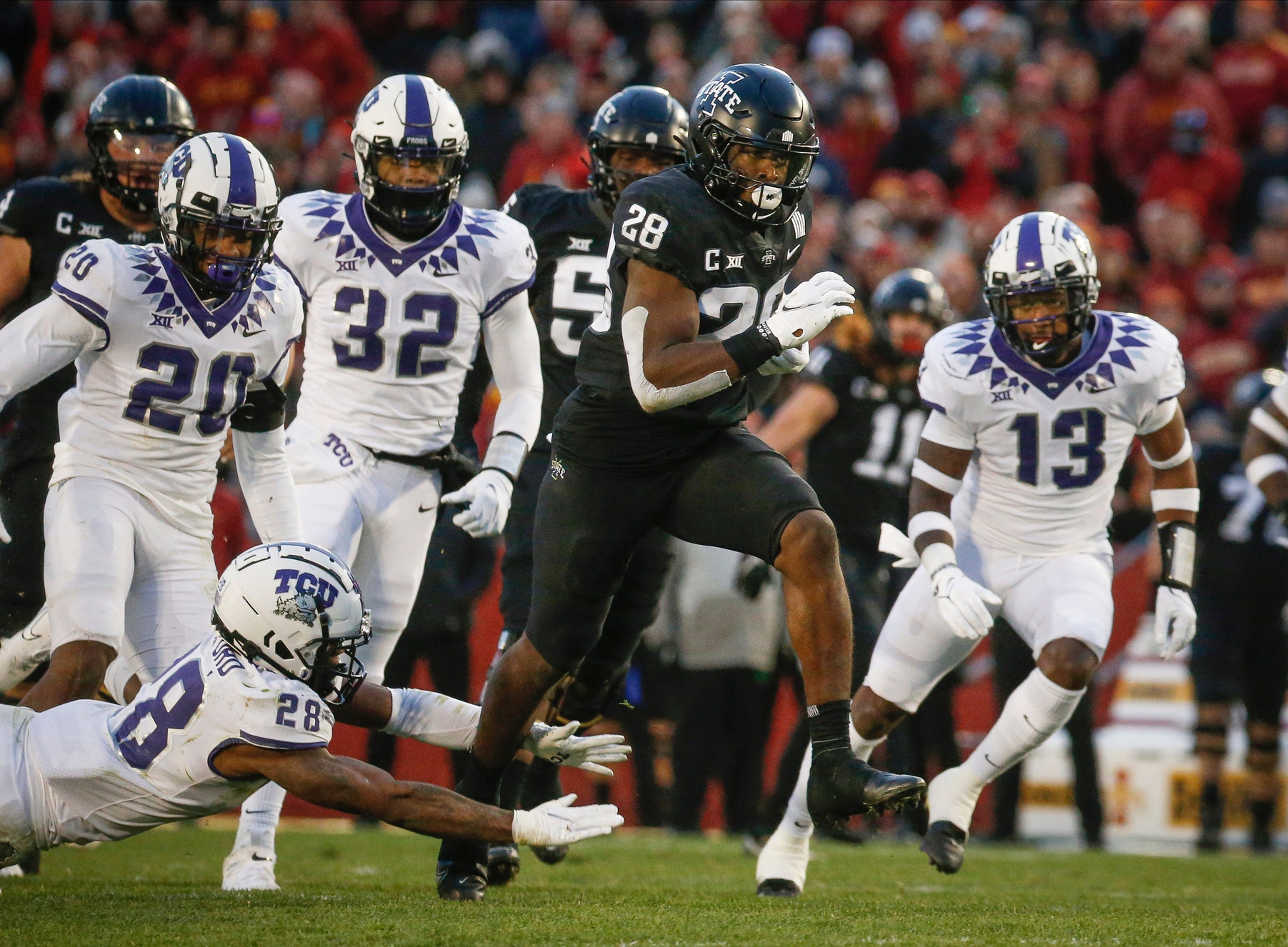 Diving into Iowa State’s Breece Hall and the skill set he presents, it shouldn’t come as a surprise if he ends up being the first ball-carrier to hear his name called on draft night. Despite the drop in value surrounding the position, and a rather weak talent pool compared to both last year and the 2023 class set to come, teams still need fresh legs in the backfield. With three consecutive seasons of 800+ yards on the ground, highlighted by back-to-back 1,400-yard campaigns, a bevy of clubs could be calling Hall much sooner than expected.

No way Houston enters the year with Rex Burkhead as their bellcow, right? I like the signing of Marlon Mack who looked to be one of the league’s breakout stars before injury a few seasons back but the Texans still need juice in the backfield. Hall would be able to step in right away and holster a massive workload from day one. Alongside quarterback Davis Mills, he would present excellent early-down value with Mack as a change of pace and Burkhead as a potential short-yardage, goal-line thumper.

Hall is an evolving talent that has the ability to succeed both amid chaos inside the tackles, and out in space towards the boundary. Obvious limitations remain in his game but his frame is NFL-ready and it’s hard to believe he won’t challenge for the most rushing yards of any ball-carrier in the class this fall.

I’m not sure the Bills are ever going to entirely figure out the running back spot, but what I do know is their Super Bowl window is now. If they are looking for ways to relieve the pressure on quarterback Josh Allen, adding a talent like Hall could be the best course of action. While the “signing” of J.D McKissic this offseason quickly fell through the cracks as the versatile back pulled his commitment and returned to Washington, the addition of Hall in a running back room touting Devin Singletary could be a nice 1-2 punch for the high-octane Buffalo offense. It would also keep the tread fresh on Allen’s legs.

With Chase Edmonds gone, a two-man backfield consisting of James Connor and Breece Hall is a heck of a tandem. While they do similar things in the ground game, Hall’s burst and explosion would provide a dynamic to the Cardinal offense vacated by Edmonds. By no means is Hall a flat out burner, but a 4.39-second 40-yard dash at 217 pounds is awfully impressive and should allow him to work in tandem with Conner in what could be a massive season for quarterback Kyler Murray.

It’s difficult to envision Cordarrelle Patterson toting the rock 200-plus times, and while the aging Mike Davis remains under contract this fall, the Falcons need fresh legs in the backfield. This could be the optimal landing spot for the former Cyclone. Head Coach Arthur Smith worked for multiple seasons with Derrick Henry in Tennessee and that powerful, downhill style game could be a nice change of pace in Atlanta following the departures of Julio Jones, Matt Ryan, and suspension of Calvin Ridley. Tight end Kyle Pitts remains in place, which will help Marcus Mariota, but the Falcons are going to need to run the ball successfully to compete.

This is a bit of a wild-card scenario with Saquon Barkley still in town and Matt Breida expected to earn touches, but with a new regime comes new ideals, new opinions, and fresh faces in uniform. I wouldn’t be shocked to see Hall in the Meadowlands if for no other reason that to push Barkley. The No. 2 former overall pick, we all know the potential Barkley possesses when healthy, and carries behind a below average offensive line never helps, but his production has remained substandard at best the last two seasons. If newly minted General Manager Joe Schoen and Head Coach Brian Daboll are looking for competition, Hall has three-down potential to work into a substantial role from the start of his tenure.