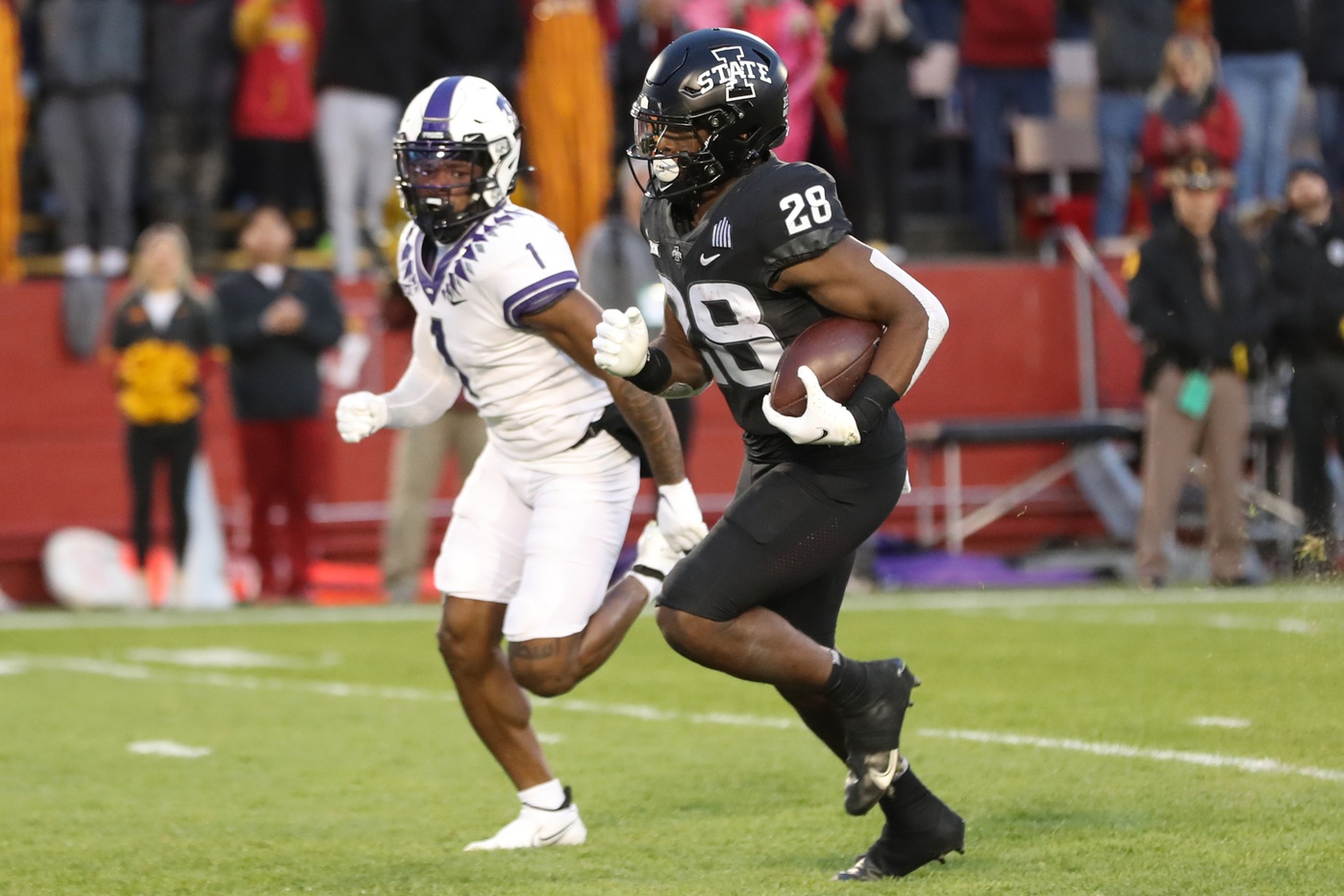 Why Breece Hall Should Not Be RB1 In 2022 NFL Draft

As football season is slowly coming to an end, both college and NFL fans are starting to transition their attention to NFL draft boards. For NFL fans, draft season is about identifying the best players at each position and becoming hopeful that your team is in a position to draft that guy if they feel he is an immediate need for them. The simplest way to go about this is usually identifying the No. 1 player at each position in the draft. But so far, identifying a consensus No. 1 at certain positions has been a struggle and is still an ongoing discussion—amongst casual NFL fans and NFL experts, coaches, and general managers. There is an unanswered battle for who’s the best defensive end between Kayvon Thibodeaux and Aidan Hutchinson, a battle for who’s the best offensive tackle between Evan Neal and Ikem Ekwonu, and the most wide-open race of them all is who’s the best running back. As for the latter, this seems to be a four-man race between Alabama’s Brian Robinson Jr., Michigan State’s Kenneth Walker III, Texas A&M’s Isaiah Spiller, and Iowa State’s Breece Hall. Each of these four running backs can make a case to be the No. 1 guy, but each of these players also has a deficiency in their game that should create some hesitation about drafting them first of the group. Of these four players, the most accomplished and stat-productive back has been Iowa State’s Breece Hall. Over his career, Hall has broken many records and has been widely regarded as not only the No. 1 running back but a possible first or second-round draft selection. With this comes lofty expectations and usually requires a skill set that I don’t believe Hall has coming out of college. Looking into the past and thinking about other first-round running backs such as Saquon Barkley, Ezekiel Elliott, and Todd Gurley, they all had not only spectacular college careers but they served as the main source of their productivity. When I watched Iowa State’s film, I did not observe the same thing. Watching the film, you start to understand the Iowa State offense and what the source is for a lot of Hall’s production. Hall plays in a spread system that when the run game is blocked properly has wide-open running lanes for him to take advantage of and break for big gains—a good bit of Hall’s production comes in these scenarios. Hall is a one-cut back that has mastered the zone running scheme and, to his credit, has good vision to identify the holes created by the offensive line. But in the NFL, vision alone won’t translate to the success that first and second-round picks are expected to have. Looking at the top NFL running backs, they all have a redeeming athletic trait that explains why they are successful. For Derrick Henry, it’s his power. For Jonathan Taylor, it’s his explosiveness. Dalvin Cook’s calling card is his elusiveness. For Hall, I just don’t see any redeeming athletic trait that will explain why he will not only be a dominant back in the league but be able to live up to the expectation of being able to carry a franchise that comes with a high selection. I’m not saying that Hall isn’t an NFL-caliber running back, but I am saying that we should temper expectations. In the right scheme, I believe that Hall can be a productive running back. But my personal ideal fit for him would be a heavy zone scheme where he is in a running back by committee situation and Hall can serve as a change of pace back. The NFL draft is all about drafting prospects in the round that their skill set dictates. While I don’t believe that Hall is a first or second-round draft pick, I do believe that teams looking for a running back in the fourth round and beyond should strongly consider him.