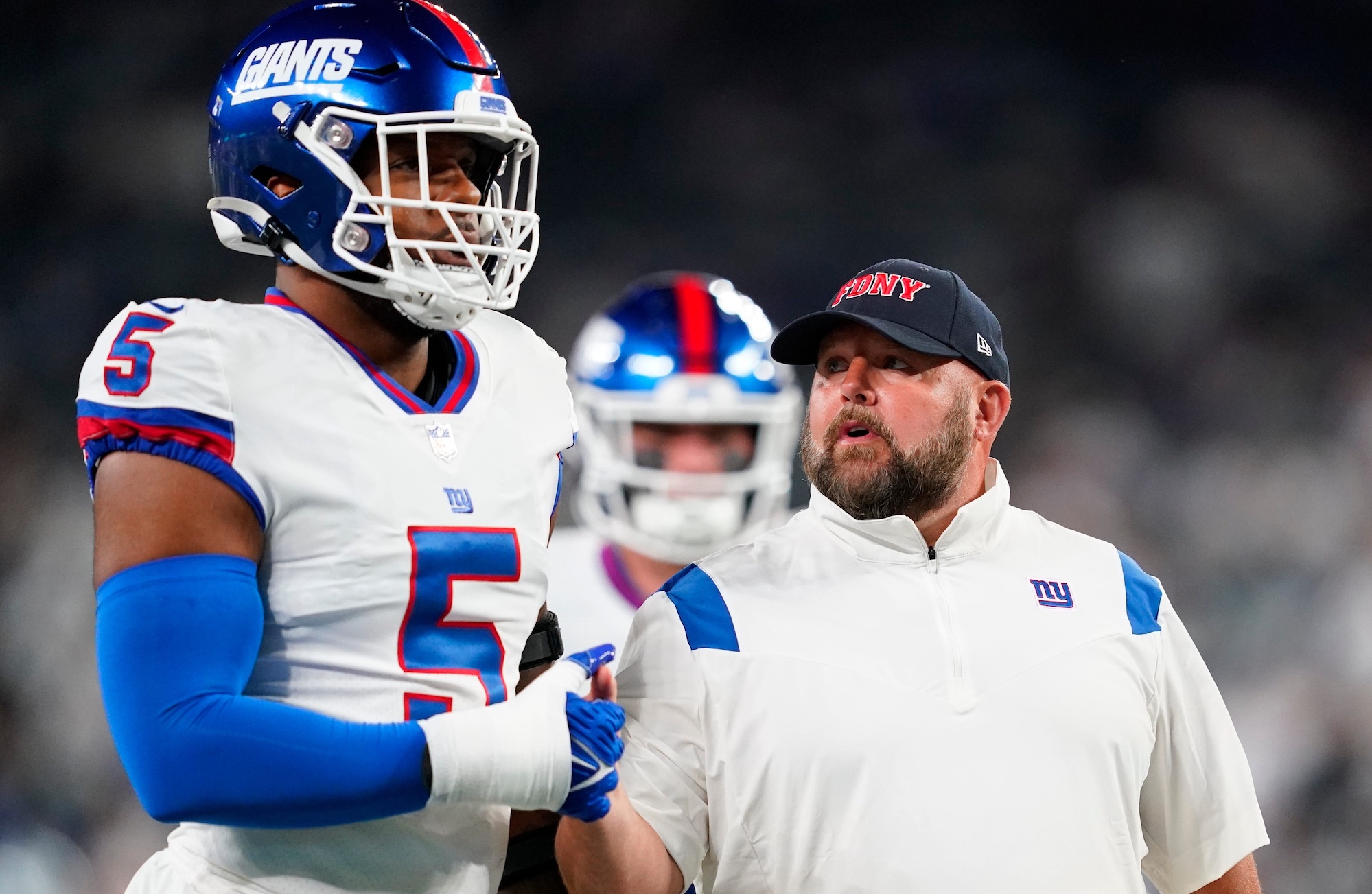 New York Giants rookie EDGE Kayvon Thibodeaux is nearing a breakout. The No. 5 overall selection in the 2022 NFL Draft, Thibodeaux has recorded just 1.0 sack this season thus far. All signs point to Thibodeaux finishing the campaign in a rather impressive fashion, however.

Thibodeaux suffered a sprained MCL in week 2 of the preseason. It ruled him out of the Giants’ exhibition finale and first two regular-season contests. The former Oregon standout has steadily flashed improvement since making his long-awaited debut against the Dallas Cowboys in Week 3.

Thibodeaux has recorded 16 pressures and 12 quarterback hurries in his latest five showings, per Pro Football Focus. He’s applied consistent pressure on opposing quarterbacks and has also forced a fumble this season. It’s just a matter of time before Thibodeaux begins converting pressures into better sack production.

Thibodeaux’s most fruitful showing arguably occurred in a Giants win against the Jacksonville Jaguars in Week 7. Thibodeaux posted a pass-rush win rate of 31.6% in that contest, per Next Gen Stats and ESPN Stats & Info. Thibodeaux followed up that performance by totaling another three pressures, two hurries, and one quarterback hit against the Seattle Seahawks in Week 8 before the Giants entered the bye week.

Thibodeaux played a season-high 63 snaps against those Jaguars. He has accounted for 78% or more of the Giants’ total defensive snaps in four consecutive showings. Thibodeaux’s influence on Brian Daboll’s coaching staff is beginning to grow.

Thibodeaux’s versatility has also been on display. He’s logged 35-plus snaps at six different defensive alignments, per PFF. Thibodeaux has spent the majority of his playing time at the seven-technique position, where he’s asked to apply pressure on quarterbacks and set the edge in the run game with contain responsibilities to prevent rushing attempts from breaking outside the tackle box. Thibodeaux has even logged three snaps at nickel corner and four snaps on the boundary. Giants defensive coordinator Wink Martindale is utilizing Thibodeaux in a variety of manners.

Thibodeaux flashed high-level athletic traits between his two workouts at the NFL Scouting Combine and Oregon’s Pro Day. Thibodeaux ran the 40-yard dash in a blazing 4.58 seconds, an elite result for a defensive lineman that weighed in at 254 pounds. Thibodeaux also broad-jumped 119 inches and proved his play strength by totaling 27 reps on the bench press. Those results are beginning to translate to Sundays.

Giants general manager Joe Schoen is receiving high-level contributions from his rookie class. Evan Neal has flashed steady growth at right tackle. Wide receiver Wan’Dale Robinson is a dynamic weapon that creates for himself both pre-and-post catch. Daniel Bellinger was their best tight end when healthy and available. None of these players possess the ceiling that Thibodeaux does, and his breakout would elevate the overall performance of their first-year class.

Thibodeaux possessed the highest ceiling of any rookie EDGE in the 2022 NFL Draft class. The Giants are beginning to realize his potential. A preseason injury prevented the ideal start from occurring, but Kayvon Thibodeaux is inching closer to meeting his pre-draft expectations.