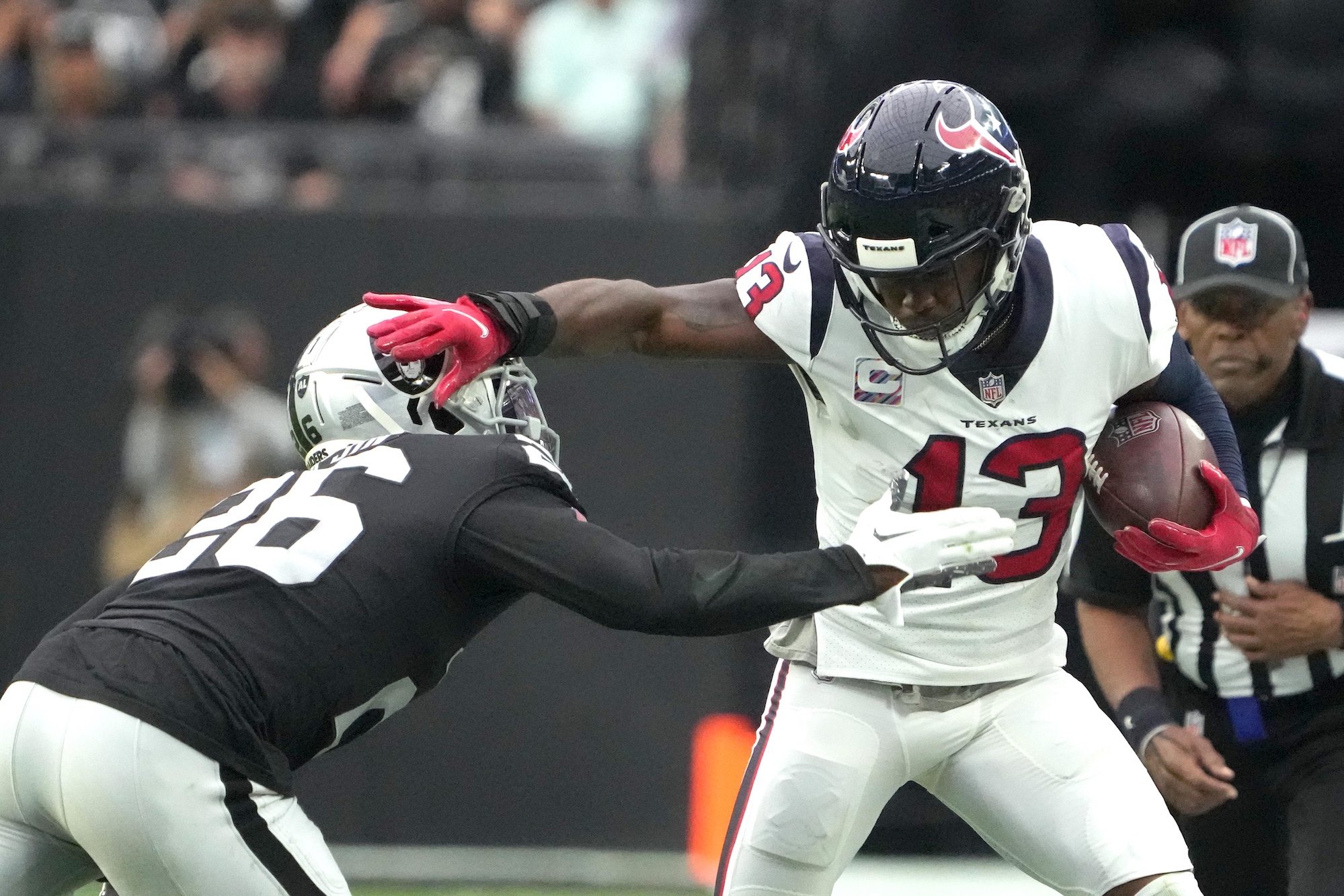 3 Teams That Should Trade For Brandin Cooks

According to multiple reports, Houston Texans wide receiver Brandin Cooks has been the target of trade discussions. The Texans were defeated by the Las Vegas Raiders on Sunday, dropping their record to 1-4-1. Texans general manager Nick Caserio may be a seller ahead of the Nov. 1 trade deadline.

Cooks signed a two-year contract extension worth $39.6 million earlier this year. Cooks has routinely shown interest in remaining with the Texans despite their current struggles. Cooks is a locker room leader helping the Texans rebuild their culture under yet another new regime.

But the 29-year-old Cooks also happens to be one of Houston’s most attractive assets. Caserio requires future draft capital in order to continue shaping the Texans’ future in his vision. The Texans should consider trading Cooks. We’ve swiftly identified three potential landing spots for Cooks.

The Packers suffered what was arguably their worst defeat of the season on Sunday, losing 23-21 to a Washington Commanders team that had backup quarterback Taylor Heinicke under center. Drops were a consistent issue for the Packers, who entered the season with a concerning lack of depth at wide receiver. Aaron Rodgers threw for under 200 yards as the talent around him continues to play below his standards. The 3-4 Packers have been one of the league’s biggest disappointments this season.

Furthermore, Packers No. 1 receiver Allen Lazard suffered a shoulder injury in Sunday’s loss. Lazard has been banged up throughout the season and he may be headed for another stint on the sideline. An injury to Lazard may force Packers general manager Brian Gutekunst to become even more aggressive in his search for pass catchers.

Cooks recorded 90 receptions for 1,037 yards and six touchdowns last season. He’d instantly become Rodgers’ go-to target upon his arrival. The Packers remain in Super Bowl or bust territory with an aging Rodgers. Gutekunst should part with a second-or-third round selection in exchange for Cooks.

The Browns don’t roster an appropriate No. 2 receiver behind Amari Cooper. Acquiring a receiver such as Cooks would help head coach Kevin Stefanski scheme Cooper in more advantageous positions.

Starting tight end David Njoku suffered an ankle injury in Sunday’s loss to the Baltimore Ravens and was quickly ruled out of the contest. It indicates Njoku may miss several contests. The Browns can’t afford to get even weaker at the pass-catching positions, but that fear may become reality. Browns general manager Andrew Berry, who possesses a league-leading $35 million in cap space, has to respond accordingly.

Could a reunion between Cooks and the Rams come to fruition? Stranger things have happened. Rams head coach Sean McVay doesn’t currently roster the necessary talent at receiver to run his preferred 11 personnel at the highest potential. Odell Beckham Jr. is no longer a sure thing to return to Los Angeles. Rams general manager Les Snead must begin considering alternative options such as Cooks.

McVay coached Cooks for two seasons (2018-19) in Los Angeles before trading him to Houston. McVay displayed a high-level understanding of how to utilize Cooks within his offense. Cooks recorded a career-high 1,204 yards under McVay’s tutelage in 2018. The Rams went 13-3, scored 32.9 points per contest, and advanced to the Super Bowl.

The Rams still possess their second-round selection in the 2023 NFL Draft. The Texans may be intrigued by the thought of swapping Cooks for that pick. Cooks’ current base salary of $1,168 million (via Spotrac) could help facilitate a midseason deal to Los Angeles.