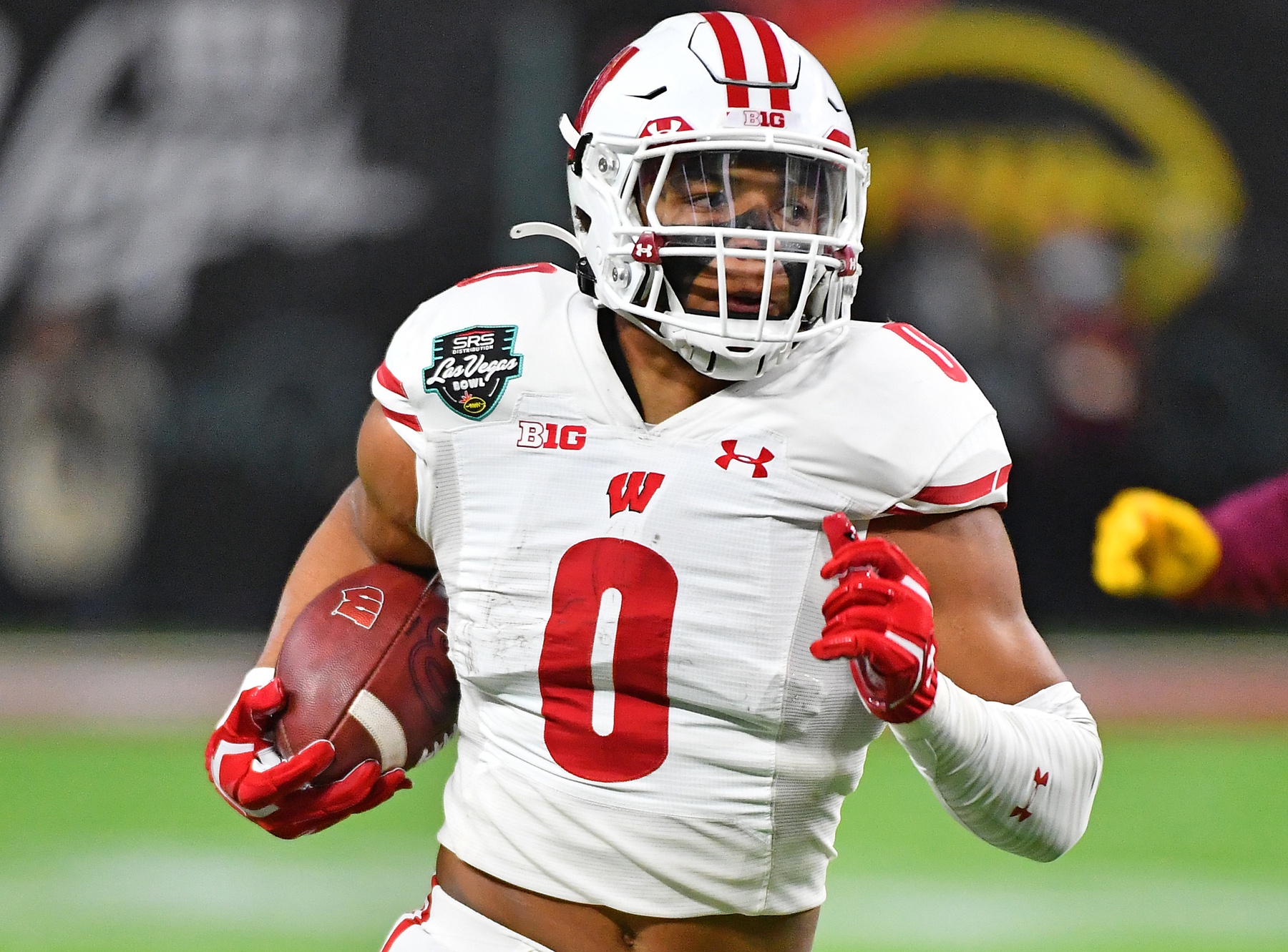 Can Braelon Allen Continue To Shine?

From the NCAA’s all-time leading rusher in Ron Dayne to James White, Melvin Gordon, and Jonathan Taylor, the University of Wisconsin has churned out quite the list of backfield talents over the years. A program most well-known for its flourishing pipeline of trench prospects, a ball-carrier no more than a year out of high school has already asserted himself as one of the country’s brightest stars. The 18-year-old Braelon Allen is an exception to the rule.

To think the Fond Du Lac, Wisconsin native was dominating the prep scene not even two seasons ago is laughable considering the success he’s enjoyed as the bell-cow back for a Power 5 program. Recruited initially to enter Wisconsin’s program as a 2022 high school graduate—making this his freshman campaign—Allen reclassified last fall, skipped his senior season at Fond Du Lac High, and quickly became an anchor for the 9-4 Badgers.

An athletic specimen compared to that of Derrick Henry at the same age, Allen initially made his name at the linebacker spot at the prep level as a downhill, violent tackler. While many were unsure of the position he would ultimately slide into at the college level, it’s safe to say Badgers head coach Paul Chryst has played his cards right in moving Allen to the opposite side of the ball last summer. Ranking third in rushing yards among all Big Ten ball carriers in his true freshman season (1,268), Allen looks to evolve his already deep bag of traits to represent the “next big thing” out of the Badgers’ backfield in a few years’ time.

If you’ve never seen Allen play, his performance against Nebraska last fall encompassed everything he does well as a bell-cow back. A 228-yard, three-touchdown performance that led the Badgers to their seventh straight win, his one-cut ability and devastatingly low pad level that he carries through the second level has eerily shadowed that of Taylor during his time in Madison. With the ball in his hands, Allen, like the Indianapolis Colts superstar, is “one cut away” from taking it the distance. Behind one of the country’s premier offensive lines—a yearly constant for Wisconsin—Allen recorded eight 100-plus-yard performances in 11 appearances, single-handedly carrying the Badgers’ offense each and every week. As he went, Wisconsin went, and 2022 will be much of the same.

What’s most impressive about his game, besides the fact that he is 18 years old, is his production under a “limited” workload in comparison to some of the country’s most run-heavy offenses. His 186 carries ranked outside the top 50 among all FBS running backs, and while his touches quickly increased toward the tail end of the year due to his consistent pop (and rightly so), Allen is a YPC monster, averaging nearly seven yards a touch while averaging 10 or more yards a carry for entire games on multiple occasions last fall. Simply put, he produces in bunches when the ball is in his hands.

While the blocking at the onset of this play was just as good as Allen’s journey for six, his ability to consistently shed tacklers and embarrass closing defenders at the point of contact has been an every-week occurrence for Allen so far during his tenure in Madison. While you could play devil’s advocate and say the play should have concluded if multiple Northwestern defenders remembered they had arms, tell that to the army of other defenders who have bounced off Allen like a mock trampoline throughout Wisconsin’s campaign.

“Having that combination of size and strength and then the little bit of speed…I think [it] sneaks up on some people, Allen said. “Just the blend of all that has been helping me a lot. It’s been paying off, for sure.”

Only a sophomore just now beginning to get his feet wet in college football, Allen’s performance ceiling remains unlimited. A talent who’s proven he can produce in bunches against the best the country has to offer, the Badgers—in due time—may once again serve as the home for one of the country’s most sought-after ball-carriers.