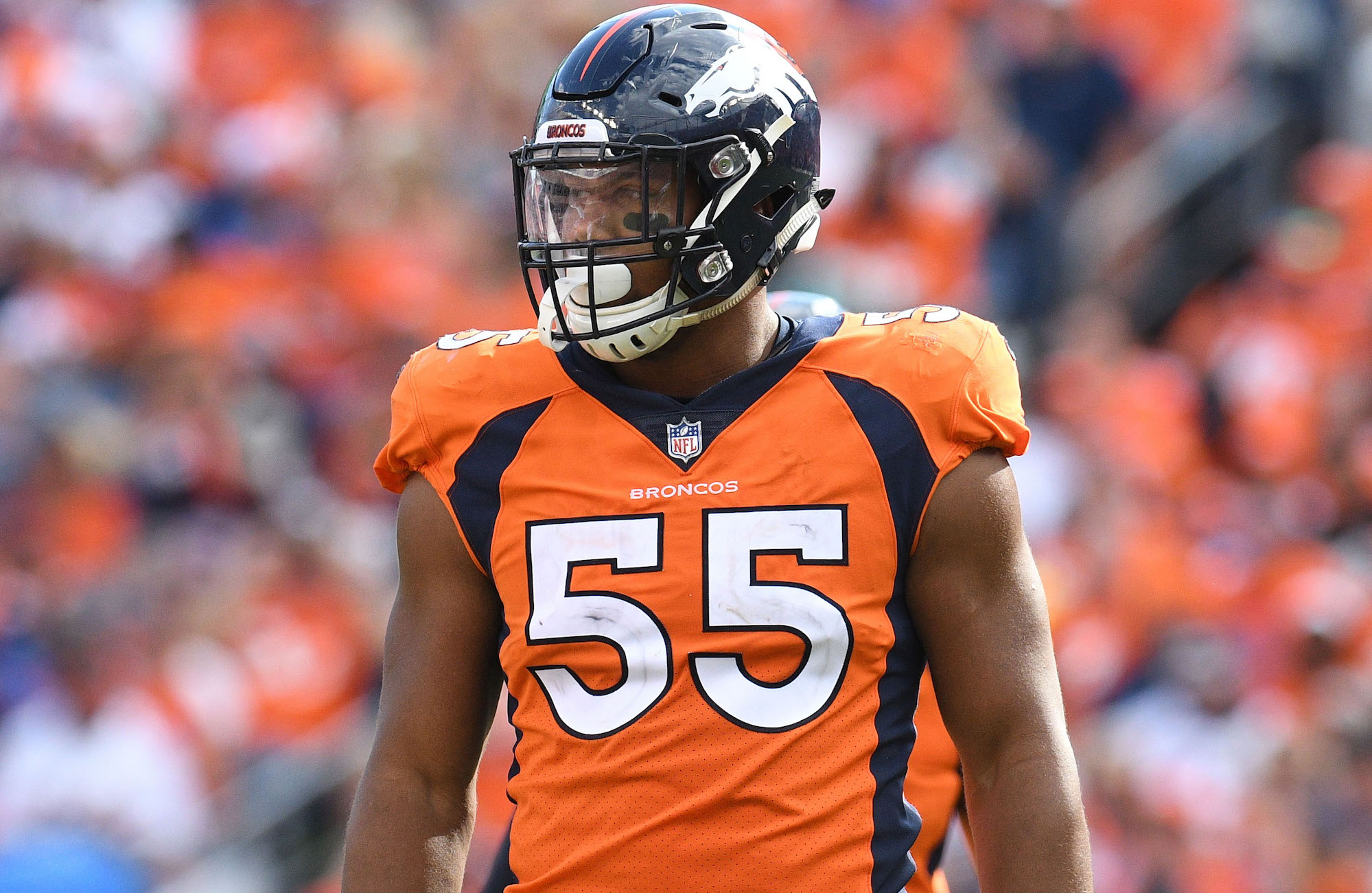 How Much Could Dolphins Pay Bradley Chubb?

In what was arguably the biggest deal on NFL trade deadline day, the Denver Broncos traded EDGE Bradley Chubb and a 2025 fifth-round selection to the Miami Dolphins in exchange for a 2023 first-round pick, a 2024 fourth-round pick, and running back Chase Edmonds. The 2023 first-round selection the Broncos received from Miami belongs to San Francisco. It originally went to Miami in the draft-day trade-up for Trey Lance.

Chubb was an obvious candidate to be traded. He’s currently playing on an expiring fifth-year option and the Broncos hadn’t made a valiant effort to sign Chubb to a long-term extension. The Dolphins are expected to negotiate an extension with Chubb, according to reports. It makes sense given the significant capital Dolphins general manager Chris Grier parted with in order to acquire Chubb. He isn’t simply a midseason rental.

Chubb should ultimately land a five-year extension in the neighborhood of $72 million with $34 million guaranteed at signing. Such a proposed contract would pay Chubb $14.4 million annually. It would make Chubb one of the top 25 highest-paid EDGE defenders in the league (based on current contracts).

Figuring out an appropriate extension for Chubb isn’t a straightforward exercise. His career has been a bit of a whirlwind. Chubb exploded onto the scene with a 12-sack rookie campaign in 2018, but he’s yet to reach those heights again. Chubb’s sophomore campaign ended prematurely just four games into the year after he suffered a partially torn ACL. A slightly less effective version of Chubb returned to the field in 2020, where he accumulated a respectable 7.5 sacks.

Chubb has gotten back on track at the opportune moment. The former NC State standout has totaled 5.5 sacks through seven contests. He ranks 18th in total quarterback pressures with 26 and 12th in run stops with 11, per Pro Football Focus. Chubb is on pace to arguably enjoy a career-best campaign, and it will favor him in negotiations with the Dolphins, who also forfeited some leverage by completing a high-stakes deal to acquire him.

As per usual, Chubb’s next contract will largely be dictated by the ever-evolving EDGE market. The 2021 offseason welcomed several sizable contracts for top-end quarterback hunters. The Canton-bound Von Miller helped reset the market by signing a six-year contract worth $120 million with the Buffalo Bills. While Chubb won’t reach those heights, the five-year, $70 million contract Randy Gregory ironically signed with the same Broncos franchise that just traded Chubb serves as a comparable example for several reasons.

Gregory’s career has also been a rollercoaster, albeit for extremely different reasons. While Chubb’s production has previously been impacted due to injury, Gregory’s statistical outputs have suffered due to several suspensions for off-field conduct. Gregory had never topped 6.0 sacks in a single season as a result. It didn’t stop Gregory from signing a contract worth $14 million annually with the Broncos last offseason. Gregory signed his contract with the Broncos at 29 years old. Chubb will be approximately 27 (he turns 27 in June) when the Dolphins sign him to a lucrative extension.

The 5-3 Dolphins have signaled their aggressive intentions. They’re tied for second place in the AFC East with the New York Jets, but the Jets currently possess the head-to-head tiebreaker as a result of a Week 5 victory over the Dolphins. The Dolphins are currently the AFC’s sixth seed and appear to be in a strong position to qualify for the postseason. Chubb is a difference-making quarterback hunter that should help catapult the Dolphins to a playoff berth. His contributions will ultimately cost the Dolphins a pretty penny.