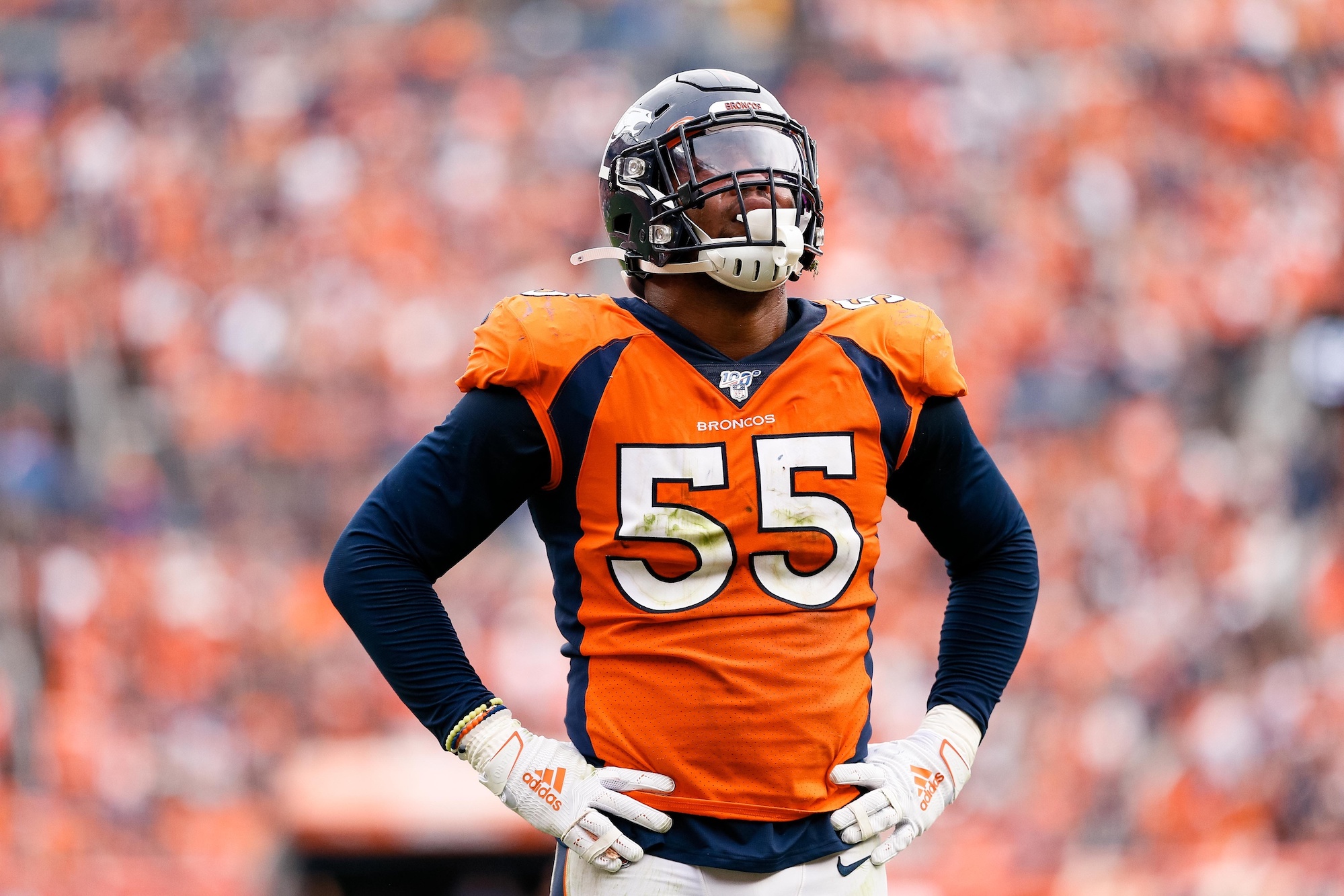 Where Could Bradley Chubb Be Traded?

The Denver Broncos will consider trading EDGE Bradley Chubb if they lose to the Jacksonville Jaguars in Week 8, according to multiple reports. A defeat would bring Denver’s dwindling record to a pathetic 2-6, forcing general manager George Paton to become a seller at the NFL trade deadline (Nov. 1).

Chubb is an obvious candidate as Denver’s most attractive asset. He is currently playing on the fifth-year option and the Broncos haven’t made a valiant effort to sign Chubb to a long-term extension. Paton inherited Chubb from the previous regime, and he’s invested in the EDGE position by drafting Baron Browning and signing Randy Gregory. Chubb’s future hangs in the balance as he’s likely to depart the Broncos in free agency if he isn’t traded before then.

The Dolphins currently rank 19th in sacks with a middling 14.0 quarterback takedowns. Sophomore defender Jaelan Phillips has flashed his elite potential with a team-leading 3.0 sacks but remains somewhat inconsistent on a snap-to-snap basis. Melvin Ingram was a brilliant late-wave signing but is at his best when allowed to play a rotational role.

The 4-3 Dolphins remain in playoff contention after weathering a flurry of injuries at quarterback. Finishing plays with sacks has been one of Miami’s defensive weaknesses this season. The Dolphins are somehow fifth in pass rush win rate but have generated the fourth-fewest quarterback pressures, per ESPN Stats & Info. Chubb would immediately improve Miami’s ability to pressure quarterbacks with more frequency while also converting those pressures into actual sacks.

The Steelers haven’t been able to apply consistent pressure on opposing quarterbacks since superstar EDGE rusher T.J. Watt went down with a pectoral injury. Watt also had knee surgery that extended his ongoing stint on the sidelines. The Steelers have totaled just 12.0 sacks through seven contests as a result.

Watt’s usual running mate is Alex Highsmith, who’s totaled 6.5 of Pittsburgh’s 12.0 sacks. It’s worth noting that 3.0 of Highsmith’s sacks occurred when Watt was on the field in Week 1, however. Highsmith hasn’t been as effective with Watt out of the lineup.

The Steelers currently rank ninth in cap space ($7.2 million) and are projected to possess more than $20 million in financial freedom in the offseason, per Spotrac. Chubb would need to be more than a rental for the Steelers. Pairing Chubb with Watt would give the Steelers a pass-rushing duo they haven’t possessed since Bud Dupree departed in free agency.

The league’s lone undefeated squad is preparing to make a legitimate run at Super Bowl LVII. Eagles general manager Howie Roseman should consider becoming aggressive ahead of the postseason. After all, Roseman’s Eagles are in this position due to his relentless pursuit of improvement in the offseason. Roseman should keep his foot on the gas pedal.

Derek Barnett suffered a season-ending injury in Week 1 and the Eagles haven’t replaced him. Free-agent signing Haason Reddick leads the Eagles in sacks with 4.5. Aging veteran Brandon Graham ranks second with 3.0 quarterback takedowns, but Graham has yet to play 50% of the Eagles’ defensive snaps in a single outing. Keeping Graham fresh as a rotational rusher is the correct move.

The inexperienced Tarron Jackson has been catapulted into a role due to the Eagles’ lack of ideal EDGE depth. Chubb would elevate Philadelphia’s pass rush to new levels. Acquiring Chubb could be the difference between Super Bowl triumph and runner-up heartbreak.