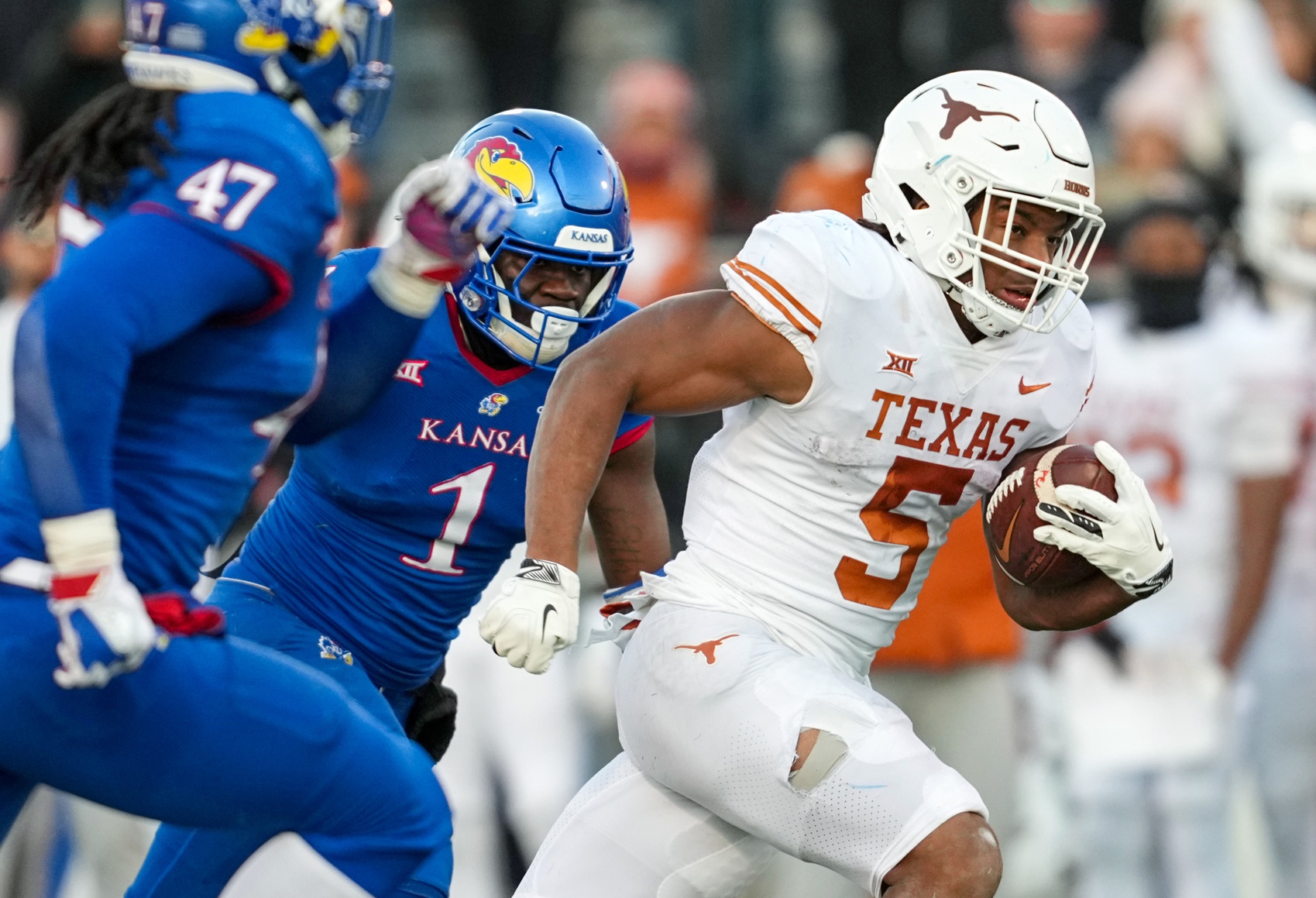 How High Should Bijan Robinson Go In 2023 NFL Draft?

Here’s a bit of news: on April 27, 2023, running back Bijan Robinson will be selected in the first round of the 2023 NFL Draft. That much is a near certainty.

Robinson has been called the best running back prospect to come out of the draft since Saquon Barkley was selected second overall in 2018. According to NFL Mock Draft Database, Robinson has not fallen below 16th on the media’s consensus big boards since mid-August—he’s the No. 3 player on our TDN100 rankings. This, compounded with the fact that last year was the first year a running back failed to sneak into the first round of the draft since 2014 (and that Robinson is considered a better prospect than most of the players selected at the position since 2014), would make Robinson falling out of the first round a major shock.

Robinson’s draft-day fate seems well-established. That doesn’t mean it won’t be controversial. Recent years have seen the devaluation of the running back position in the NFL. Many pundits, fans, and, yes, analytics devotees have argued against paying running backs large second contracts and overdrafting them in the draft. When the time comes, Robinson will become the face of this debate.

Typically, this author would fall on the side of “never take a running back in the first round,” but Robinson is different. The talent is too enthralling. This season, Robinson has run for 1,401 yards (6.1 yards per carry), good for sixth in the country, and 16 touchdowns, fifth in the country. He has added 19 receptions for 314 yards (16.5 yards per reception) and two touchdowns to boot. Robinson has provided a mix of explosive plays, leading the country with six touchdown runs of more than 30 yards, and hard-nosed running, leading the country in missed tackles forced and rushing yards after contact, per PFF.

The tape backs up the gaudy numbers. Robinson offers a blend of size, elusiveness, stop-start ability, and receiving chops that together could profile to make him the focal point of an offense and one of the league’s most dangerous weapons from his first day in the NFL.

Finding a fit for Robinson proves tricky for a few reasons. For starters, the NFL has a surplus of talented players at running back right now. This is especially true for the better teams in the league. Of the teams that currently have a winning record and a first-round pick in the coming draft, only the Kansas City Chiefs, Buffalo Bills (who invested a second-round pick in James Cook just last year), Philadelphia Eagles, and… maybe the Washington Commanders project to have a clear need at the position going into next year’s draft.

For the bad teams, things are different. One could make a case for a team like the Las Vegas Raiders, who may lose Josh Jacobs in free agency, or the Carolina Panthers, who just traded away Christian McCaffrey, to select Robinson. However, these teams have more pressing needs than running back.

Herein lies the problem with projecting Robinson as an early first round-pick: the majority of the teams that could most use him are the worst teams in the NFL. It is difficult to see these teams investing a high first-round pick in a running back with pressing needs at higher-value positions elsewhere on the roster.

Robinson’s draft stock is further clouded by the excellent free agent running back market, which could feature the likes of Tony Pollard, Josh Jacobs, and Damien Harris, among others (Saquon Barkley is also projected to hit the market, but it is difficult to see the New York Giants letting him walk at this point). This is not to mention possible cap casualties such as Ezekiel Elliott. In other words, the running back landscape in the NFL will shift dramatically before Robinson’s name is even called on draft night. To gain an understanding of where Robinson might or should land, it is important to be practical and take those impending free-agent dominoes into consideration.

As the running back market crystallizes over the course of the offseason, so too will Robinson’s potential landing spots. As of right now, the ideal fits for Robinson seem to be the teams with an embarrassment of riches elsewhere on offense and on their roster: the Bills, Chiefs, and Eagles. This tracks with the general idea of a first-round running back being more of a luxury pick than a cornerstone of a rebuild.

But again, Robinson may just be different. In a weaker wide receiver class, Robinson may be a candidate for a team looking to add more general skill player juice to their roster. Some team without a clear need at the position could make a play for him in the mid-to-late first round, similar to what the Jacksonville Jaguars did in 2021 with Travis Etienne, already having James Robinson on the roster. With a talent like Robinson, all options are on the table… except falling out of the first round.