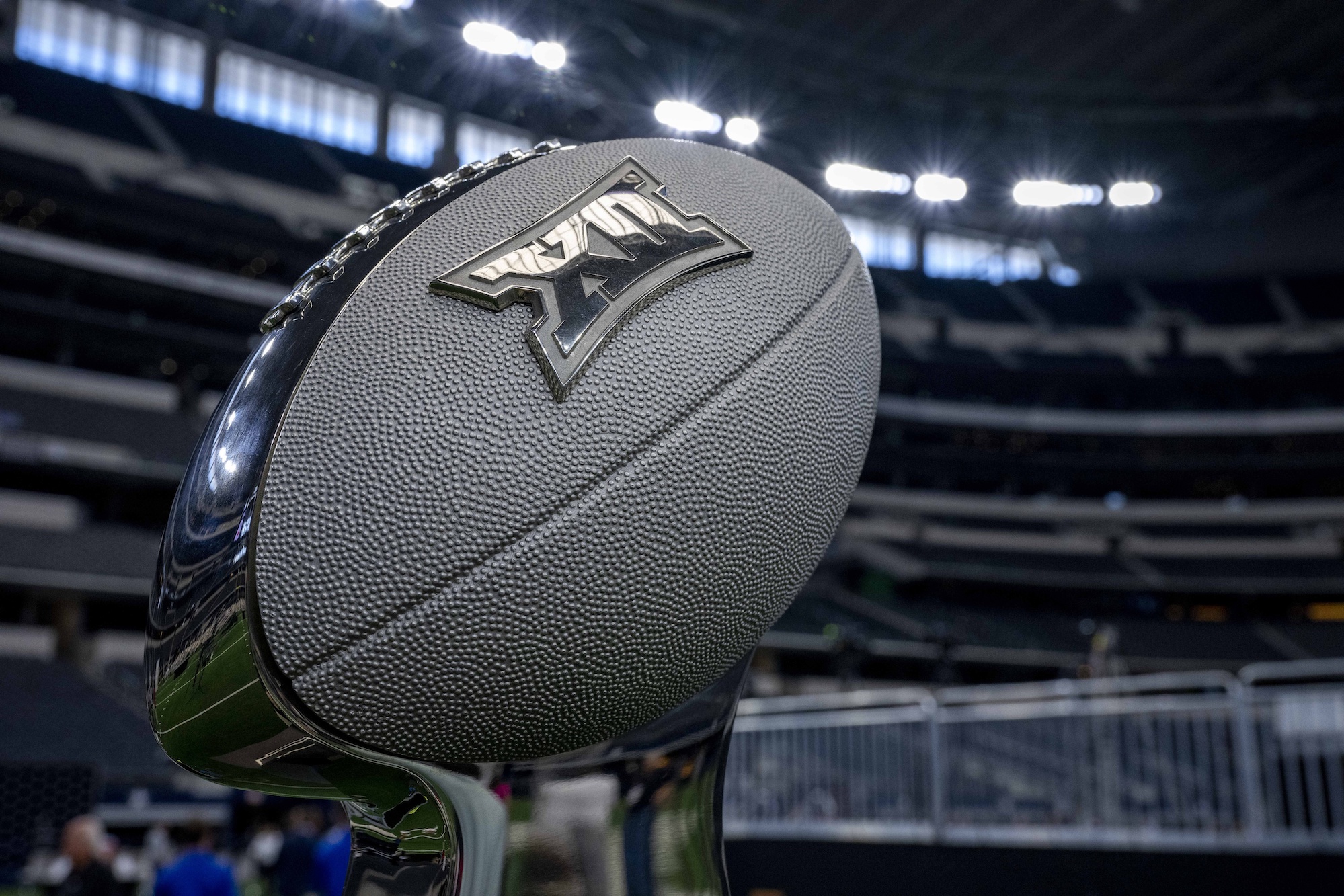 With Week Zero of the college football season fast approaching, it’s worth analyzing the current odds to win this season’s Big 12 Championship, via BetOnline. The reigning champion Baylor Bears miraculously ended Oklahoma’s six-year (2015-20) spree of dominance. The Bears are aiming to make it two consecutive conference championships, but their fiercest rivals have loaded up on talent this summer.

Oklahoma and Texas are rightfully viewed as the top-two conference favorites despite their failures last season. Baylor may feel slightly disrespected by the oddsmakers, but analyzing the situation heading into the season suggests Oklahoma and Texas are once again the teams to defeat within the conference. An exciting season awaits.

The full odds to win the Big 12 are as follows:

The Sooners are viewed as the favorites despite experiencing an abundance of change from last season. Decorated head coach Lincoln Riley surprisingly departed the Sooners in favor of a more lucrative opportunity in Southern California.

Riley’s departure was felt all throughout the program. The entire state of Oklahoma felt truly betrayed, and to make matters worse, Riley took promising quarterback prospect Caleb Williams with him to USC via the transfer portal. Fellow quarterback Spencer Rattler also left for South Carolina via the portal. Promising Central Florida transfer Dillon Gabriel is expected to replace Williams and Rattler under center.

Oklahoma replaced Riley with former Clemson Defensive Coordinator Brent Venables, who only has 10 unfamiliar returning starters at his disposal. It represents Venables’ first opportunity to lead a program after spending the previous 10 seasons (2012-21) in various defensive coaching roles at Clemson. It suggests the Sooners are undergoing a bigger rebuilding project than first expected.

The Sooners’ roster remains loaded with NFL-worthy talent, even when considering the turnover. The oddsmakers have understandably identified them as the squad to defeat in the Big 12 this coming campaign. There are however questions all throughout Oklahoma’s roster that could indicate the Sooners may experience a transitional season. Venables’ first season in charge will welcome challenges.

We’re boldly backing the Texas Longhorns to capture their first conference title since their historic 2009 campaign. It’s safe to say Longhorns faithful were left disappointed by their 2021 season. A solid 4-1 start quickly fell by the wayside following three consecutive defeats to conference rivals Oklahoma, Oklahoma State, and Baylor. The Longhorns ultimately crawled to a less-than-desirable 5-7 finish.

Texas Head Coach Steve Sarkisian responded to the adversity by enjoying one of the most aggressive offseasons in program history. Sarkisian managed to spearhead a top-five recruiting class that’s loaded with offensive and defensive linemen. Perhaps most importantly, Texas landed Ohio State transfer quarterback Quinn Ewers, who immediately takes over an offense with plenty of playmaking talent at its disposal.

Ewers’ presence should solidify Texas’ offense, but the Longhorns will still lean on Bijan Robinson, A.K.A. the top running back in all of college football. Robinson is a do-it-all ball-carrier that should shine all throughout the impending season. The Longhorns may field the conference’s most explosive offense.

The new-look Longhorns appear primed to enjoy their most successful season in more than a decade.

The Cowboys possessed an excellent chance to seize their first conference title since 2011 last season, but ultimately fell 21-16 to Baylor in true heartbreaking fashion. Oklahoma State should still consider last season a success despite that title-game failure, given their ability to capture their first double-digit win season (12-2) since 2017. Oklahoma State’s impressive season included victories over Oklahoma, Texas, and Baylor (their first meeting.)

Should their top rivals stumble for the second consecutive season, the Cowboys will be well-positioned to take advantage.