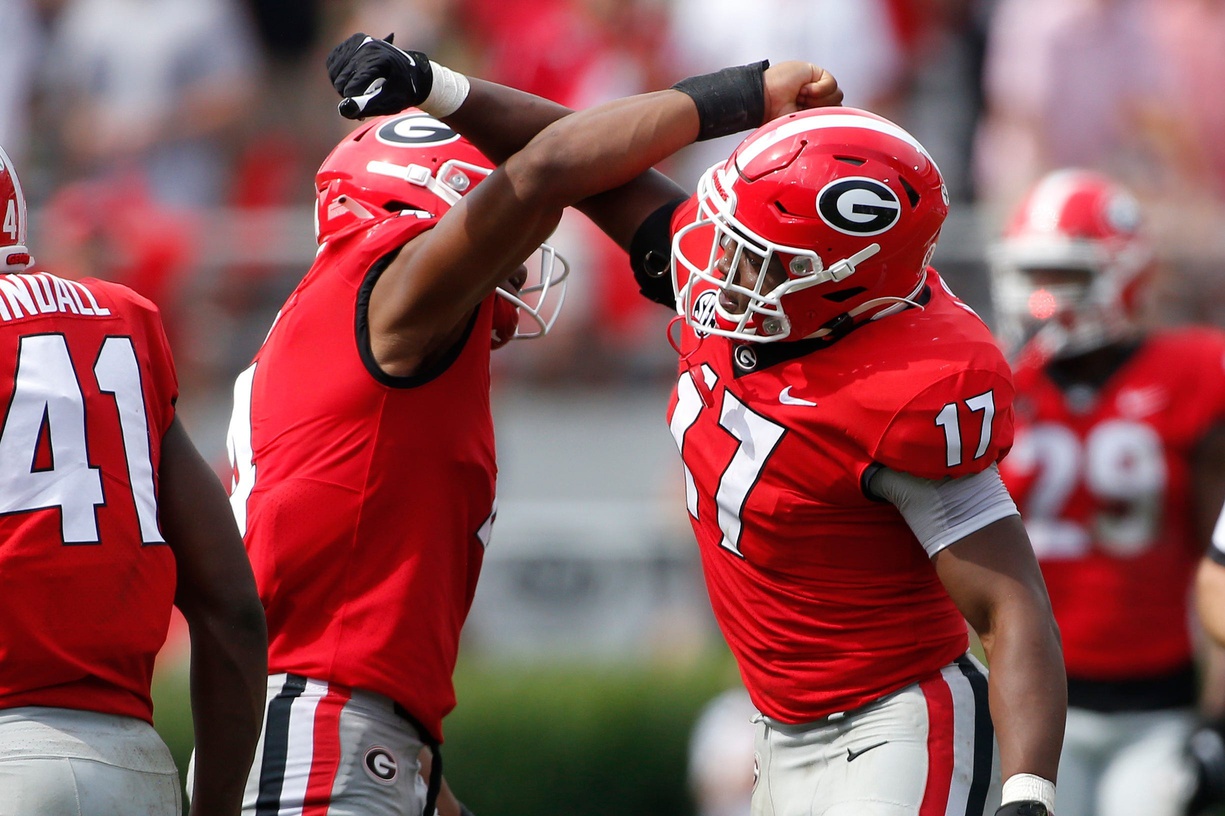 Best Value Picks in Each Round of 2022 NFL Draft

With an overwhelmingly deep pool of talent, the NFL Draft did not disappoint under the bright lights of Las Vegas. From eligible underclassmen to fourth, fifth-year and even some sixth-year talents, value and pop was to be had on all three days of draft weekend. Here are my favorite value picks in each Round 2.

The top player – by far – on my personal board, grabbing Kyle Hamilton

with the No. 14 overall selection is a flat out robbery. While teams shied away from the Notre Dame product due to his 40-yard dash time at the NFL Scouting Combine, it was a case of best player available for General Manager Eric DeCosta. Slotting in Hamilton adjacent Marcus Williams, Chuck Clark, Marlon Humphrey and Marcus Peters is an embarrassment of riches for what will be a highly contested race for the AFC North division crown.

Hamilton is a do-it-all talent that will have an impact at every level of the defense and will prove to be the ultimate chess piece for Baltimore’s new look defense under Defensive Coordinator Mike Macdonald. For DeCosta to grab Hamilton near the middle of the first round is a scenario I expect the 13 teams in front of them to look back on years from now as a moment where “we got cute.”

Grabbing David Ojabo at No. 45 overall? The Ravens are at it again. A former lock in the top 15 picks before suffering a torn Achilles at his pro day, Ojabo is expected to be full-go by October and should slot in nicely opposite Odafe Oweh. Ojabo is still relatively new to the game but when it all begins to click and pushing the pocket becomes second-nature, he could be a truly dominant force.

While I went back and forth between Dean and Atlanta’s selection of quarterback Desmond Ridder, grabbing the potential top linebacker in the class late on Day 2 could be the steal of the year. While injury concerns shied teams away from the future green-dot defender, Eagles General Manager Howie Roseman said Dean will be “ready to go” for rookie minicamp with zero limitations moving forward. We’ll see, but Dean is a unique talent at linebacker that will provide a sense of identity for a substandard Eagles linebacking corps.

Uncoverable at times down at the Senior Bowl, grabbing Austin to kick off their Day 3 haul was an excellent addition for whomever aligns under center for Head Coach Mike Tomlin this year. He isn’t the vertically-imposing Drake London, nor is he the most fluid route runner, but his short area quickness is nearly impossible to stay in front of and he will gain yards in chunks for a long, long while in Pittsburgh.

Woolen is a 6-foot-4 talent that runs the 40-yard dash in 4.2 seconds and jumps over 40 inches in the vertical. Those don’t grow on trees. Now, all great athletes don’t make good football players and Woolen remains relatively new to the position after transferring over from the offensive side of the ball, but he is long, powerful and can run with any wideout in football. With cornerbacks Sidney Jones and Artie Burns set to start opposite each other, the addition of an elite talent like Woolen is a heck of an amount of value and a spot that should allow him to work into a large amount of snaps from the onset of his career.

Honorable Mention: Washington grabbing quarterback Sam Howell to open up the fifth round presents Washington Head Coach Ron Rivera with his potential starter down the line without having to expend a high asset on a signal-caller.

As a versatile player along the front five, turn on Salyer’s tape in the college football semifinal against Michigan’s Aidan Hutchinson and David Ojabo and tell me Salyer’s a sixth-round selection. The Chargers are building from the inside out with quarterback Justin Herbert and his deep arsenal in place and Salyer will offer high level depth from day one, with the skill set to evolve into a starter down the road.

General Manager John Schneider put together one of the more sneaky good draft classes. Grabbing Melton in seventh should excite Seahawks fans due to his versatility. He’s a better player than wide receiver Dee Eskridge and will immediately provide pop both on offense as a target hog for quarterback Drew Lock and on special teams as a water bug in space. He deserved to go higher and I expect him to play well in year one with teams focused on limiting receivers Tyler Lockett and D.K. Metcalf.