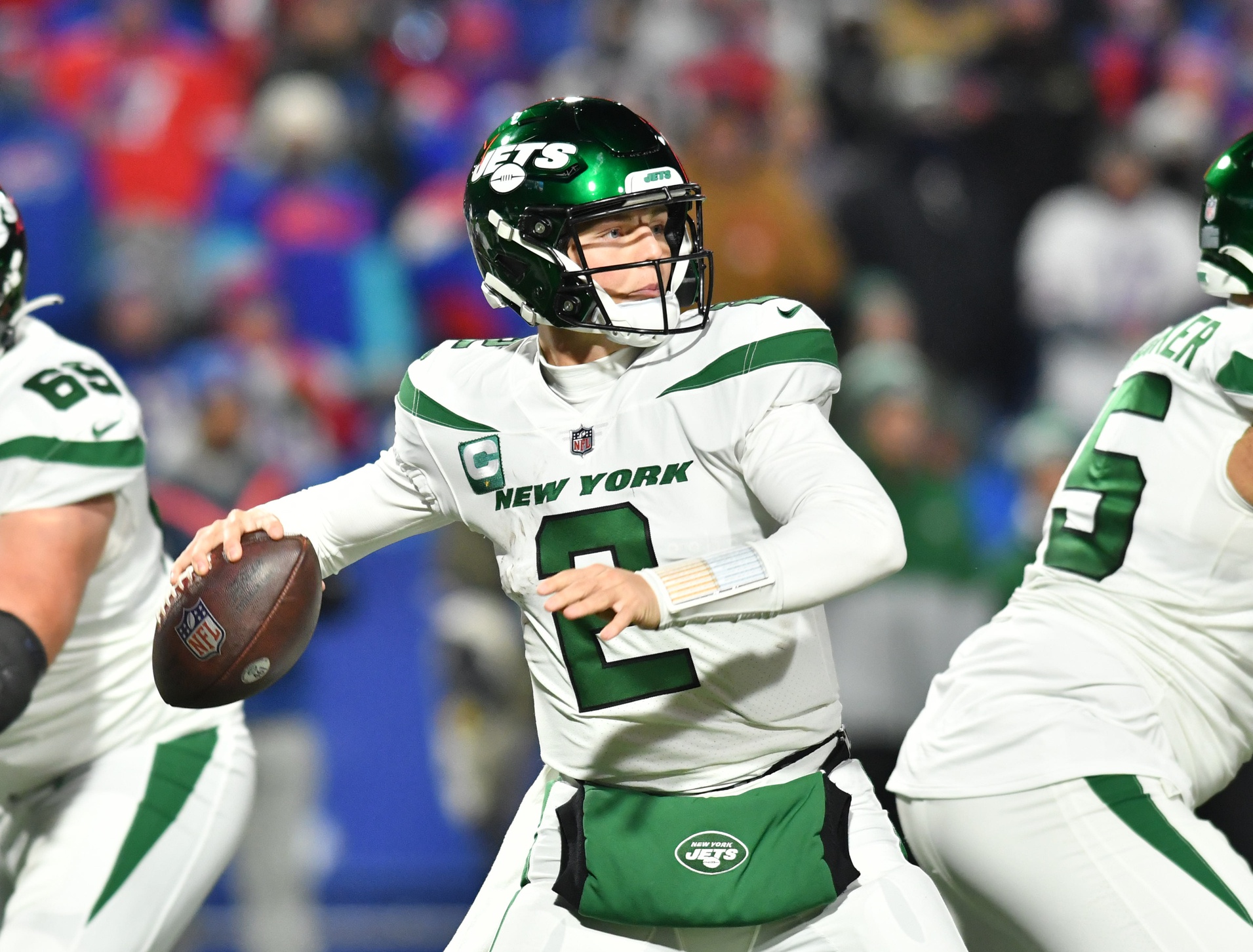 4 Best Ball Stacks to Target in Fantasy Football This Season

Best ball stacks are a pairing of a team’s quarterback and a teammate he can directly impact. The first goal is to target offenses that can produce a lot of fantasy points. If you draft Justin Herbert, you should consider pairing him with Keenan Allen or Mike Williams.

The second goal is to hone in on high-volume quarterbacks. The more passes a quarterback throws, the more potential points for his weapons. While some running backs can see a positive impact from their quarterback – especially pass-catching backs – stacks typically consist of wide receivers or tight ends. Drafting Deshaun Watson isn’t a bad move if you draft Nick Chubb. But the pairing doesn’t maximize your points as much since Chubb isn’t too involved in Cleveland’s passing game. Of course, most good quarterbacks and their top weapons will be gone by the later rounds.

I chose five teams you should eye for late-round stacks based on the quarterback’s ADP. I only chose passers with an ADP of QB20 or lower. If you’re looking for more best ball content, check out my explanation and rankings. Let me know your thoughts @ZachCohenFB.

All data follows a 12-team, half-PPR format unless stated otherwise.

Suddenly, Detroit is filled with playmakers to pair with one of football’s best-looking offensive lines. The x-factor here is Jared Goff. As with all the quarterbacks on this list, Goff still has plenty to prove. Luckily, he can still be a viable fantasy asset. Goff can reap the benefits from his teammates like Amon-Ra St. Over the final six weeks of the season, St. Brown was far and away the overall WR2 in fantasy. Goff played in four of those games, and not only was he a mid-QB1 in half of them, he was also QB14 in points per game. (I find total points and ranges to be better indicators of success than averages in best ball since the system doesn’t penalize poor starters.)

Pairing Goff with St. Brown and T.J. Hockenson seems like the best route. D’Andre Swift averaged six targets per game and is also a proven asset in the passing game. As for the other wide receivers, Jameson Williams is coming off an ACL injury, yet he has immense big-play ability. Who knows what D.J. Chark has left in the tank. Perhaps he finds success early in the season if Williams is out.

The best stack is Goff and Hockenson. Even if the Lions can’t get anything going on offense, you can maximize points at a valuable position with a reliable receiving option. Hockenson missed the final five games with a thumb injury, but he was Goff’s preferred option all season with 83 targets.

A Goff-Swift stack is another good option since Swift was Goff’s second-favorite target last season. The stack’s risk is mitigated becasue Swift is a running back and he can play well regardless of Goff’s performance.

Davis Mills had two stretches as Houston’s starter last season. His second stretch was from Week 14 to Week 18. He threw between 27 and 49 passes in each of those games. Mills averaged 34.2 passes per game, which was the tenth-most pass attempts among quarterbacks last season.

The Texans should face negative game scripts again in 2022, which means more passes for Mills. It helps to have one of the most consistent receivers in football in Brandin Cooks, too. In 2021, Cooks produced double-digit points in nine of his 16 games. His role will stay the same in 2022, even with Lovie Smith replacing David Culley. Cooks’ current ADP (WR30) makes him one of the best values in best ball.

Based on Mills’ surprisingly solid play toward the end of his rookie season, he has the strong edge to retain his starting job. Pairing the two for your fantasy team can double the points, especially since Cooks was easily Mills’ favorite target. After Cooks, there aren’t many enticing options left on the roster. Nico Collins was Mills’ second-favorite target and will likely be the starting receiver opposite Cooks. Rex Burkhead was Mills’ third-favorite option, but we really don’t know what this crowded-yet-underwhelming backfield will look like. Brevin Jordan still has a lot to prove, though you could do worse than him in the later rounds. John Metchie intrigues me despite a lack of top-end play speed and his recovery from an ACL injury. If you draft any Houston Texan, it should be Brandin Cooks, and you should pair Mills with him if you don’t have a strong QB1 nor QB2.

Unlike the previous two stacks, the Saints’ offense has sustained multiple fantasy-relevant players over the years. Nothing should change following Dennis Allen’s promotion to head coach. The Saints were pretty run-heavy last season; they had the third-highest rush rate in football. But this is a different-looking offense than it was a year ago. Jameis Winston returns from injury and Michael Thomas is back, too. New Orleans also invested in offens in the NFL Draft with the selection of Chris Olave. It all suggests a shift to more passing, which is great for fantasy football.

Upside becomes even more important the later you get in fantasy drafts, and best ball is no exception. Winston is an upside player; he has a high ceiling (and a low floor). Luckily, his ADP is in the QB2 or QB3 range, which mostly mitigates risk. You can stash Winston on your bench and reap the rewards of his random 20-point outbursts. While those happened just twice in six full games last season, his renewed arsenal suggests more QB1 performances.

Kamara is one of the safest running backs in fantasy football thanks to his involvement in the passing game. If Winston plays poorly, Kamara can still play well. If you draft Kamara, you should definitely target Winston later. As for the wideouts, Thomas may or may not be healthy to start the season, though his WR28 ADP reflects that a bit. If anything, expect Jarvis Landry to chip into Thomas’ workload more than Chris Olave’s. While Olave isn’t in the best fantasy situation, he’s a fine WR4 with solid upside. If this offense starts clicking again, Winston, Kamara and Thomas will be the main benefactors.

The Jets have done what every team with a young quarterback should do: They’ve surrounded Zach Wilson with weapons. Is it the greatest supporting cast? No, but it’s a good start. It’s also enough to give Wilson plenty of options to throw to. Only Tampa Bay passed more than New York last season, so the potential volume is there for Wilson to make a sizable weekly impact. We also know Wilson can make plays with his legs. Adding Breece Hall likely means more run calls than last year, but the Jets still seem focused on establishing a potent passing offense for Wilson.

I’d prefer a Lions or Saints stack because of Goff and Winston’s value, though Wilson offers enough upside to be a fine QB2 or a great QB3 for your roster. The tricky part comes in identifying who to stack with Wilson. Elijah Moore appeared to be the clear option before the NFL Draft, but the Jets took Garrett Wilson and muddied the waters. Moore and Wilson are relatively similar receivers. Both are slender players who can align and win at all levels of the field. It’s fair to assume they’ll eat into each other’s workload, especially since Corey Davis just profiles as an outside receiver. That’s why I have Moore and Wilson listed as interchangeable. I prefer Moore to Wilson because we’ve seen what Moore can do. Ultimately, it’s a preference of which receiver you like best.

I’d advise taking Davis at a cheaper cost instead of pairing Moore and Wilson with the QB Wilson. The Jets upgraded their offensive line, too, though we shouldn’t expect Breece Hall to be heavily involved in the passing game.

Don’t let the Malik Willis selection fool you; Ryan Tannehill is the Titans’ starting quarterback. He is also once again drastically overlooked in fantasy football. Last season, Tannehill’s range of points was from 8.1 to 27.3, though he only dipped below 12 points just three times. Clearly, Tannehill has a highly established floor. So why is last year’s QB12 being drafted as a low-end QB2? This is the same quarterback drafted as a low-end QB2 last offseason after finishing as the QB7!

Since Tennessee’s offense is so run-heavy, Tannehill and Derrick Henry isn’t the best stack. Henry’s proven time and time again he doesn’t need Tannehill to play well for himself to play well.

With A.J. Brown in Philadelphia now, Tannehill needs another top receiving option to funnel targets to. Treylon Burks fits that bill in more ways than one. Tannehill’s ceiling dips without Brown, but Burks’ potential to fill Brown’s role isn’t reflected in Tannehill’s ADP yet. While Burks is in no way an exact clone of Brown, the rookie’s versatility amplifies his fantasy potential.

The Titans also traded for Robert Woods, who quietly hit double-digit points in seven of his nine games before missing the end of the 2021 season with a torn ACL. We shouldn’t be too confident in a 30-year-old receiver carving out a large role in an offense that has yet to sustain a fantasy-relevant WR2.

As for Austin Hooper, he’s a sneaky late-round tight end target after failing to do much in Cleveland. I think he’s a better fit for Tennessee’s offense anyway. Hooper will have less competition for playing time and targets, and the Titans’ offense more closely resembles the Falcons’ offense that Hooper thrived in two seasons ago. Tannehill and Burks is the best stack here, but Hooper’s ADP makes him a solid option to toss in, too. 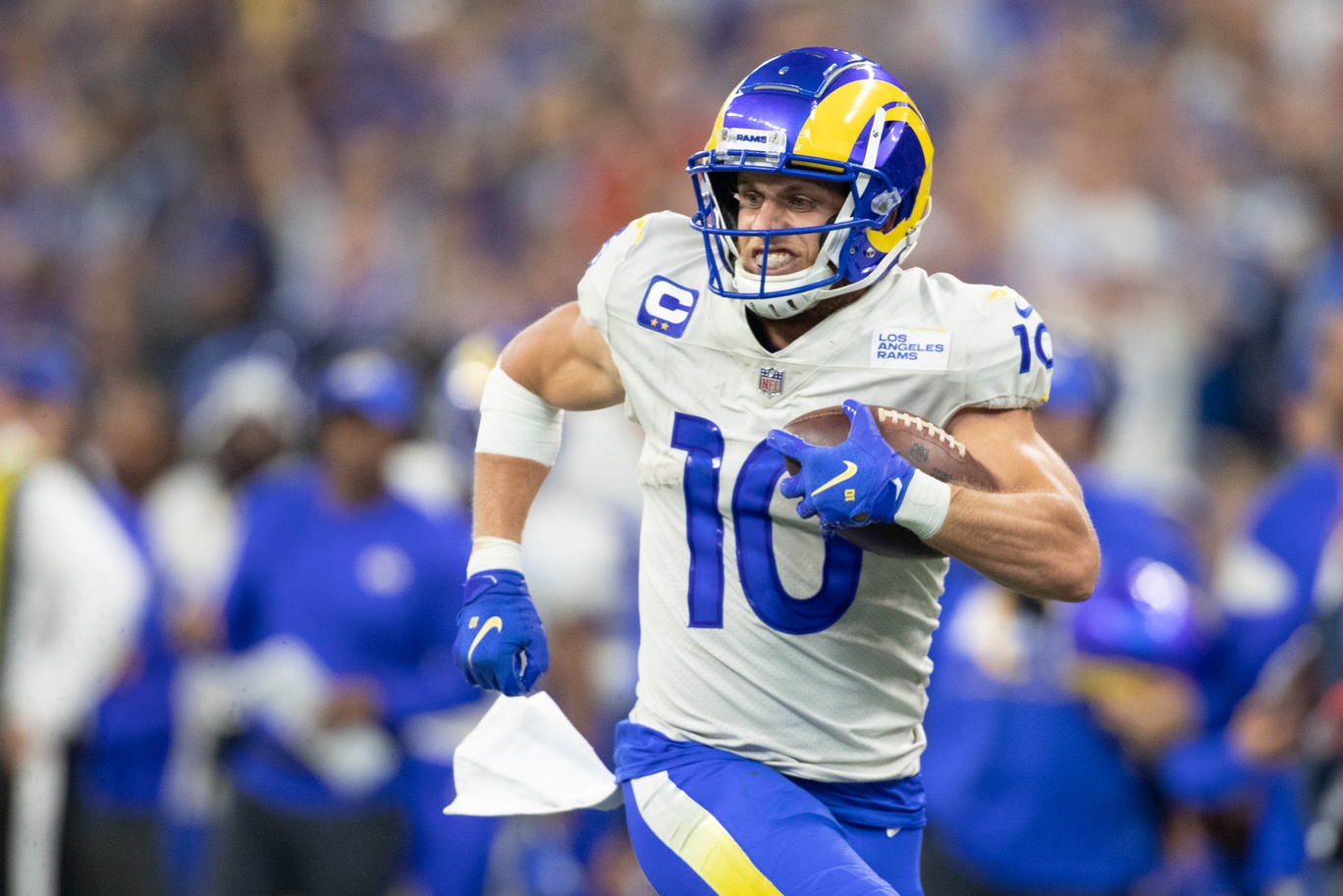 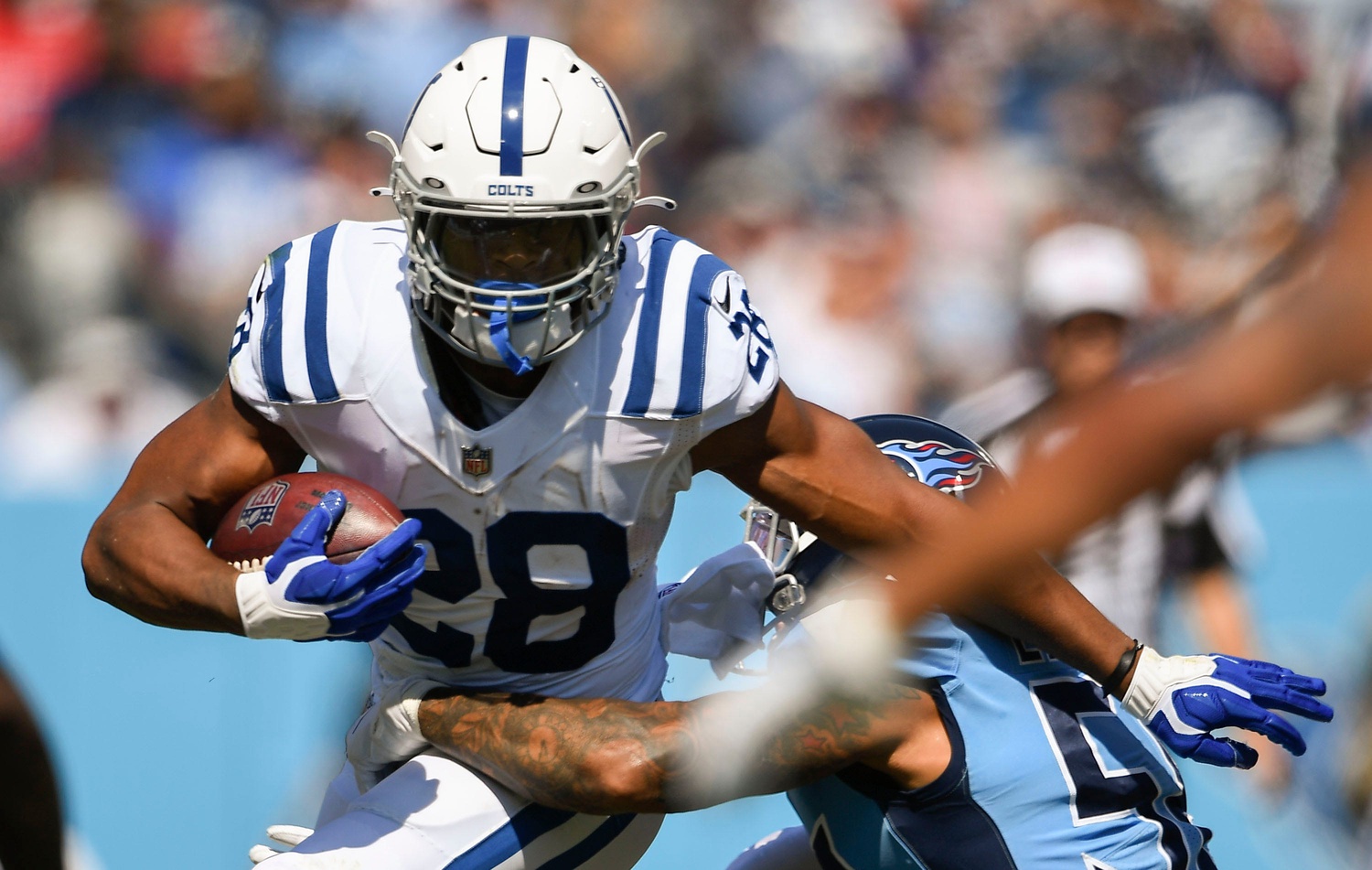