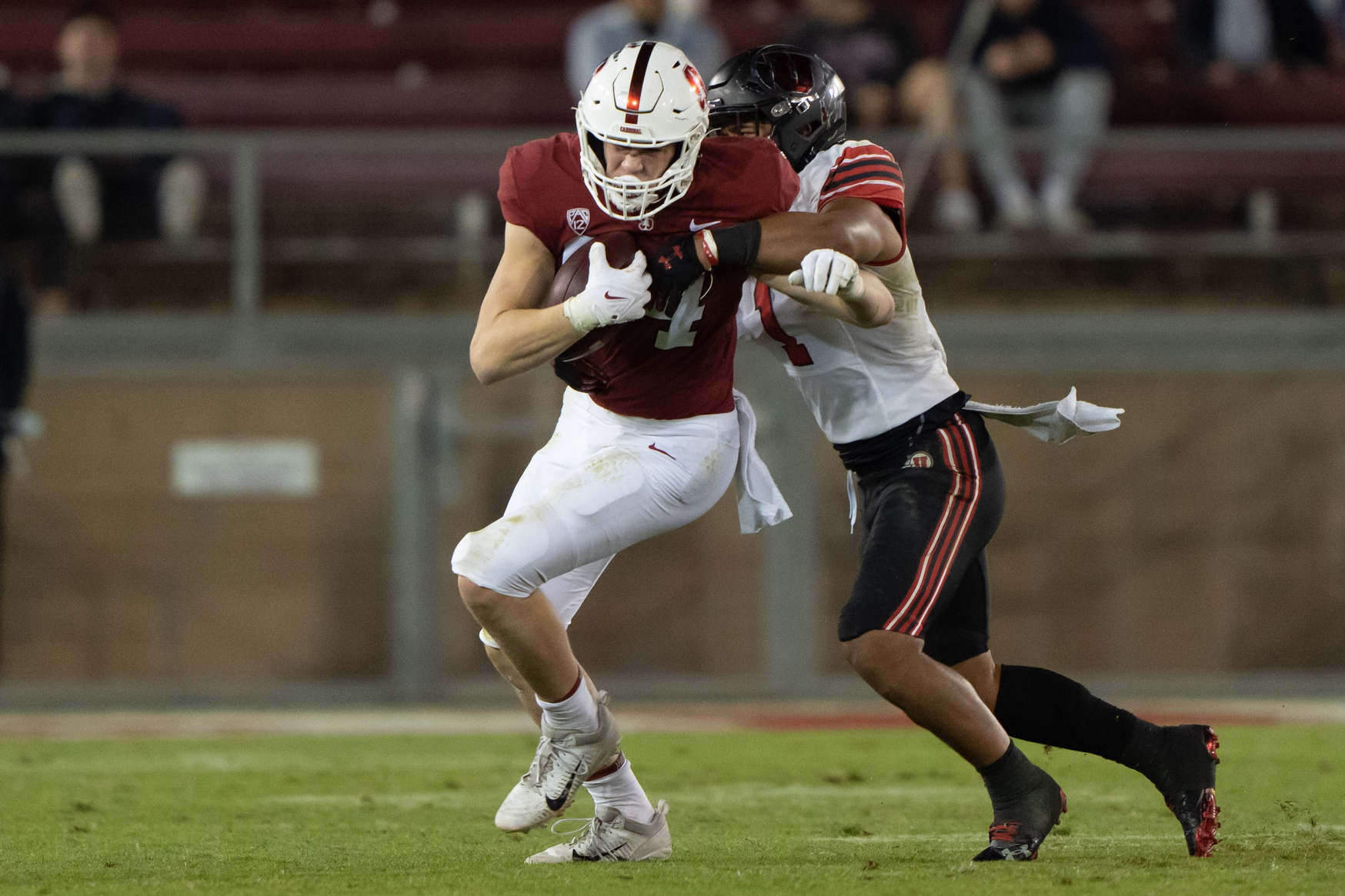 Benjamin Yurosek Could Be The Next Impact Stanford TE

A tale as old as time, almost every draft cycle it seems like we end up falling in love with a Stanford tight end. This year, it’s Benjamin Yurosek who could be the next Cardinal product to ‘oooh’ and ‘ahh’ as we make our way toward the college football campaign and 2023 NFL Draft.

Following a breakout sophomore campaign in 2021, Yurosek enters the fall as one of the top flex options in the country. A 6-foot-5 blend of ball skills, length, and an extra gear to burst through the secondary, Yurosek’s deep bag of traits has drawn the attention of the industry for some time. A true junior with a skill set that will only improve as he continues to holster targets, it’s the finer details of the position that makes Yurosek stand out among what will be a deep 2023 tight end class come April.

With his aforementioned length, the strides of Yurosek allow him to eat up space between himself and opposing defenders. An easy separator off the line of scrimmage, hauling in passes similar to a Venus fly trap is only half the battle—the fun starts when Yurosek begins to pick ‘em up and put ‘em down in space.

TE Benjamin Yurosek has some juice!

True junior (6'5 231lbs) has a Dennis Pitta, Mike Geisicki, Tyler Eifert vibe to him as a flex TE that is a weapon in pass game. Good hands, length, strides, vertical speed & getting better w/ his route running!

Excited for his '22 campaign pic.twitter.com/eyQrRqJZFi

Yards after the catch is the name of the game, and while no one will confuse Yurosek for the electric athletic intangibles of Georgia’s Brock Bowers or South Carolina’s Jaheim Bell, his ability to chew up yards with every stride makes it a tall task to topple his 230-pound frame at full speed. Like the names before him in Dalton Schultz, Austin Hooper, and Zach Ertz, all former Cardinal tight ends who heard their name called on draft weekend, Yurosek’s well-rounded game presents a high-performance floor for teams in need of both a man mover in the run game and aerial weapon to rely upon in high leverage situations.

As each of the aforementioned talents has evolved into high-level pro talents, it’s hard not to believe that the Bakersfield, CA native and former three-star prep talent could blossom into an impact player on Sundays and a dominant force for Stanford this fall.

A former standout on the hardwood that led his high school to a state title in his senior season, it doesn’t take long to notice that Yurosek spent many a day battling for rebounds and tough buckets in the paint. Silky smooth footwork is often a constant with Stanford tight ends, but for Yurosek, everything starts in his lower half. A highly recruited two-way athlete whose prowess as a defensive end initially earned him interest from Power Five programs, his ability to change direction on a whim, slide, shuffle, and burst with ease is what makes him so dynamic now on the opposite side of the ball.

Whether he’s in-line with his shoulder glued to the tackle or buzzed out to the boundary, Yurosek’s presence extends a playbook. A modern-day flex option, he’s a talent that deserves a massive red dot beside as a name to follow for Stanford this season.