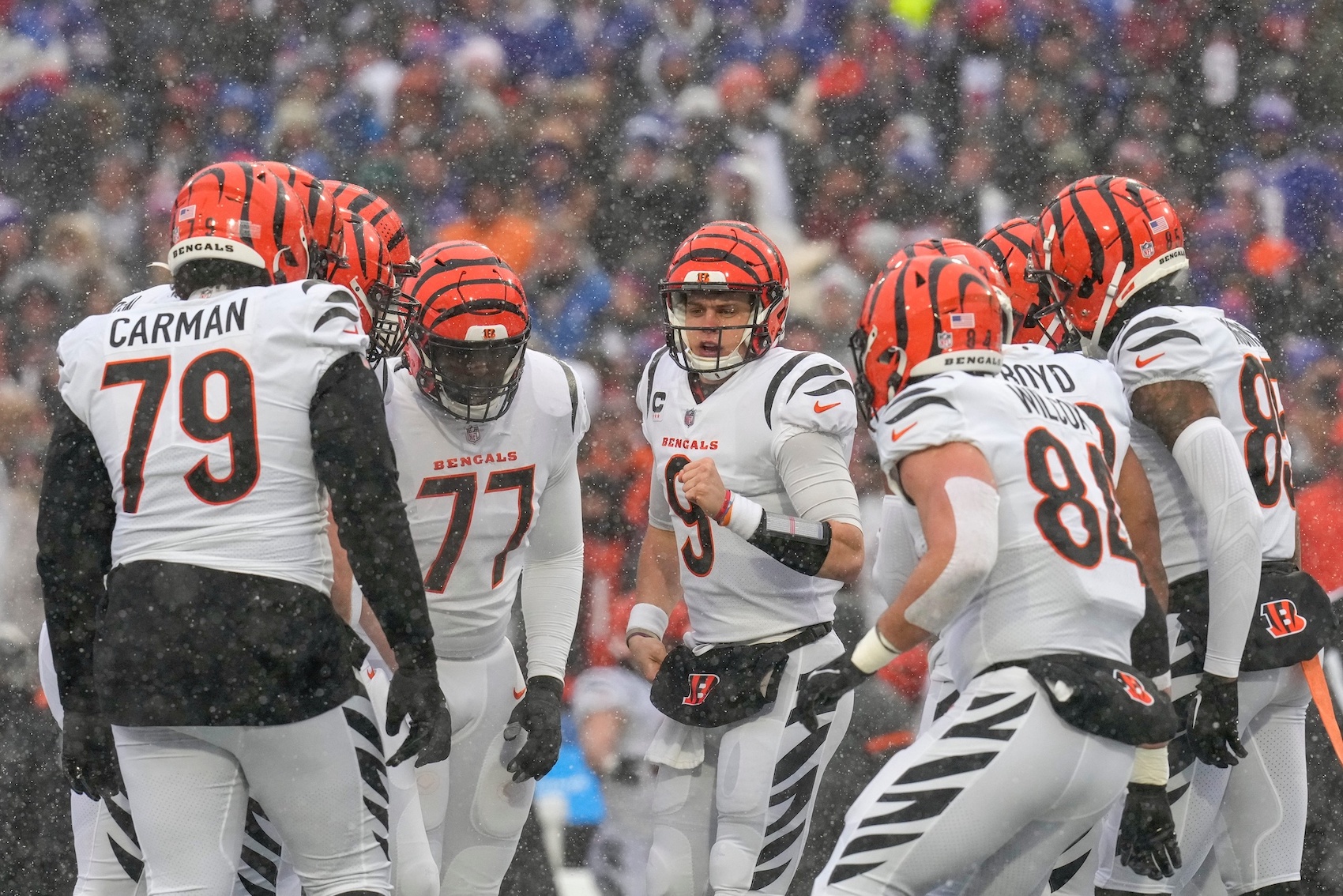 How Bengals Are Overcoming OL Injuries

After spending so much of their offseason working to bolster the offensive line in front of quarterback Joe Burrow, the Cincinnati Bengals are facing a poorly timed injury bug to the unit. Right tackle La’el Collins tore his ACL on Christmas Eve, right guard Alex Cappa injured his ankle one week later, and left tackle Jonah Williams dislocated his kneecap in the wild-card round.

Even with the patchwork offensive line they had to put together, the Bengals have been able to return to Kansas City for their second straight AFC Championship appearance against the Chiefs. How have they been able to do it?

Obviously, a ton of credit should be given to the group of reserves who have done a fantastic job filling in and stepping up to the task. Backup left tackle Jackson Carman, right guard Max Scharping, and right tackle Hakeem Adeniji have played really well and were all impressive against the Bills last Sunday.

Carman especially deserves credit after the 2021 second-round pick had a whirlwind start to his career—getting benched twice his rookie year, moving across the offensive line from left tackle to both guard spots before eventually losing his job to rookie left guard Cordell Volson this offseason. In his first start of the season, Carman was mostly great against the Bills in pass protection but really excelled in his run blocking against a usually stout defensive front.

Thanks to Carman and the rest of the fill-in offensive linemen blocking up front, running back Joe Mixon was able to run all over Buffalo in one of his best starts of the season. He finished the day with 105 rushing yards on 20 carries (5.25 yards per carry) and a touchdown. Without the efforts of the guys up front, that doesn’t happen.

Another notable statistic from the Bengals’ matchup with the Bills in the divisional round was the lack of sacks Burrow took in the game. Just about a year after breaking a playoff record with nine sacks taken in last year’s wild-card round, the quarterback took just one sack and was hit just three times in Buffalo on Sunday. As much credit as the offensive line deserves for that, Burrow himself also gets credit for becoming a quarterback that’s much harder to sack than he was earlier in the season.

Burrow started this year taking 13 sacks through the first two games of the season, raising concerns that the Bengals’ efforts to rebuild the line in front of him had failed. As the season progressed with the quarterback playing behind the same offensive line, the sacks count diminished. Part of it could have been the generally better play from the pass blockers up front, but a bigger part of it, the part especially noticeable on Sunday, was Burrow’s ability to process defensive looks quicker and get the ball out fast.

On Sunday, it took Burrow an average of 2.5 seconds to get the ball out on his 36 pass attempts. With such a quick process and release, it was nearly impossible for the Bills’ pass-rush attack to get any pressure on the third-year quarterback. As a result, their 21.1% pressure rate was the lowest of any team in the divisional round. Even when Buffalo tried to disguise their coverages by dropping safeties or having them come down late, Burrow was unfazed. Quick processing was always one of Burrow’s strongest assets dating back to his time in college, and it’s something that has only gotten better as his pro career continues.

As Cincinnati heads to its second consecutive AFC Championship Game, the backup blockers have to continue playing at a high level, yes. But the onus is also on Burrow to continue getting the ball out to his receivers quickly whenever he drops back, especially given the fact that he’ll still be playing with backups on the offensive line and a banged-up Ted Karras, their center. The Bengals can’t afford to have their quarterback taking a ton of sacks if they hope to make a second consecutive Super Bowl appearance. Based on how Burrow has played over the last couple of weeks, there’s plenty of reason to have faith that he’ll stay upright on Sunday.