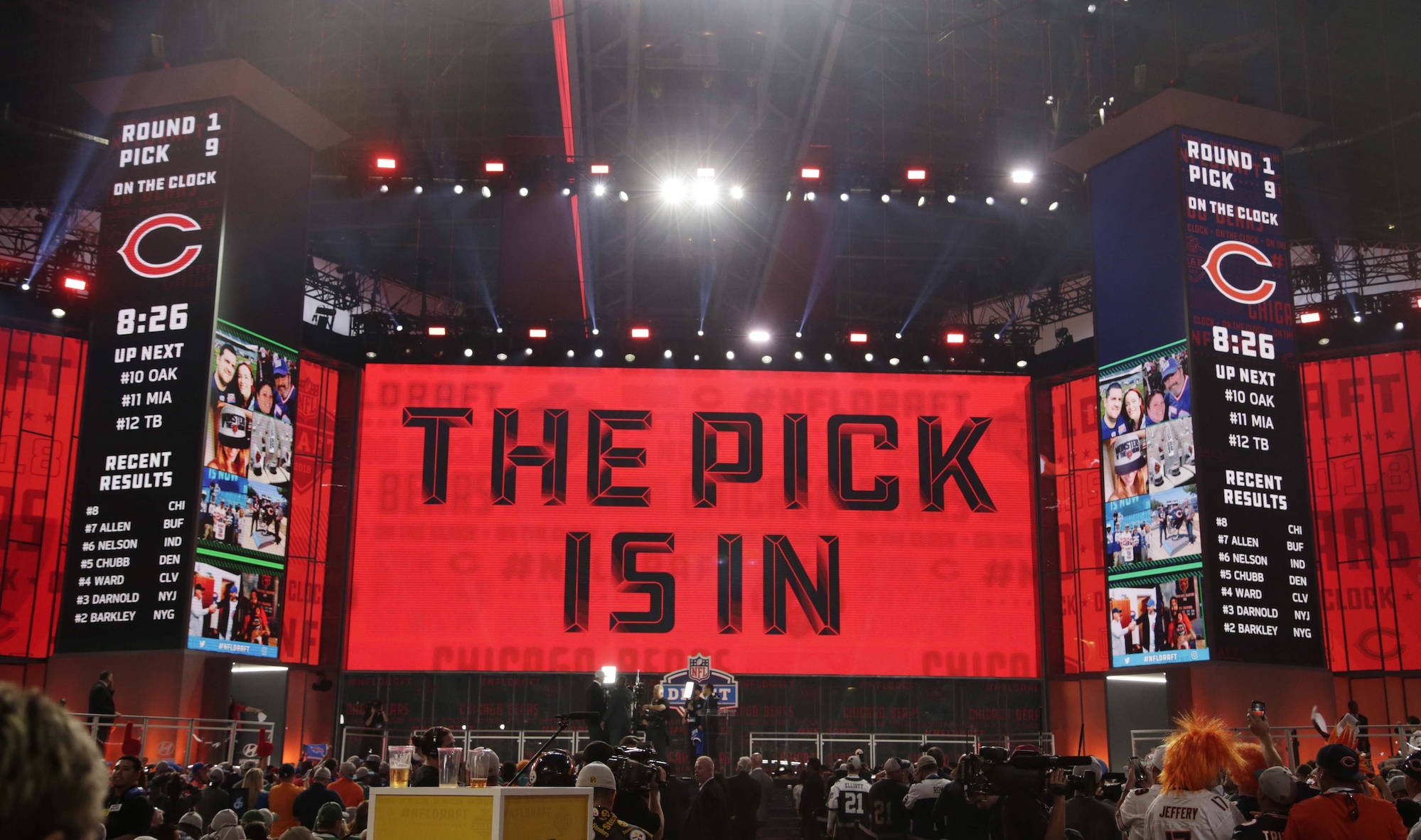 Somehow, some way, the Houston Texans managed to choke away the No. 1 overall pick of the 2023 NFL Draft in the waning moments of their Week 18 win in Indianapolis. Now, thanks to the Texans’ win, the Chicago Bears stepped into that coveted spot with their loss to the Minnesota Vikings.

Given their lack of need for a franchise quarterback and speculation that the Bears would consider a trade back, what might that look like? There are plenty of potential suitors for that first pick with so many teams around the league in need of a new solution under canter. With that being the case, along with the fact that the Texans are likely considering taking a quarterback with the No. 2 overall pick, the Bears could get quite the haul in a trade.

There is recent precedent, of course, for teams trading back out of the No. 1 overall pick. Back in 2016, the Tennessee Titans traded the top pick to the Los Angeles Rams, who went on to draft quarterback Jared Goff. In addition to the first pick, the Titans traded their fourth- and sixth-round selections to Los Angeles. In return, the Rams gave up their first-round pick, two seconds, and a third in that year’s draft along with their first- and third-round selections for the following year.

In a year with more suitors for the chance at a top quarterback, the Bears may not even have to give up any additional picks like the Titans did for what will doubtlessly be a massive picks haul. That’s crucial for a team that needs to build up so much of the roster like Chicago. While they are likely considering trading away the first overall pick, that doesn’t necessarily mean they’re willing to give up more capital in later rounds—the way Tennessee did in 2016—to do so.

Now, any team looking to make that trade up could opt to trade Chicago a starting-caliber player rather than losing some of those later picks. Take the Colts, for example, a quarterback-needy team who could offer guard Quenton Nelson—filling one of the Bears’ big needs—along with those two firsts and two seconds and in lieu of losing picks in the later rounds. The Panthers, another team in need of quarterback help, could offer up a receiver like D.J. Moore or Terrace Marshall Jr. to also help fill a Bears need without sacrificing additional picks.

Of course, there’s always the possibility the Bears hold onto their pick, use it to draft a quarterback, and trade Justin Fields instead. In the NFL, and with a team that hasn’t held the first overall pick since the 1940s, it’s impossible to be sure. The team would get a massive haul of picks for Fields, too. If they do decide to trade down from the first overall pick though, they shouldn’t get fewer than five picks—and four in the first couple of rounds—to build around their current quarterback.

The Bears are setting up for one of their best offseason situations in decades. If general manager Ryan Poles can make it successful, whether they end up trading down in the draft or not, Chicago could be set up for major sustained success in the years to come.