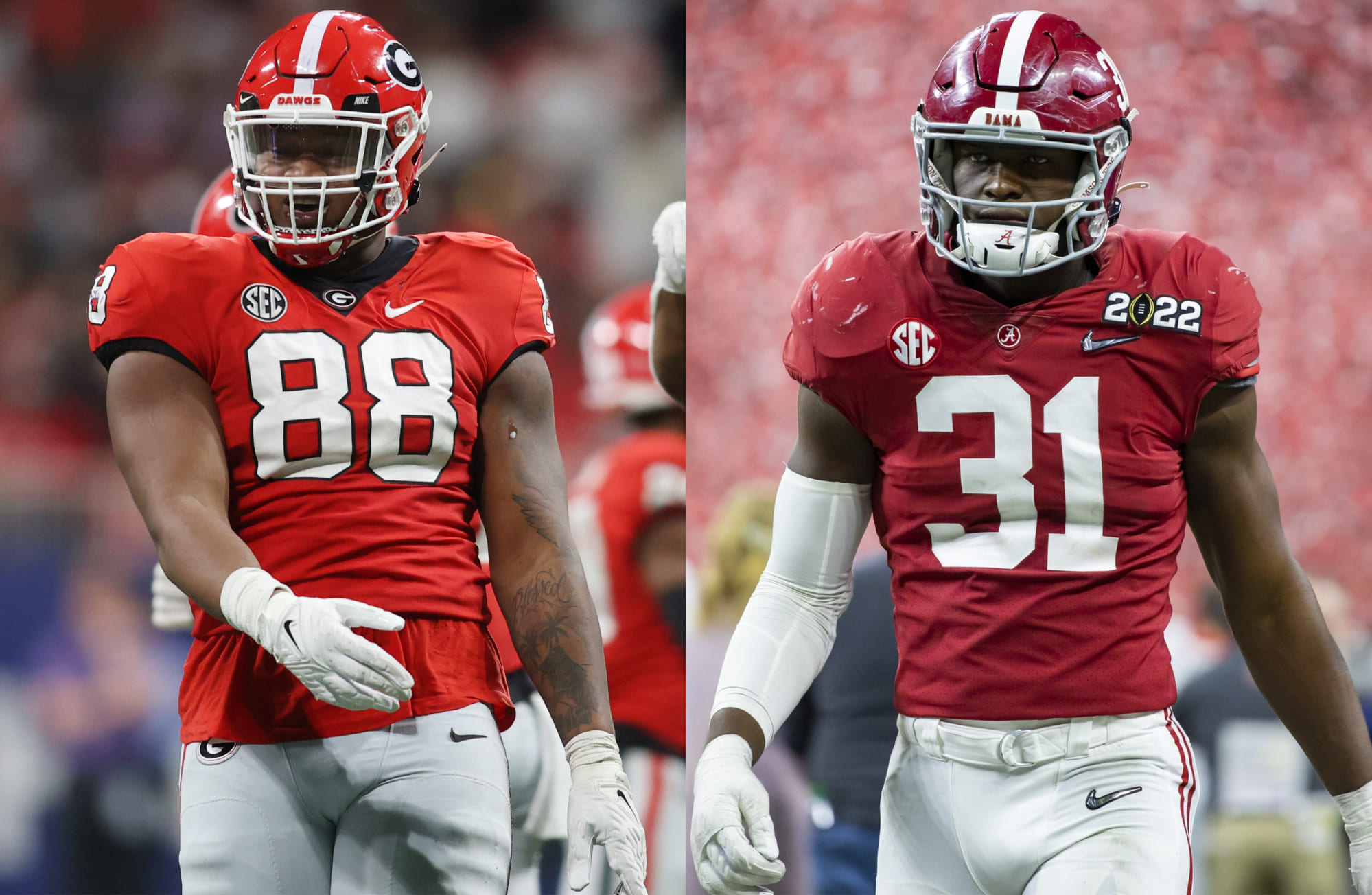 What Should Bears Do If They Get No. 2 Pick?

With two games left to play, the Chicago Bears are inching closer and closer to landing a top-two selection in the 2023 NFL Draft. Expectations were low in the first season of the Ryan Poles/Matt Eberfuls era, so a 3-12 record shouldn’t be a surprise, and the season included plenty of bright spots with how young players on both sides of the ball performed.

Loaded with assets to improve the roster, the Bears should be the most active team in the NFL this coming offseason as Chicago looks to build around Justin Fields while also improving the defensive personnel. The Bears are armed with more than $100 million in cap space—the most in the NFL—and eight picks in the 2023 NFL Draft. Needless to say, a significant influx of talent is on the way.

The Bears will be expected to take a notable step in 2023 and how those resources are invested will shape the team moving forward. Given how the NFL draft is the heartbeat of sustained success in the NFL, no decision is bigger than what to do with the No. 2 overall selection. Let’s examine what Chicago’s options are.

For all the discussion that is going to be centered around how the Bears need to improve Fields’ support cast, the defense also needs considerable reinforcements. Truth be told, there may not be a top-of-the-first-round offensive talent available for the Bears. If the Bears stay at No. 2 overall they will likely be choosing between Alabama EDGE rusher Will Anderson Jr. and Georgia defensive tackle Jalen Carter—both are worthy of a top-two pick. Both Anderson and Carter have the potential to be among the most dynamic defensive playmakers in the NFL.

Carter is the perfect 3-technique for Eberflus’ even-front defense. He offers the ideal blend of size, athleticism, power, and instincts. Anderson Jr. has been a total game-wrecker for Alabama where his ability to collapse the width of the pocket on passing downs and make plays behind the line of scrimmage against the run has seen him produce 58.5 tackles for loss and 34.5 sacks in three seasons for the Crimson Tide.

Neither player will have to wait long to hear their name called on draft night and both would fill a major need for the Bears. So who should they pick? Assuming nearly identical grades for both prospects and both have the personal makeup the Bears are looking for, that answer comes down to positional value.

There is plenty of belief that it’s easier for offenses to gameplan around and limit the impact of an edge player than an interior defensive lineman, which favors Carter. But is that how the Bears see it?

It’s abundantly clear that despite the positive flashes from Fields in 2022, he didn’t have the pieces around him to be the best version of himself. Simply put, that can’t be the case again in 2023. Chicago has to prioritize—above anything else—providing Fields what he needs to be successful while also giving the Bears the correct scenario to fully assess what they have in their young quarterback.

The challenge with finding an answer at the top of the 2023 draft is a lack of blue-chip offensive prospects worthy of a top-two pick. The last thing Chicago needs to do is force an offensive player as the selection and pass up the opportunity to either trade back or pick one of the previously mentioned defensive linemen.

There is a strong case to be made that given the landscape of the draft, the offensive help should come via free agency where Chicago has the cap space to be aggressive. Surrounding Fields with more veterans and fewer developing young players is more beneficial to his development. It’s also worth noting that offensive help doesn’t have to come in the first round and meaningful pieces can be found on days two and three of the draft.

This could be the most attractive option.

While Carter or Anderson Jr. could provide a significant building block for any roster, the haul acquired from a quarterback-needy team to move up the order could set the Bears up with significant resources.

What the Bears accomplish in free agency will help determine if moving back is the right move, but a package of picks that offers Chicago the flexibility needed to be active in the trade market just might be the best way to maximize a top-two pick.