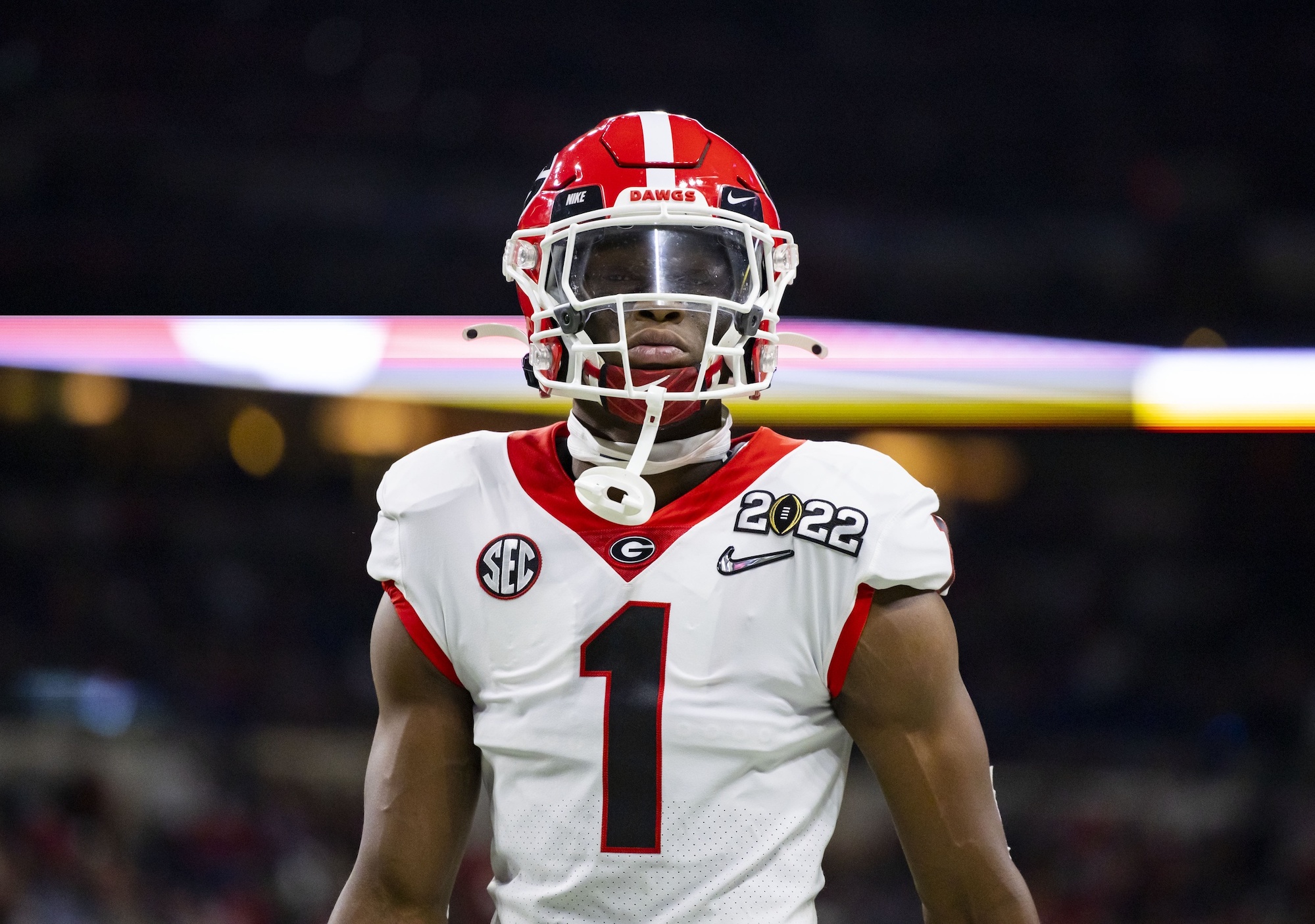 The first round of the 2022 NFL Draft is in the books, and despite six wide receivers coming off the board in round one, the Chicago Bears have a fantastic opportunity to level up their pass-catchers Friday night. In fact, there are enough quality wide receivers who remain undrafted that the Bears can choose to hold off until pick 48 before selecting one.

Here are three options for each pick on day two who will instantly upgrade the Bears in 2022.

Pickens gained some steam late in the 2022 NFL Draft process and speculation began to bubble that he could sneak into the end of the first round. That didn’t happen, and if he slides to the Bears’ first selection Friday night, general manager Ryan Poles should waste little time calling his name.

Pickens is one of the few receivers who remain on the board who offers a true WR1 skill set. His blend of size, speed, and contested-catch ability make him the kind of bailout receiver Poles referenced when discussing the kind of players the team wanted to surround quarterback Justin Fields with. He’d be a no-brainer.

Winfrey, like Pickens, had some first-round buzz throughout the draft process and was a popular mock draft projection to the Green Bay Packers. The Packers opted for Georgia’s Devonte Wyatt instead, sending Winfrey potentially into the Bears’ crosshairs.

Don’t be surprised if the Bears use the 39th pick on a defensive player like Winfrey. There are enough wide receivers to hold off until No. 48 to grab one. Winfrey, on the other hand, is one of the few impact interior defensive linemen who remain on the board.

Brisker is an athletic and rangy safety who has enough striking ability to be a good complement to Eddie Jackson. Brisker’s ball production will appeal to head coach Matt Eberflus, who’s emphasized turnovers as a key focus in 2022. The Bears need to inject talent into the safety competition, and Brisker would make a lot of sense.

If the Bears pass on a wide receiver at No. 39, Pierce should be on the board at No. 48 and he’d represent fantastic value as a rookie pass-catcher who can start immediately in year one. He has plus-size, elite straight-line speed, and the kind of jumping ability few wide receivers possess. Pierce would add an element of size that Chicago’s receiving corps is lacking right now, and if paired with a defensive player like Winfrey in the second round, would make the Bears’ first two picks a home run.

Moore is one of the best route-runners who remain undrafted. He profiles as a slot receiver with field-flipping ability. Moore is one of my favorite receivers in this year’s draft class; he reminds me of Golden Tate, who enjoyed a lot of success as a compact and quick two-stepper. Moore has just as much upside as a wide receiver like Jahan Dotson, who was selected 16th overall by the Washington Commanders.

Is linebacker a big enough need for the Bears to use one of their first two selections on? Probably not. But Dean is simply too good to pass up if he falls to No. 48, especially if the wide receivers are off the board. He’s one of the most instinctual linebackers to enter the NFL draft in quite some time and would pair with Roquan Smith to give Chicago an all-Bulldogs second level on defense.

The Bears will enter training camp with an unsettled lineup along the offensive line. Second-year offensive tackles Larry Borom and Teven Jenkins are slated to start, but there’s just as good of a chance that they’ll flop as there is they’ll be successful. Enter Raimann, whose athletic profile matches what Poles prioritizes in offensive linemen. There’s a chance Raimann will be selected in the second round, but if he falls to round three, he’s a no-brainer.

Salyer’s body type and heavy feet are likely a turnoff for Poles, but there’s no denying he’s one of the more valuable offensive linemen in this year’s draft because of his positional versatility. He’s equal parts offensive tackle and guard, and with so many unknowns surrounding the Bears’ offensive line, adding a former five-star recruit and SEC veteran into the offensive line competition is a big win.

Austin III is an undersized dynamo who can score from anywhere on the field anytime he touches the ball. He’ll be limited to the slot in the NFL and doesn’t profile as a full-time factor in the passing game, but his ability to evolve into a legitimate offensive weapon and special teams ace means he’ll contribute chunk plays on offense and impact field position in the game’s third phase.