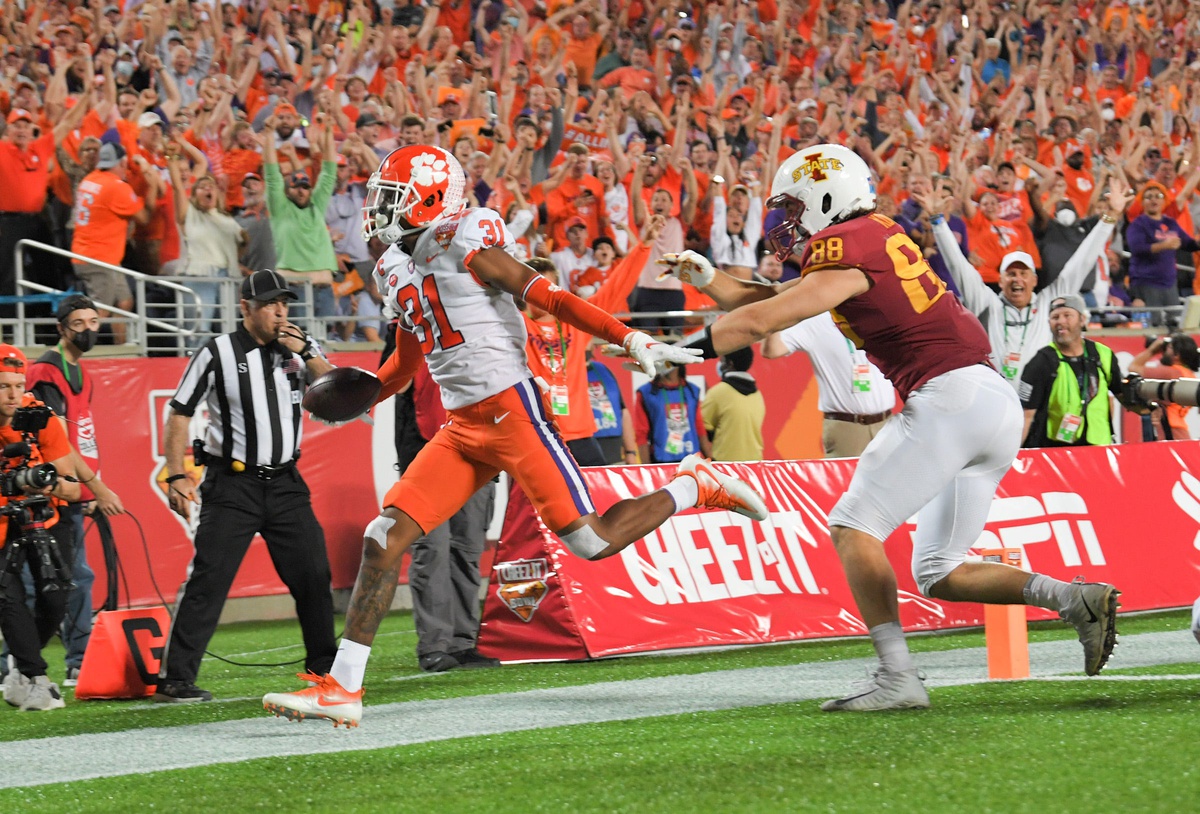 The 2022 NFL Scouting Combine is in the books, and with its conclusion comes a flurry of new mock drafts, including my latest swing at what the Chicago Bears will do with the five picks currently in general manager Ryan Poles’ arsenal.

Despite not having a first-round pick, the Bears are in a position to land an impact rookie with their first selection at No. 39 overall. If this year’s Scouting Combine proved anything, it’s that the 2022 NFL Draft class runs deep with talent

With that in mind, here’s my post-combine Chicago Bears mock draft.

Christian Watson was one of the 2022 NFL Scouting Combine’s freaks, posting a 4.36 40-yard dash at 6-foot-4 and 208 pounds. He jumped 38.5 inches in the vertical jump and an 11-foot-3 broad jump. His on-field work was good too, sans a few drops. His performance left little doubt that he’ll be a top-50 pick with a chance to sneak into the backend of the first round.

For the Bears, Watson would provide the perfect blend of speed and downfield playmaking ability that’s needed to take full advantage of Justin Fields’ skill set. He’d be an ideal complement to Darnell Mooney and has true WR1 upside.

Mario Goodrich didn’t have the best showing at the combine, clocking a 4.52 40-yard dash despite weighing just 176 pounds. His arms measured just 30 ⅝ inches, which is strangely short for a six-footer. He’ll need a big performance at his pro day to salvage his standing as a day-two prospect.

Regardless, Goodrich has quality film and fills a need for the Bears in a cornerback room that has a lot of questions opposite Jaylon Johnson. Thomas Graham has a chance to be a good starter, but adding Goodrich at this point in the draft is a logical play–assuming the rest of his athletic scores check out.

The Bears are going to address the offensive line in the 2022 NFL Draft, and with the way this mock draft has fallen, adding Dohnovan West to the center competition makes sense.

West checked in at 6-foot-3 and 296 pounds at the combine, so he’ll need to add about 10 pounds to his frame to stand a chance inside. But he checked several other boxes, ranging from arm length (33 inches) to explosive athleticism with his broad jump (sixth-best among offensive linemen) and a solid vertical.

West is the kind of day-three pick who’d provide the Bears with positional versatility as a backup in year one. He could be a starter by year two or three, which is great value at this range in the draft.

Linebacker is another need-area for the Bears as the 2022 offseason officially gets underway. It’s unlikely Poles will make a big splash at the position in free agency, so a pick like Jack Sanborn is a good use of mid-day-three draft capital on a player who could emerge as a critical special-teamer and rotational contributor.

Sanborn didn’t test like a particularly fast or explosive athlete at the combine, but the dude knows how to play linebacker. He’d be a throwback of sorts on a Bears defense that’ll look very different under coach Matt Eberflus.

The Bears are going to add a 3-tech in the 2022 NFL Draft, and it’s a role that Haskell Garrett projects most favorably to in the NFL. He checked in at 6-foot-3 and 300 pounds at the combine. He ran well but his short arms (31 ⅝ inches) will be a problem for a lot of NFL teams. As a result, he’ll slide to this portion of the draft.

Is Garrett a star in the making? Probably not. But can he fill a rotational role along the Bears’ defensive line? Sure. It’s a low-risk, moderate-reward selection.