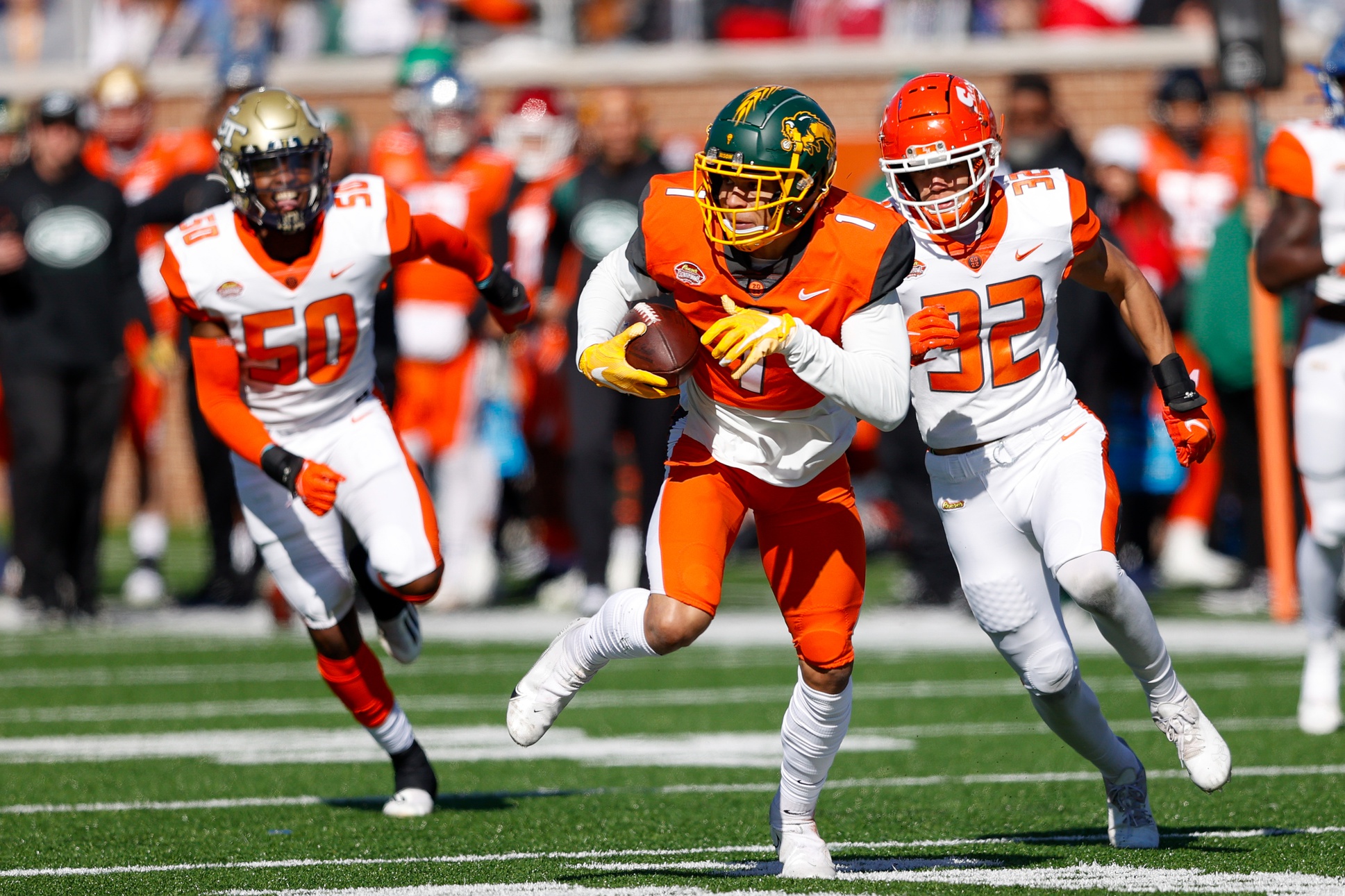 In case you missed it, I recently posted a seven-round Chicago Bears 2022 mock draft here on TDN. But that was before the Khalil Mack trade. It was before the Bears had the 48th overall pick. And it was before the tectonic plates under the Chicago football universe shifted.

Naturally, it’s time to revisit what the Bears might do with their new arsenal of selections in the 2022 NFL Draft. Here’s my best guess at what a post-Mack trade Bears mock draft could look like:

So, this pick remains the same. Christian Watson still would be the preferred wide receiver if he’s on the board at the top of round two. He’s an elite traits prospect who has the size and speed required to become a high-level NFL playmaker. Sure, there’s a bust factor involved here because of the level of competition he played against, but he thrived against the top senior cornerbacks at the 2022 Senior Bowl and has the character makeup to thrive on the next level.

Another wide receiver in the second round? Absolutely. By taking David Bell with this pick, the Bears are hedging their bets. At least one of these guys—Watson or Bell—will be a successful pro, and I’d bet on both of them being highly productive in the NFL.

Bell, unlike Watson, didn’t do so well at the NFL Scouting Combine. He ran slower than you’d like from a pro receiver and his explosion numbers weren’t great. But, sometimes, you just have to trust the tape. And Bell’s tape is littered with examples of elite body control, ball skills, and after-the-catch ability. I don’t care about his 40-time; he’s the kind of receiver who can bail out his quarterback, which is what general manager Ryan Poles highlighted as a trait he wants from the next wave of Bears pass-catchers.

Ed Ingram didn’t test among the most athletic offensive linemen at the 2022 NFL Scouting Combine, which would suggest he won’t be high on Poles’ draft board, but his film tells a different story. At least, he proves on tape that he’s athletic enough to profile as a quality starting guard in the NFL. The Bears need to add more depth and competition to their interior line spots, and Ingram presents the kind of value in the third round that fills that void.

Braxton Jones is a developmental offensive tackle who, with some added weight, has a chance to emerge as a starter in the early portion of his career. He’s athletic enough to check Poles’ boxes and wouldn’t enter a 2022 season with the pressure to do anything but develop. These are the rounds that you swing on offensive linemen, and Jones is the kind of high-ceiling prospect who could pay big dividends in a few years.

The run on offense stops here with the other cornerback from Cincinnati. Coby Bryant would represent great value on day three as the kind of scrappy and schooled cornerback who can claw his way into viable reps as a rookie. The Bears’ cornerback depth chart remains unsettled, and Bryant would be a good candidate to continue the run of Chicago’s hits in the fifth round of recent drafts.

Three wide receivers in a six-player draft class? Absolutely, 100%, unequivocally yes. At the time of this mock draft, the Bears only have Darnell Mooney as a viable wideout on the roster. It’s assumed Poles will add a player or two at the position in free agency, but I have a feeling he will target the position he knows best with his boss’s money in free agency: the offensive line. As a result, wide receiver will get its biggest overhaul in the draft.

Romeo Doubs isn’t a traditional sixth-round pick; he’ll be an active-roster player and will contribute right away. A draft class of Watson, Bell, and Doubs only enhances the odds that Justin Fields has an exciting young receiver corps to work with moving forward.