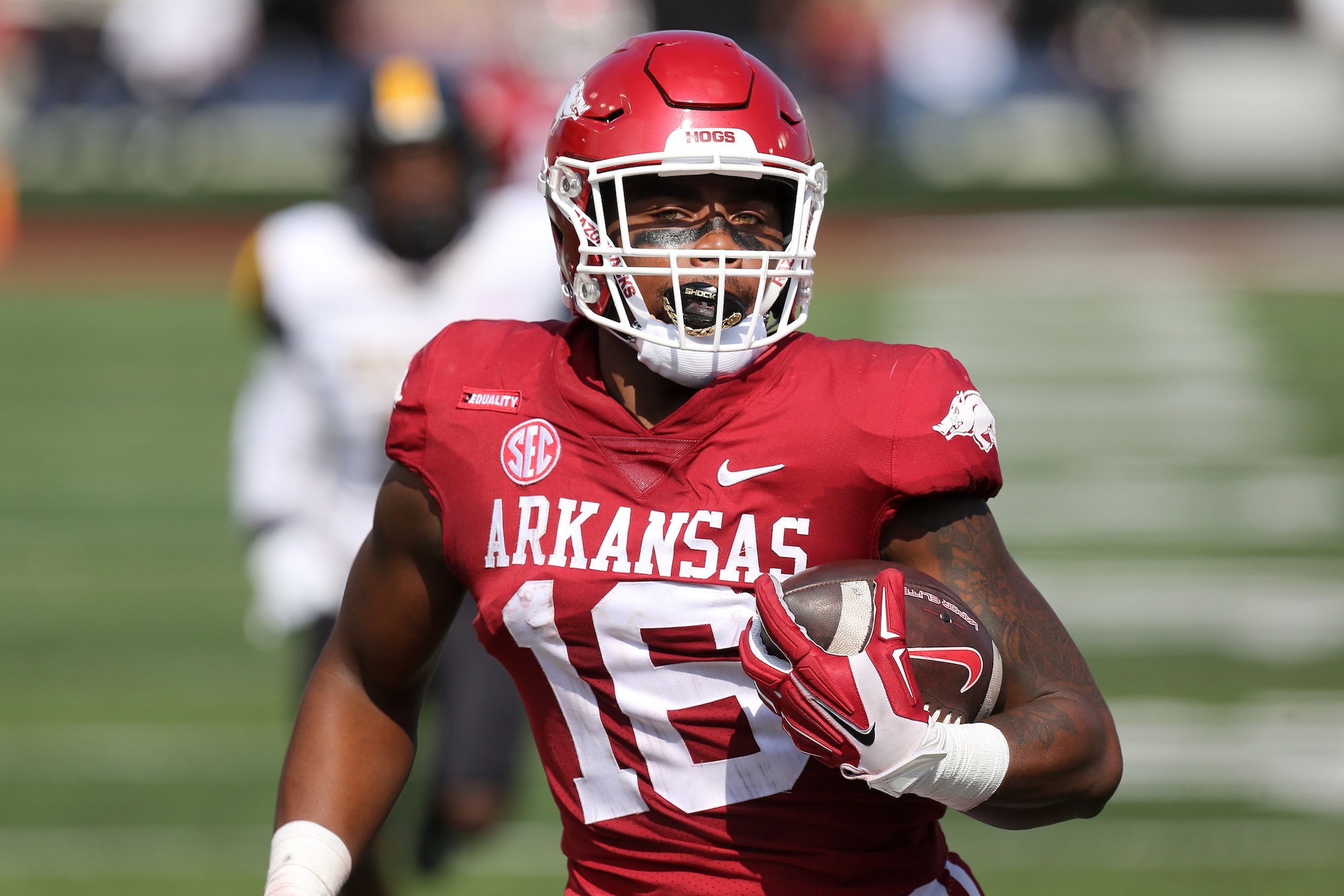 3 Players Bears Should Trade Up For In 2022 NFL Draft

The Chicago Bears’ 2022 draft class, as it currently stands, will be limited to just five players. The Bears have picks in the second, third, fifth (two picks), and sixth rounds, and with such a limited arsenal at his disposal, general manager Ryan Poles will have a difficult time moving up the board if a desired target begins to slide. Still, Chicago can’t dismiss the idea of trading up, especially if one of these three prospects creeps closer and closer to their second-rounder, No. 39 overall.

No player in the 2022 NFL draft is a better fit for the Bears than Zion Johnson. One of Chicago’s biggest offseason needs is the interior of the offensive line, where both center and guard need an upgrade. Enter Johnson, who was one of the 2022 Senior Bowl’s biggest stars while playing center; this, after a successful college career at Boston College that featured him at both offensive tackle and guard. The Bears need to move on from Sam Mustipher at the pivot and there’s a chance James Daniels will depart in free agency. If Johnson begins to slide toward the later portion of round one or even into day two, Poles may have no choice but to trade up for the top prospect from his alma mater. Johnson is a plug-and-play starter who will have a lot of Pro Bowls in his future. If he slides, the Bears need to pounce.

Wide receiver is as big of a need for the Bears this offseason as the offensive line, and for my money, Treylon Burks is the best in the 2022 NFL draft class. He has a very real Deebo Samuel feel to his game, all while standing an estimated 6-foot-3 and 225 pounds. His size and unique skill set would immediately make him one of the favorite targets for quarterback Justin Fields and I don’t think it would take very long for Burks to surpass Darnell Mooney as the first read in Chicago’s passing attack. Burks is generally considered a first-round player and he’s currently ranked No. 24 on TDN’s 2022 NFL draft rankings. That places him 15 spots away from the Bears’ second-round pick; if he slides five or six picks beyond that, a trade to go up and get him should be seriously—SERIOUSLY—considered.

Sticking with the wide receiver theme, Drake London is a fantastic prospect who’s beginning to lose some ground to the other top wideouts in the 2022 NFL Draft. He’s currently No. 27 overall and WR5 on TDN’s rankings. Put another way, he’s a very good candidate to be one of the surprising first-round talents to fall into the second round by the time day one concludes. If the second round begins with a player like London still on the board, the Bears would be committing football malpractice by not trading up for him. The 6-foot-5, 210-pounder was off to a freakish start to the 2021 season before an ankle injury ended his year. The injury will be a big part of his final grade and could be what ultimately pushes him down the board, which would be a shame for London but a boon for a team like the Bears. The philosophy of building a wide receiver room like a basketball team—wideouts who play different roles based on traits—applies to London. He’d be the big-bodied power forward Chicago desperately needs, especially when they get into the red zone. Drafting London means you’re drafting touchdowns, and you do whatever it takes to move up for a player like that if he’s falling down the board. Maybe this is wishful thinking Suggesting that the Bears should trade up in the 2022 NFL draft to land one of these talented players who’d fill an immediate need is great in theory but it’s probably just wishful thinking. First, we don’t know how Poles will run his first draft in the big chair. He’ll reveal his cards during draft weekend; maybe he is an aggressive general manager who values one or two big players over a bundle of picks. Perhaps he’s the kind of GM who wants a large draft class and chooses to trade down and keep accumulating picks. We’ll soon find out. If Johnson, Burks, or London falls within 10 picks or so of the Bears’ first selection? Poles has to at least make a call. He has to inquire about what the price would be to make a jump for a player like any of these three. The other Ryan did that last year for Fields, and the last thing Poles wants is to come out of his first draft with a fan base wishing it was the old Ryan still running the show.