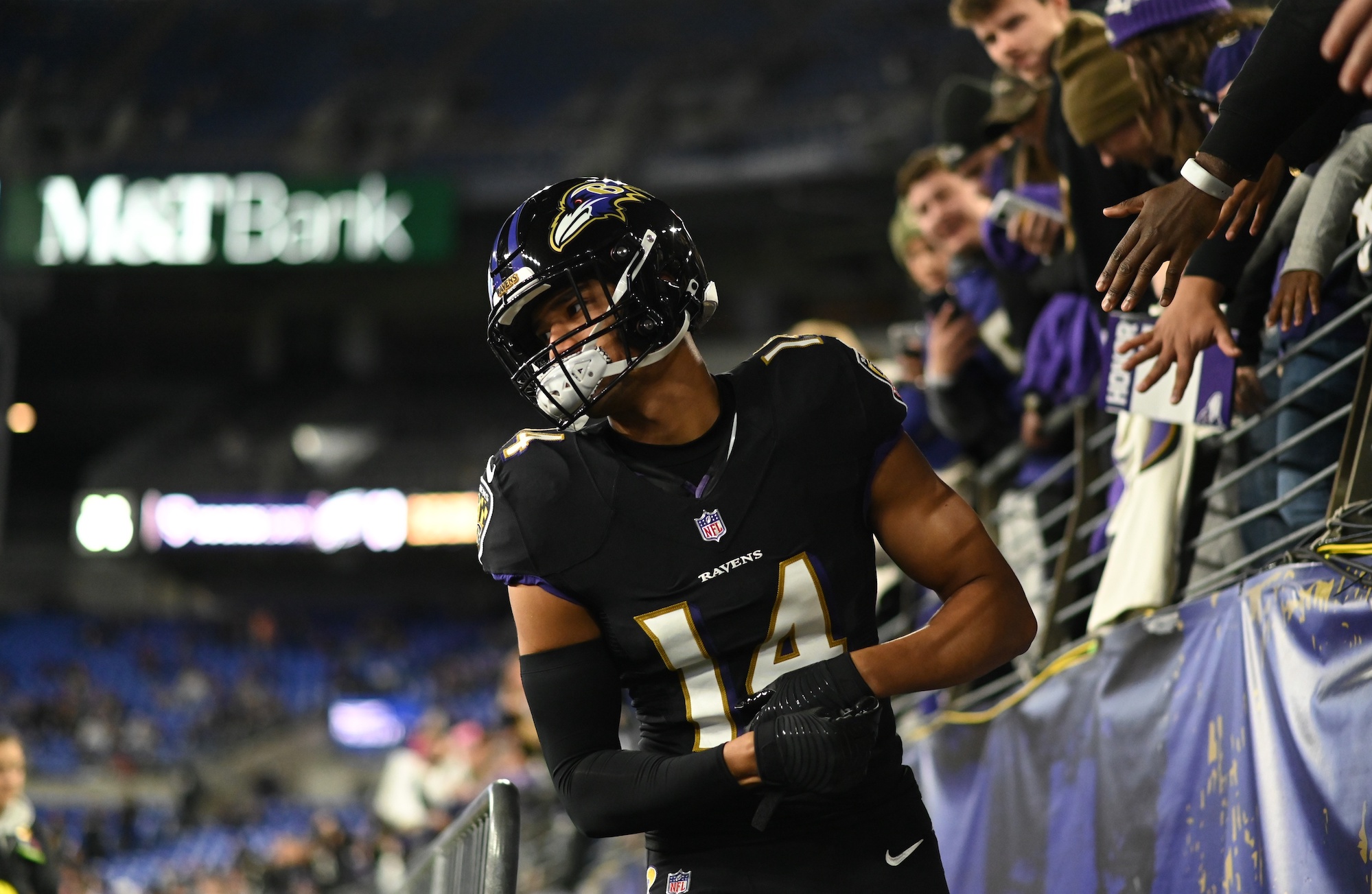 Once upon a time, Notre Dame’s versatile safety Kyle Hamilton was deemed and labeled as a “generational” talent. Some even said he was worthy of a top-five pick in the 2022 NFL Draft. Oh, how times have changed. Once draft season rolled around, analysts and fans soured on Hamilton and questioned his impact at the next level. He was said to be a poor athlete despite running 4.59 and hitting 38-inches on the vertical, all while measuring in at 6-foot-4 and 220 pounds.

The hype for Hamilton continued to take a hit after a clip of him getting beaten in one-on-ones during the Ravens’ training camp went viral. To make matters worse, the Ravens attempted to play him more at free safety with deep alignment and two-high shells. The results were not as positive as they had hoped for.

Over the past few weeks, the Ravens are leaning more into what Hamilton excelled in during his time at Notre Dame. Prior to his final season for the Fighting Irish, Hamilton saw more than 500 snaps at free safety compared to 210 snaps in the slot. It was not until his final season that they went slot and box alignment heavy for Hamilton.

The Ravens’ secondary is devoid of depth, especially at cornerback. Hamilton has seen an uptick in snaps in the box and the nickel position, decreasing his snaps at free safety. This allows him to play with his natural instincts, leading to faster and improved performances. Hamilton has the range to be an impactful player in the box, especially versus the run. He covers space and closes on the football quickly, limiting big and explosive runs.

Even though there were legitimate concerns about his speed as a deep-field safety, his range and trigger downhill are pretty good. He has enough burst and explosion to erase the cushion and get in the picture. To add, versus the Tampa Bay Buccaneers, he saw snaps in man coverage versus tight ends in the low red zone and made great impactful plays on the football. This type of versatility and growth in his game is encouraging for the rest of his rookie campaign.

Not every team has Kyle Hamilton.pic.twitter.com/Neri5qhft4

Hamilton is showcasing the ability to play man coverage, increasing his versatility. He is not asked to align tight to the line of scrimmage versus tight ends or slot receivers at a high rate, for good reason. Playing more off or catch coverage removes the stress of getting his long legs and high hips to transition quickly and avoid being stacked in man coverage.

The Ravens must continue to increase Hamilton’s snaps with this usage to get the best out of their first-round pick. Hamilton is beginning to find himself around the football more and nearly captured his first interception and pick-six on Monday night versus the Saints if not for a defensive penalty.

The more reps in man coverage for Hamilton the better depiction we will have of his true ceiling as an NFL defender. Is he the center-fielding Ed Reed type of safety? No, he is not. But he fits more of the Swiss army knife/hybrid defensive back prototype that is all the rage in the league now.

Along with improving his ability to play man coverage, Hamilton can operate as an underneath robber/rat defender, squatting on crossing routes and disrupting passing lanes. If the Ravens continue to utilize Hamilton closer to his strengths, the hype will build back up for this talented rookie defender.