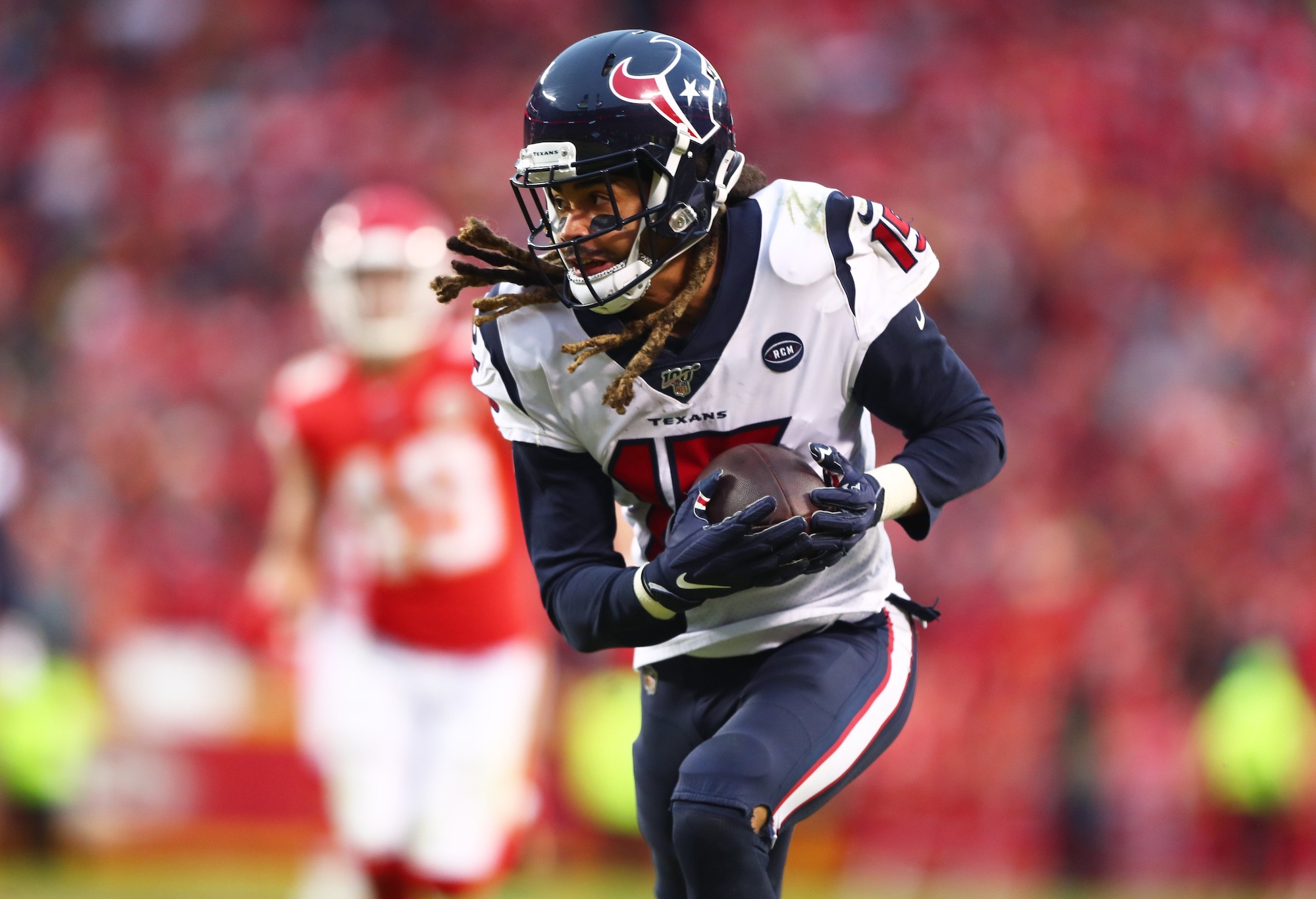 According to The Athletic’s Jeff Zrebiec, the Baltimore Ravens may sign a veteran free agent wide receiver at some point this offseason. Baltimore’s need to upgrade their receiver room is clear. There’s currently very little depth behind No. 1 option Rashod Bateman, who largely remains an unproven commodity himself. Behind Bateman on Baltimore’s depth chart are Devin Duvernay, James Proche II, and Tylan Wallace. This trio of novice pass-catchers has combined for just 72 career receptions (Wallace, 2, Duvernay, 53, and Proche, 17). Bateman brings that total to 118 after experiencing a 46-catch season in a shortened-by-injury rookie campaign. Proven production is lacking.

You’d be hard-pressed to find a less experienced receiver room across the entire NFL. The Ravens may be returning to their previous roots as a run-centric offense in 2022 (their offseason moves highly suggest this), but surely more is required at receiver than what they currently possess. Ravens General Manager Eric DeCosta currently has just $3.998 million in available cap space, via Spotrac, so a restructure or release may be necessary should they hope to land a legitimate difference-maker.

We’ve identified three receivers the Ravens should target on the open market before training camp opens in late July.

Arguably the most well-known free-agent receiver (alongside Odell Beckham Jr.), Julio Jones is still searching for a new team after the Tennessee Titans released him in a cap-crunching move in mid-March. Jones hasn’t signaled an intention to retire and appears ready to play for another franchise in 2022.

Jones has played in just 19 of a possible 33 games over the past two seasons while battling a never-ending run of hamstring injuries. Jones managed one touchdown on 31 regular-season receptions in the Titans last season. Jones’ run in Tennessee was awfully disappointing, to say the least.
One aspect that could make Jones’ fit in Baltimore a seamless one is his willingness to participate as a run blocker. Jones has always been a willing blocker, even throughout his tenure as a dominant boundary receiver. It’s partially why the Titans were so comfortable placing him in their run-heavy offense last season. Jones would provide quarterback Lamar Jackson with a much-needed alternative option in the passing game while simultaneously improving their rushing attack. He could also serve as a mentor for Bateman, who is preparing to grow into a starring role in 2022. Adding Jones would benefit the Ravens’ offense in a variety of ways.

Baltimore’s offense lost the threat of its vertical passing attack when DeCosta traded Marquise “Hollywood” Brown to the Arizona Cardinals in a stunning draft-day trade that netted the Ravens a first-round pick. Jackson and Brown thrived together in Baltimore last season. Brown recorded the first 1,000-plus-yard campaign of his career while Jackson showed an improved willingness to target deep-developing routes. Brown’s departure has left a sizable hole in Baltimore’s pass-catching corps.

Enter Will Fuller. The veteran free agent possesses a similar skill set to Brown. When healthy, Fuller is one of few receivers in the league that can threaten to take the top off a defense on a snap-by-snap basis. It’s worth noting that Wallace is an in-house candidate to replace Brown. Wallace was routinely utilized as a deep threat throughout his time at Oklahoma State, but Fuller is a much more complete and proven player. The Ravens must threaten defenses vertically in hopes of keeping opposing front sevens honest and from consistently zeroing in on stuffing the run. Adding a game-breaker like Fuller would help minimize the damage suffered by Brown’s departure while making the Ravens a more balanced offense.

The Ravens attempted to sign T.Y. Hilton to a multi-year contract in unrestricted free agency last season before the veteran pass-catcher ultimately opted to return to the Indianapolis Colts. Hilton now finds himself on the open market once again via the expiration of the one-year contract he signed last offseason. Indianapolis is the only stomping ground Hilton has ever known professionally, but it’s possible Colts General Manager Chris Ballard has moved on from Hilton altogether, opening a door for the Ravens to rekindle their interest.

The soon-to-be-33-year-old-Hilton is undeniably past his prime but still remains an effective target underneath the coverage when healthy and available. The Miami, Florida native recorded a respectable 56 receptions for 762 receiving yards and five touchdowns in 2020 before neck and quad injuries limited his production in 2021. Hilton would serve as a terrific resource for both Jackson, and Baltimore’s young receiving corps. Hilton has a bit more left in the tank. His desire to play for a postseason contender in 2022 could make him and the Ravens an ideal match.