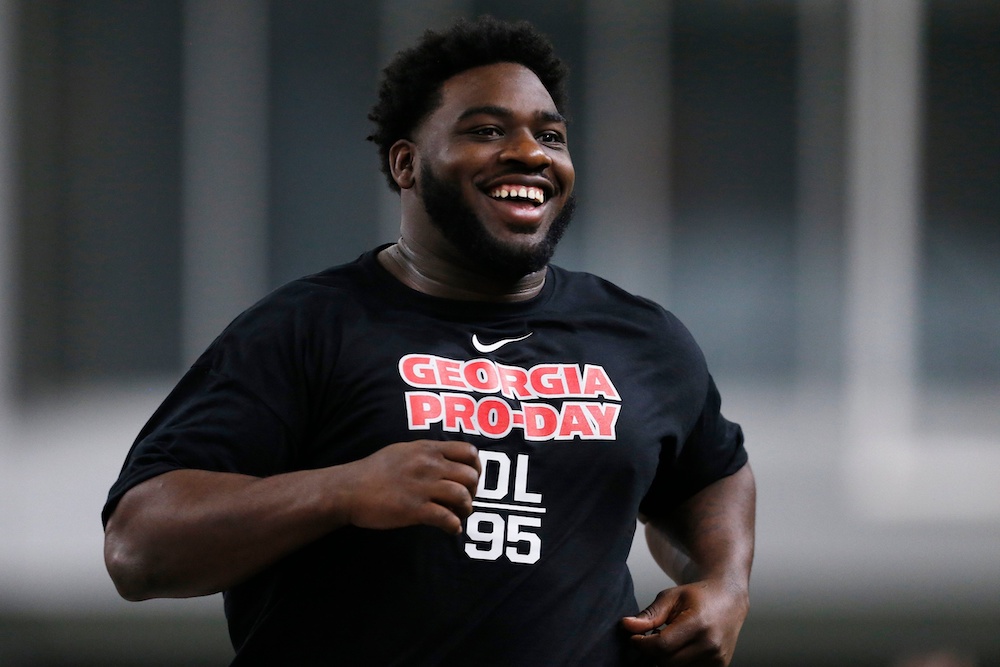 Who Answers Ravens’ Needs at No.14?

As the dust begins to settle after one of the most exciting free agency periods ever, the Baltimore Ravens are in an intriguing position. After adding Marcus Williams and Michael Pierce via free agency, it appears that Baltimore seems to be back on track after their uncharacteristic 2021 defensive campaign. While they have made steps in the right direction, missing out on Za’Darius Smith and Bobby Wagner still leaves holes that can be filled in the NFL Draft. The Ravens own the 14th pick in the first round and nine total selections in the first four. They will have plenty of opportunities to add difference makers and depth to a team that will look to get ready to compete in a stacked AFC North.

After watching the last couple of Super Bowls, it’s clear that an elite pass rush is crucial to postseason success. And despite racking up the second-most sacks in the league last year, they do not appear to be in a situation to repeat that success. Odafe Oweh and Tyus Bowser look to be critical parts of the Ravens’ pass rush future, but they are both coming off injuries that ended their 2021 campaigns. Justin Houston, the only other player to get more than two sacks, is an unrestricted free agent.

George Karlaftis fits the build for a prototypical Ravens outside linebacker like Terrell Suggs and Matthew Judon, as he tested very well at the combine and his pro day. He also showed his ability to produce as a true freshman putting up 7.5 sacks. Though he did not put up those numbers again in his career, his high ceiling was evident throughout his collegiate career and is who I have the Ravens choosing at 14. Jermaine Johnson is another prospect that fits the mold for a Ravens pass rusher. After showing glimpses of his playmaking ability as a rotational player at Georgia, he asserted himself as one of the most disruptive players in the country during his final year at Florida State.

Michigan’s David Ojabo is another interesting prospect who displayed his high ceiling during his productive 2021 season playing opposite Aidan Hutchinson. Yet, his injury and rawness will impact which teams are willing to take a shot at developing him. Though Travon Walker did not turn in as productive a season as Ojabo, he did exhibit stoutness against the run, an elite first-step quickness and would be a welcome addition to Baltimore’s defense.

The Ravens could also look to protect Lamar Jackson and invest in offensive line prospects like Tyler Linderbaum and Trevor Penning to improve a group that had a lackluster season. Walker’s teammates at Georgia, Jordan Davis and Devonte Wyatt could be game-changers in the interior defensive line and possibly still on the board for Baltimore’s selection. Corners like Washington’s Trent McDuffie and LSU’s Derek Stingley Jr. also might be viable options for the Ravens’ secondary.

As the draft quickly approaches, General Manager Eric DeCosta has no shortage of players that could help Baltimore achieve its goal of returning to the postseason. One thing is for sure though, in order to compete in the stacked AFC North, rushing the passer is key.