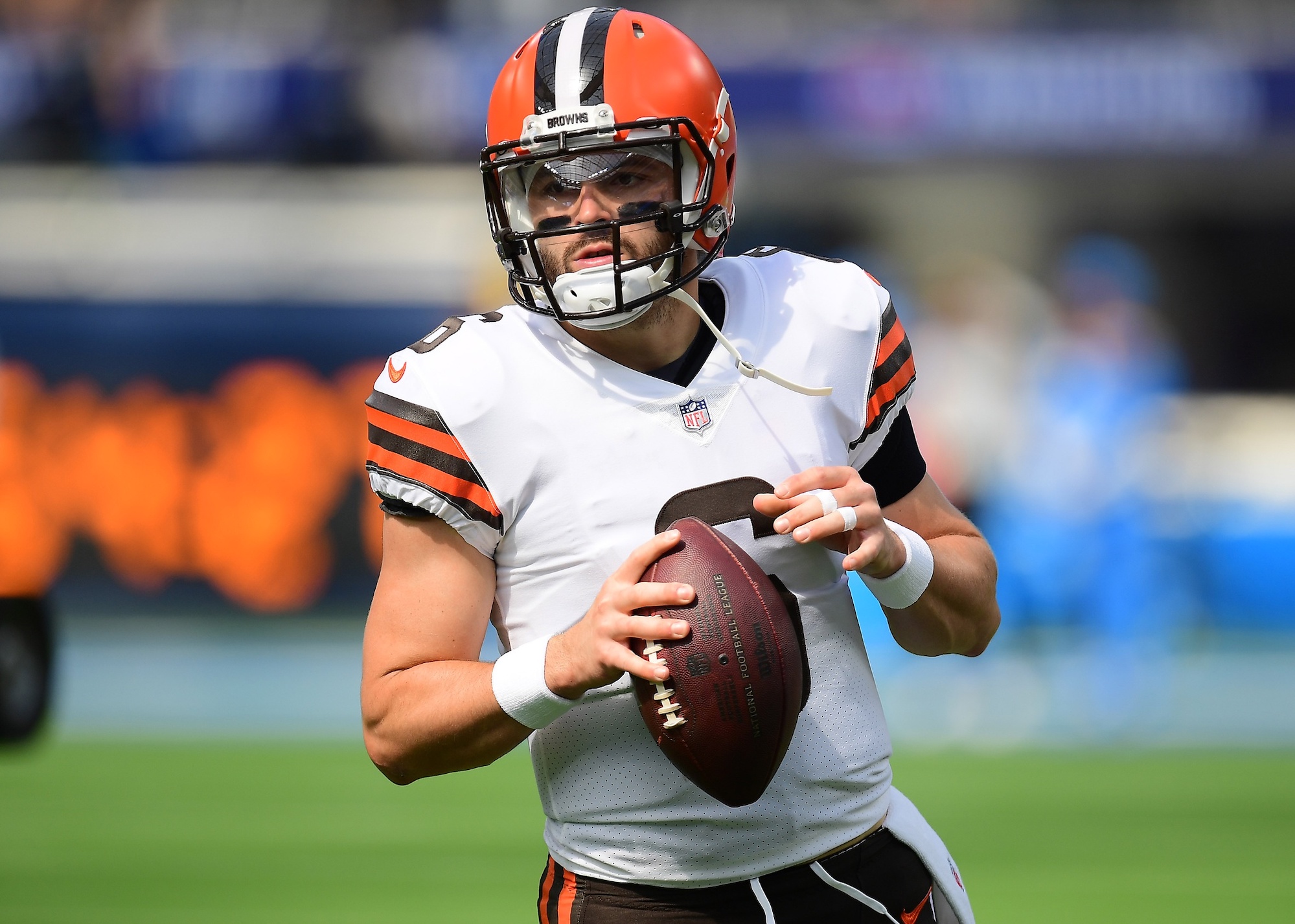 Is It Finally Time For Panthers To Trade For Baker Mayfield?

According to multiple reports, the Carolina Panthers and Cleveland Browns continue to engage in serious discussions regarding a potential trade for disgruntled Browns quarterback Baker Mayfield. This isn’t the first time the Panthers have been linked to a move for Mayfield this offseason, but this deal feels closer to fruition than ever before.

The latest report indicates that the Panthers feel a “sense of urgency” to acquire Mayfield sooner rather than later in order to allow him the time necessary to acclimate to a new environment. Mayfield would represent an upgrade over current Panthers starting quarterback Sam Darnold. The Panthers should finally pull the trigger on acquiring Mayfield.

Indications that a trade may be nearing arrived less than a week ago when the Browns excused Mayfield from attending mandatory minicamp. Mayfield’s excused absence meant he wouldn’t be fined for not attending. Mayfield continues to recover from offseason shoulder surgery, but the former No. 1 overall selection has remained hellbent on getting out of Cleveland ever since the Browns began pursuing Deshaun Watson. The Browns ultimately landed Watson and signed him to a historic fully-guaranteed contract worth $230 million, an occurrence that all but confirmed Mayfield’s eventual exit.

Even with a potentially lengthy suspension looming for Watson, it currently doesn’t feel like Mayfield would have any interest in serving as Cleveland’s quarterback in 2022. The relationship between the two parties has suffered irreparable damage. The Browns also signed Jacoby Brissett earlier this offseason, who now feels like Watson’s backup.

Although fair questions have been raised regarding Mayfield’s overall effectiveness as a starting quarterback after a disappointing 2021 campaign, he does represent a better option under center than Darnold does. In his first season as a Panther, Darnold completed just 59.9% of his passing attempts while throwing nine touchdowns and 13 interceptions. A shoulder injury limited Darnold to 12 regular-season appearances. The former USC standout continued to make poor decisions when under duress, and 10 of his 13 interceptions occurred during a particularly poor six-game stretch.

Additional reports indicate that the Panthers and Browns continue to view Mayfield’s 2022 salary as a hangup to completing a deal. Mayfield is set to earn a fully guaranteed $18.858 million in 2022 via the fifth-year option, which was previously exercised by Browns General Manager Andrew Berry. It’s easy to understand why the Panthers view Mayfield’s salary as a potential issue. Darnold also happens to be on a fifth-year option that will pay him an identical $18.858 million in 2022. The Panthers would be ill-advised to commit more than $36 million in guaranteed salary to Darnold and Mayfield this season, and the Panthers are unlikely to find a willing trade partner for Darnold to help offset salary. Panthers General Manager Scott Fitterer is hoping the Browns showcase a willingness to eat a portion of Mayfield’s salary in order to finally complete the trade.

The Panthers have some quality offensive weapons in place. D.J. Moore is a high-level No. 1 receiver. When healthy, Christian McCaffrey is one of the league’s most dynamic dual-threat running backs. Robby Anderson and the ascending Terrace Marshall Jr. also provide security at receiver. Mayfield is more capable of getting production out of such weapons than Darnold is. The Panthers also drafted rookie quarterback Matt Corral in the third round of April’s draft, but the Panthers require immediate results and Corral’s raw skill set isn’t capable of delivering what’s necessary in 2022.

Poor offensive line play hampered Darnold and the Panthers’ offense last season, but Fitterer has made improvements in that area this offseason. The Panthers drafted former NC State offensive tackle Ikem Ekwonu with the No. 6 overall selection in the 2022 NFL Draft, and also signed Super Bowl-winning guard Austin Corbett to a three-year contract worth $26.5 million. Questions still surround the group overall, but they should be better than they were a year ago.

It’s also worth noting the Panthers have acquired several players this offseason who previously played with Mayfield in Cleveland, such as Corbett and Rashard “Hollywood” Higgins. The training camp battle between Higgins and Marshall for the slot position should be a competitive one. An improved offensive line paired with familiarity could help Mayfield make a smoother transition.