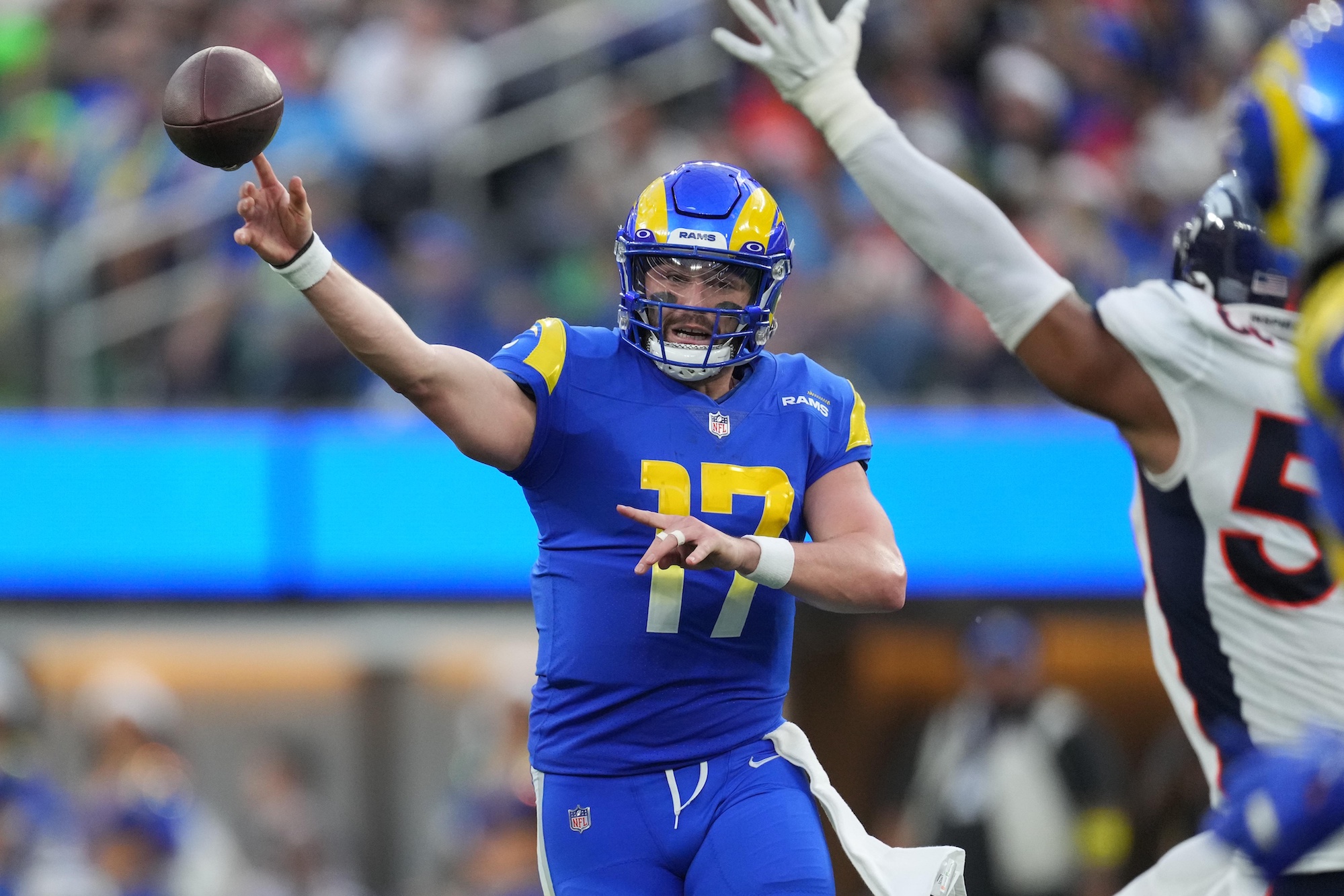 Just as it started to look like Baker Mayfield’s career as a starting quarterback was coming to a close, he turned around and had a couple of the most impressive performances of his career. Looking to 2023, there are plenty of teams that could be looking to make a change under center. Has Mayfield played well enough to have earned a long-term starting role somewhere else?

Mayfield began this season as the starting quarterback for the Carolina Panthers after the Cleveland Browns traded him away following their trade for Deshaun Watson. For most of the early season, Mayfield and the Panthers struggled heavily. Under then-head coach Matt Rhule, Carolina’s offense relied more on Mayfield’s arm than their strong running game, having him attempt an average of nearly 30 passes per game.

The results were lackluster, to say the least, as the fifth-year quarterback completed a career-low 57.8% of his passes with Carolina en route to a 1-5 record as a starter. When Rhule was fired and Steve Wilks took over as interim head coach, the writing was on the wall for Mayfield and his time with the Panthers. Wilks turned to backup P.J. Walker in Week 6 and only gave Mayfield a final shot in Week 11 as Sam Darnold returned from his injury. Mayfield went on to throw two picks in a 13-3 loss to the Baltimore Ravens, and after Darnold won his first start back in Week 12, Mayfield requested to be released and the Panthers obliged.

One day later, the Los Angeles Rams claimed Mayfield off of waivers to start in place of veteran Matthew Stafford, who had suffered a season-ending injury in Week 13. Two days after that, Mayfield led an incredible fourth-quarter comeback over the Las Vegas Raiders to finally get the Rams their fourth win of the season.

.@bakermayfield's first TD as a Rams gives us the LEAD!!

Flash forward a couple of weeks, and Mayfield put together another one of the most impressive starts of his career. As running back Cam Akers ran wild against the Denver Broncos all of Christmas Day, Mayfield was slinging it around with his arm. He completed 24 of his 28 pass attempts (85.7 percent) for 230 yards and a couple of touchdown passes in a 51-14 rout.

Within the (Rams head coach and offensive play-caller) Sean McVay system, Mayfield has thrived and played up to a level he hadn’t reached since his time with the Browns. Given that he’s set to become a free agent after this season, there’s reason to believe that these recent performances will force some quarterback-needy teams around the league to consider bringing in Mayfield to be their starting quarterback next season. He’s looked excellent and more than capable of leading a winning offense since his move to Los Angeles just three weeks ago. Teams like the New York Jets, who feel that they’re a quarterback away from being deep playoff contenders, or the Raiders or Indianapolis Colts, who are probably moving on from their current rostered quarterbacks, should be considering signing Mayfield when the free agency period begins.

However, this is still the caveat that Mayfield may not be the best fit for every team. It’s hard to say with conviction that he hasn’t been another beneficiary of the McVay system in Los Angeles. At the end of the day, this is still the same guy that struggled so heavily with the Panthers just earlier this year. Those struggles may scare some teams away from signing Mayfield.

Given how well Mayfield played in the Rams’ offense as well as Stafford’s seemingly declining abilities as he prepares to enter his age-35 season and 15th year in the NFL, it wouldn’t be a terrible move for either party for Los Angeles to bring back the 2018 NFL Draft’s No. 1 overall pick. If teams balk at the idea of bringing him in as a starter, Mayfield could return to the Rams and continue to develop and learn the McVay offense behind Stafford. If Stafford struggles out of the gate or suffers another injury in 2023, Mayfield would be a significantly better backup option than the previous second-stringer, John Wolford.

The Mayfield market could be a hot one once free agency begins, but ultimately his future as an NFL starter depends on which teams (and how many) show interest. Regardless, he should have an important role wherever he ends up in 2023.