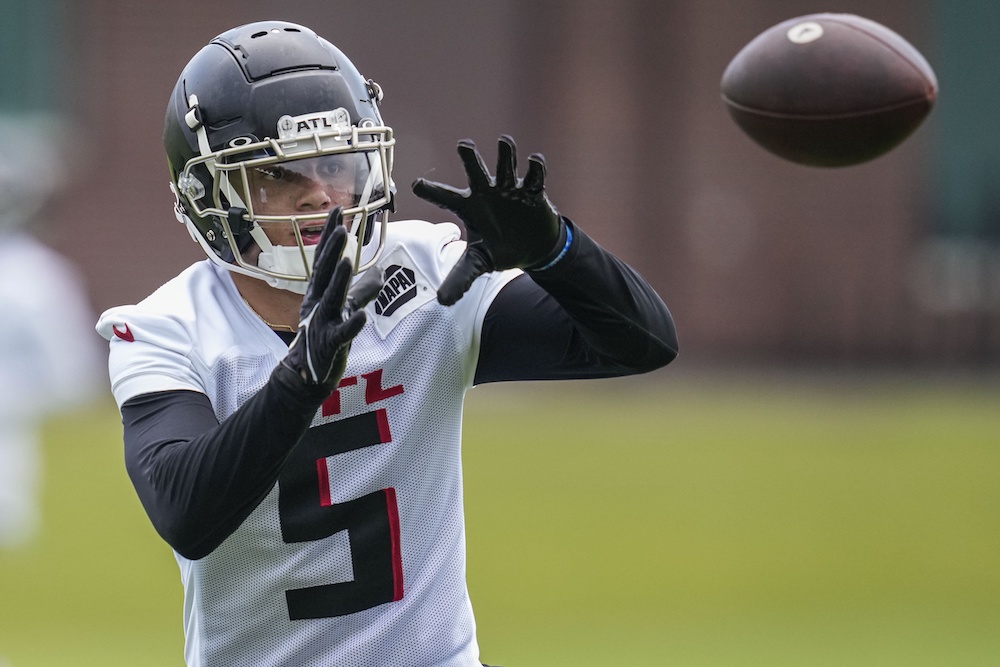 Why Falcons Rookie Drake London Is Poised for Breakout Season

The first wide receiver off the board in April, expectations remain lofty for No. 8 overall pick Drake London. While we’ve avoided first-year players throughout this series, there isn’t a more clear answer for Atlanta’s biggest potential breakout player this fall, despite his inexperience at the pro level.

In what will be a rebuilding year from the ground up, this is a long trek up a steep slope for General Manager Terry Fontenot and Head Coach Arthur Smith. With franchise cornerstones elsewhere in Matt Ryan (Indianapolis), Julio Jones (UFA and Calvin Ridley suspended for the 2022 campaign, expectations remain minimal for what is expected to be a two-man race for the NFC South crown this fall. However, while every rebuild inherently ushers in years of disappointment and little to rally around, the Falcons’ additions this offseason – headlined by London – have raised a banner of optimism due to a new era with Marcus Mariota and first-year signal-caller Desmond Ridder set to compete for snaps this fall.

For London, Atlanta needs him to show up this season. There is no time for rookie struggles or weeks of down play as the team’s top perimeter target. While tight end Kyle Pitts will draw attention, adding the athletic 6-foot-5 talent out of USC presents the Falcons’ offense with a legit presence at “X” in Smith’s offense. With Olamide Zaccheus and spring addition Bryan Edwards round out Atlanta’s receiving core, it goes without saying the lack of pure game changing talent, or, really, talent at all, outside of Pitts and London.

College football’s most physically dominant pass-catcher in 2021, London was unstoppable on the boundary no matter what opposing defenses attempted to throw his way. Double, or triple teams, bracketing with a high safety, it didn’t matter – a gameplan of throwing it up to London no matter the down and distance placed the Trojans in advantageous situations all season long. In eight appearances, London posted video-game like numbers with 88 catches for 1,084 yards and seven touchdowns in eight games, including gaudy performances against Washington State (13 catches, 170 yds, 2 TDs), Utah (16 rec, 162 yds, 1 TD) and Notre Dame (15 rec, 171 yards), before ending his season prematurely against Arizona with a lower ankle injury.

However, if his personal pro day back in April was any sign of how quickly he’s recovered since being carted off last October, well, see for yourself.

While each headlining rookie pass-catcher taken on day one enters the 2022 campaign with other faces to lighten the load, there are no questions surrounding the hefty target share soon to come for London this season. To “breakout” is one thing, but as a top ten selection for a roster desperate for positives, London will be looked upon to lead both in the locker room and with his play. Breaking out is expected. As a first-year talent, he’s garnering hype similar to Pitts last fall and when Atlanta took Julio Jones No. 6 overall back in 2011. The stratosphere could be the floor for one of the most talented young wideouts in the game. 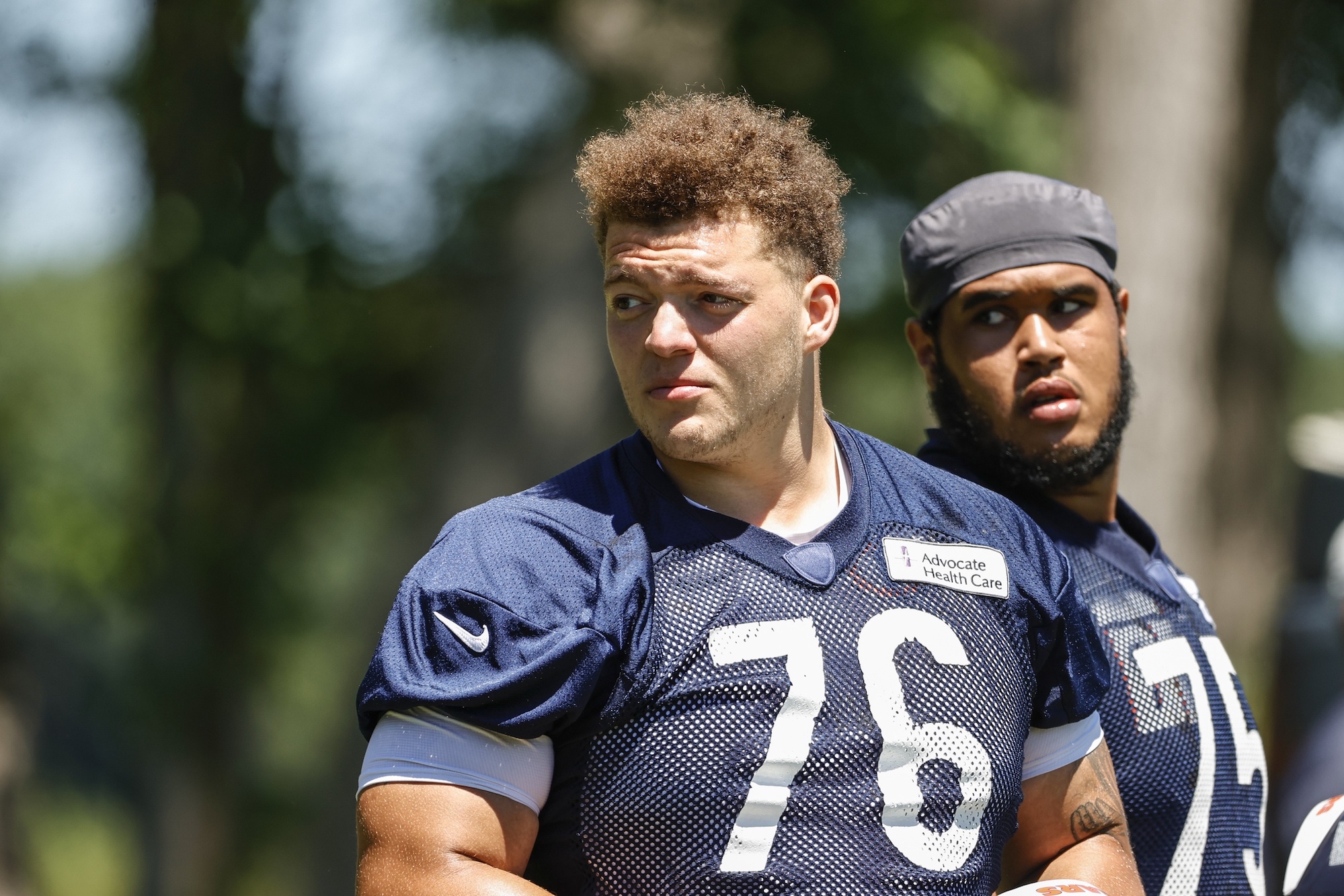 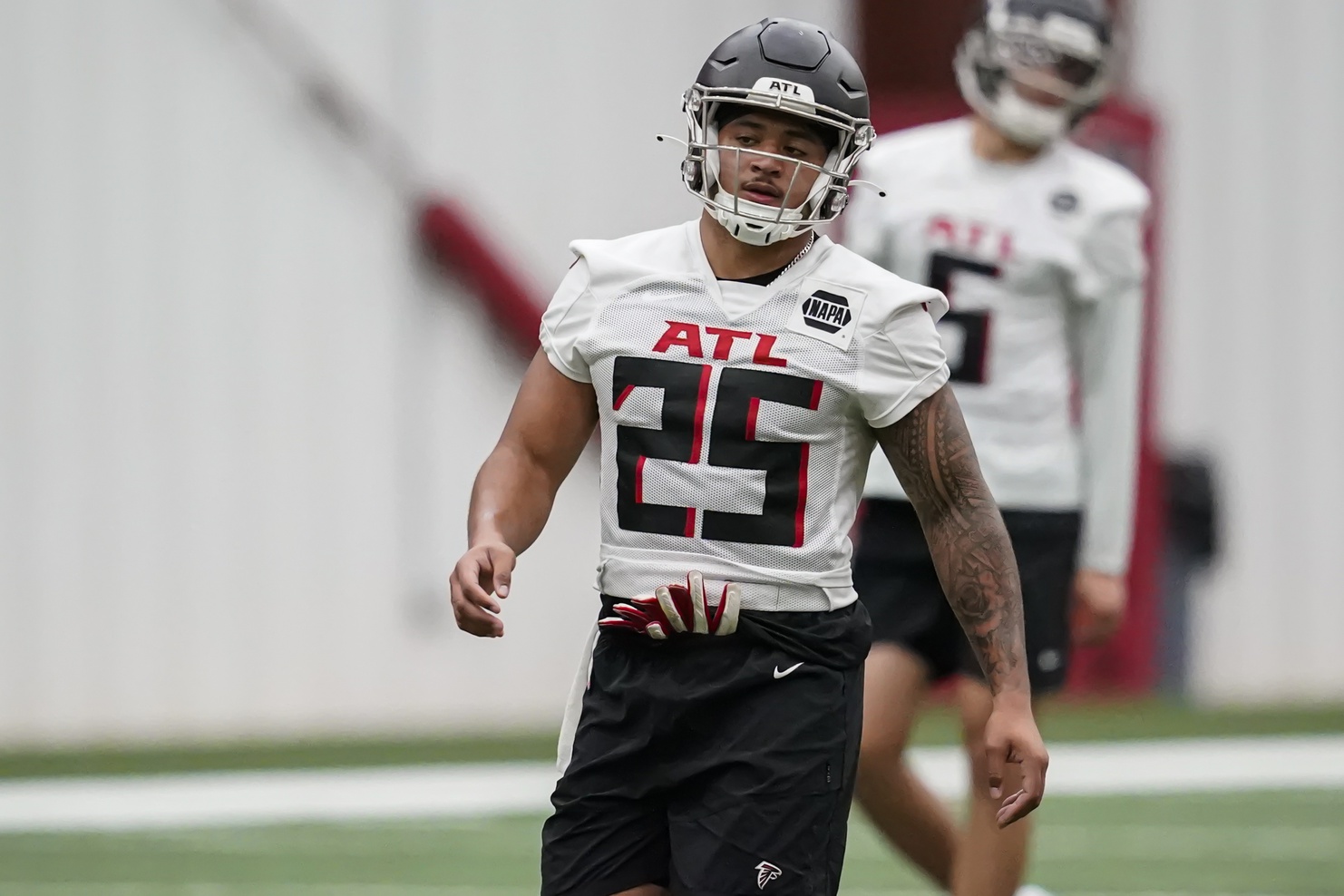 Could Falcons’ Tyler Allgeier End Up Being Most Impactful Rookie RB?