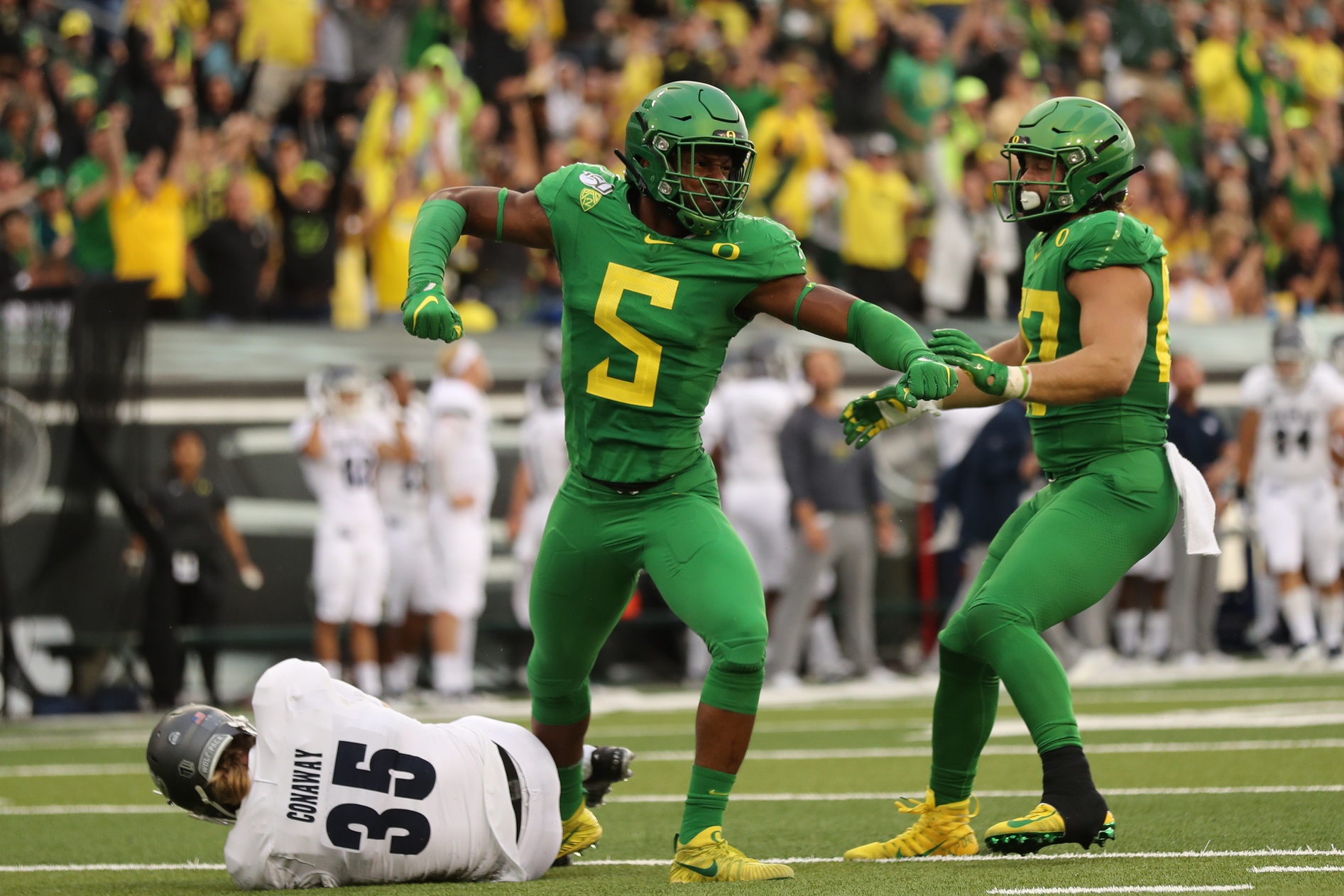 Kayvon Thibodeaux Playing Football Like A Game Of Chess

At face value, football is a sport of physical warfare. A game where grown men throw themselves at each other at full speed, each player trying to knock down everyone in their path on every play.

Chess, on the other hand, is a more metaphorical representation of a battle. Two people go head-to-head trying to out-think and out-strategize one another in a war of minds.

At first glance, one might not draw many comparisons between the two. Where football seems more physical, chess is more mental. When you get down to it though, winning in football isn’t just about who has the bigger, stronger guys. There’s a whole lot of game-planning and mental preparation that goes into playing football.

Oregon edge rusher Kayvon Thibodeaux, a chess player himself, understands better than anyone the less obvious similarities between the two games.

“I’m thinking moves ahead. How can I set the game and dictate what the offensive tackle does so that I can get what I want out of the situation,” he said Friday.

That preparation and mindset for gameday are what has made Thibodeaux one of the most successful edge rushers in this draft class. In a class loaded with talent at the position, it’s the Oregon product—along with Michigan’s Aidan Hutchinson—that has risen to the top.

One of the biggest draws Thibodeaux had to chess was the competition inherent in the game. He talked about how he first began playing with his uncles, and how they didn’t hold back. Ultimately, his hatred of losing inspired a young Thibodeaux to teach himself more about the game, so he used online resources to improve his game.

That’s almost a direct parallel to how the Los Angeles native learned more about the game of football. Thibodeaux researched Von Miller’s game growing up, then tried to take things from the Super Bowl 50 MVP’s toolbox to add to his own game.

“Growing up, YouTube was a thing. He has his clip of all 100 sacks of his, and I steal [his moves],” he said. “Not only do I see it but then I try to implement it in practice.”

Even if he isn’t successful in initial attempts, it doesn’t stop him from continuing to try and master moves for game days. Thibodeaux emphasized several times how he is a student of the game. Watching film of himself and of NFL players is what allows him to continue to improve.

One of the biggest things Thibodeaux had to learn was to not lean so heavily on his natural athletic ability. Early in his career, he’d try to get through blockers with speed and power alone, just to get taken out of the play, spun around, and out of reach of the quarterback.

He had to learn how to use his hands, how to create leverage, and how to take better angles in his pass rush. Once he did, Thibodeaux said he was able to see things better, and the game slowed down when he was on the field. With new tools and lots of film study, he started to find more success.

The next step was to figure out how best to put those new tools into practice. To do that, Thibodeaux turns back to his chess experience.

Thibodeaux has had the physical talent, so learning the strategic side of the game has only elevated his play. Treating football like a game of chess made the Oregon star highly successful in college, and as he continues to learn and fine-tune his strategies, he will continue to improve at the next level.