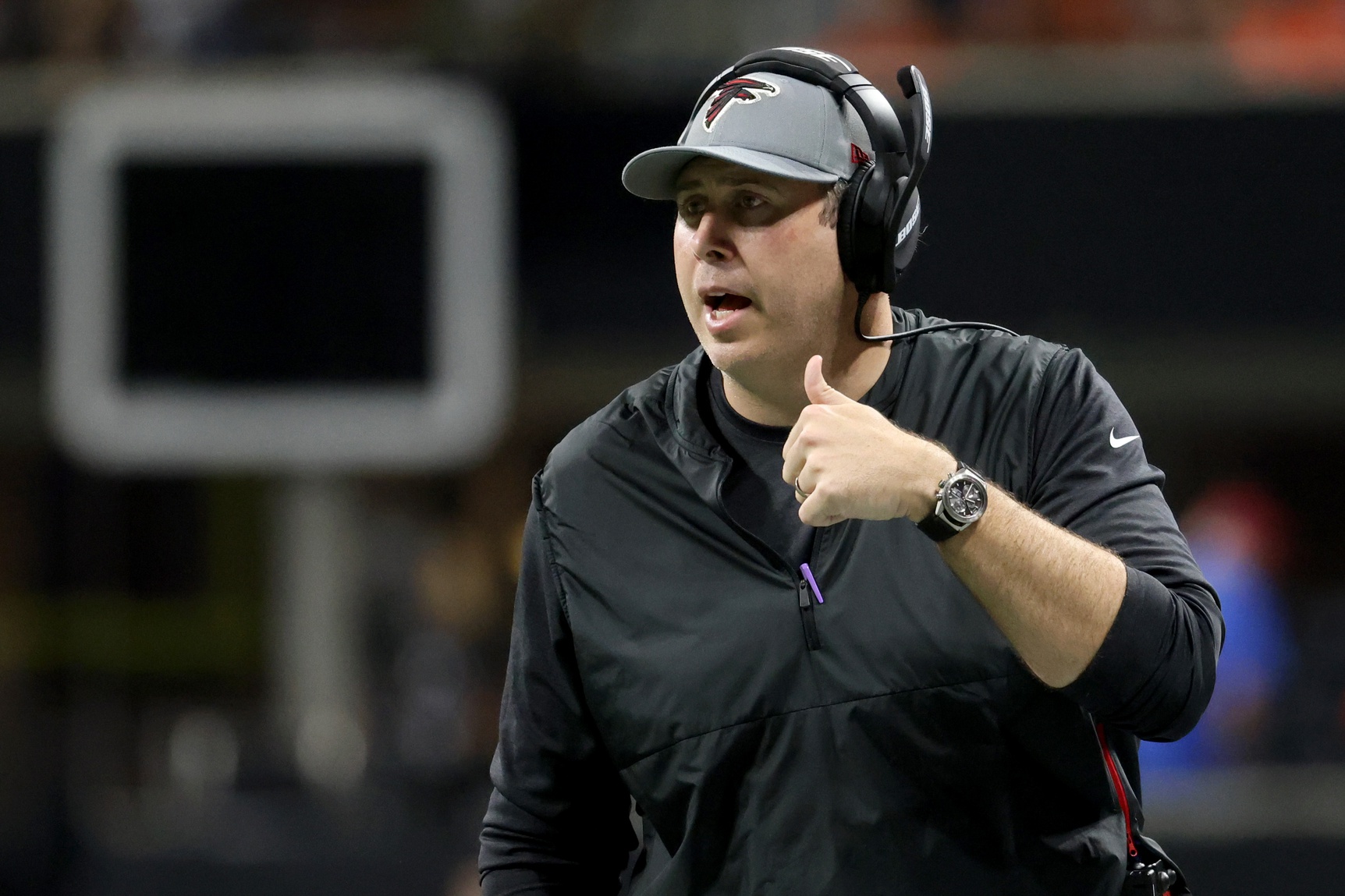 Atlanta Falcons Head Coach Arthur Smith finds himself in a difficult and unforeseen situation heading into the 2022 campaign. When the Falcons hired Smith ahead of the 2021 season, the Memphis, Tennessee native was one of the more sought-after coaches on the open market following an impressive stint as Tennessee’s offensive coordinator. Smith turned the Titans’ offense into a juggernaut throughout 2019-20 and was appropriately met with head coaching interest. Smith arrived in Atlanta with the franchise facing some obvious questions regarding their future direction, but nobody could have envisioned what’s transpired since then, Smith included.

No issue was more pressing than the one at quarterback. Smith understood the Falcons featured an aging signal-caller under center in Matt Ryan and finding an appropriate long-term successor would be crucial to Smith’s chances of succeeding in Atlanta. General manager Terry Fontenot was hired four days after Smith in a rare occurrence where the coach was officially hired before the GM. The Falcons owned the No. 4 overall pick in the 2021 NFL Draft, which was viewed to feature a strong class of signal-callers. Fontenot and Smith decided against drafting a quarterback such as Mac Jones or Justin Fields, opting for elite tight end prospect Kyle Pitts instead. Ryan was viewed as talented enough to remain as Atlanta’s bridge quarterback for the foreseeable future.

Everything changed in one offseason when the Falcons publicly flirted with Deshaun Watson leading up to his trade to Cleveland. Atlanta was viewed as being firmly in the mix to acquire Watson’s services from Houston. A native of Gainesville, Georgia, the Falcons aggressively pursued Watson only to fall short to a more aggressive offer made by Andrew Berry and the Browns. The Falcons were essentially left with egg smeared on their faces at the altar by the hometown prom king.

Atlanta’s public pursuit of Watson qualified as disrespectful to Ryan, who had previously spent his entire professional career in Atlanta while leading them to a Super Bowl appearance. With the mutual trust no longer in place, and with other factors in play, Ryan was traded to the Indianapolis Colts and Smith was once again thrust into yet another less-than-desirable situation.

Former first-round bust Marcus Mariota now appears set to serve as Atlanta’s starting signal-caller in 2022 after signing a two-year contract earlier this offseason. Mariota spent the previous two seasons backing up Derek Carr in Las Vegas while occasionally seeing the field as a backfield weapon. Mariota has previous experience with Smith in Tennessee, which is partially why he became Atlanta’s Plan B (or C) following Ryan’s departure. Mariota understands the system, and although he struggled to execute it at the desired level in Tennessee, Smith is giving him another opportunity to prove himself capable of being a top-32 starter in the league.

The Falcons doubled down at quarterback by drafting Desmond Ridder in the third round of the 2022 NFL Draft. Ridder is expected to open the season as Mariota’s backup, but Mariota’s questionable performances and a concerning injury history mean Ridder may play in 2022. At some point, the Falcons will want to find out if Ridder is capable of becoming their quarterback of the future.

Ryan had his struggles under center throughout Smith’s first season in charge, but he still represented Atlanta’s best chance of achieving success throughout 2022, especially when compared with their current quarterback group. Starring wide receiver Calvin Ridley unexpectedly stepped away from the Falcons due to mental health reasons just five games into Smith’s tenure, leaving both he and Ryan without a dominant target on the boundary. An overall lack of weapons paired with an underperforming offensive line led to serious offensive struggles. Atlanta crawled to a semi-respectable 7-10 finish despite often looking worse than their final record suggested.

And that brings us to the Ridley situation. Smith felt comfortable parting with veteran face-of-the-franchise receiver Julio Jones just five months after officially being named Atlanta’s head coach partially due to Ridley’s presence. Smith couldn’t have possibly predicted Ridley’s personal battles and the situation took yet another unexpected turn this offseason. The NFL announced in March that Ridley would be suspended indefinitely through at least the conclusion of the 2022 season for betting on games in the previous season, including on his own team. Ridley won’t take the field for the Falcons in 2022 and it’s possible he never dons an Atlanta jersey again.

The Falcons responded by essentially drafting Ridley’s replacement in Drake London with the No. 8 overall selection in the draft. London and Pitts give the Falcons an exciting pass-catching duo going forward, but they remain young players who must continue acclimating to the pro ranks, and the Falcons lack the required depth behind them. It’s yet another difficult situation Smith didn’t ask for but must sort through. Salary cap issues have also hamstrung Atlanta’s ability to string together a competitive roster.

Receiving an opportunity to become an NFL head coach is a rare occurrence and dream-like scenario for thousands of aspiring coaches. There are only 32 professional opportunities and candidates often have to strike when the iron’s hot. Smith’s tenure in Tennessee made him deserving of receiving such an opportunity, and one can argue he *had* to take the Atlanta job when offered. There lies the conundrum.

Since taking charge, Smith has encountered several messy and unexpected situations through little fault of his own. If Smith is eventually viewed as a scapegoat for Atlanta’s expected struggles, it’s worth remembering all of the occurrences that led to Smith’s potential downfall. His reputation as an excellent coach should remain intact even if he struggles to navigate Atlanta through what feels like an ever-growing mountain of difficulties.