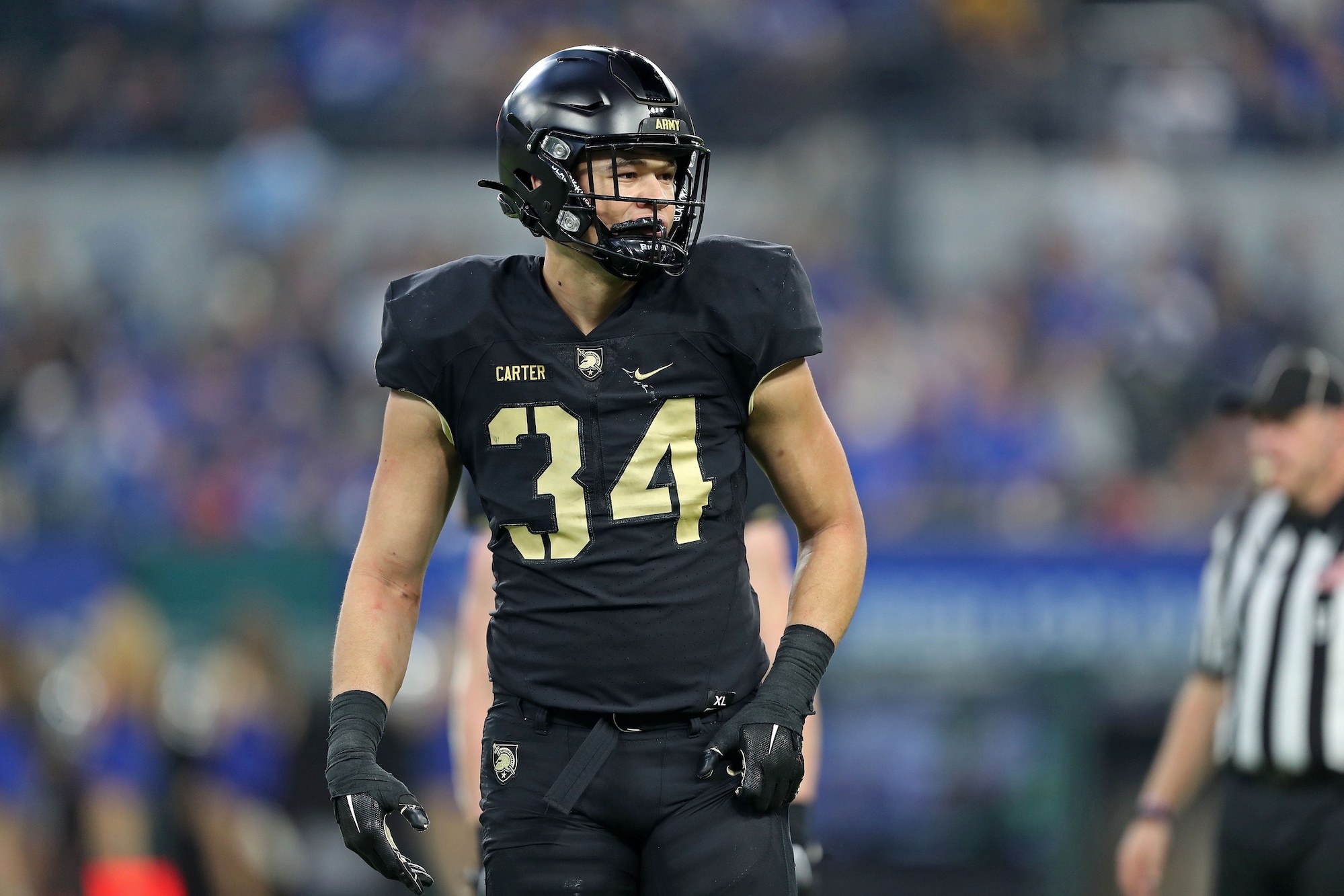 The Army Black Knights and Navy Midshipmen will renew one of college football’s greatest rivalries on Saturday. The Black Knights and Midshipmen meet annually while representing their service’s oldest officer commissioning sources. Bragging rights will be decided and traditions will be revisited in the 2022 Army-Navy Game.

Navy currently leads the all-time series 62-53-7. Saturday’s meeting is expected to be a tightly-contested showdown. Both squads possess fierce defenses—the yearly encounter hasn’t combined for even 50 points since 2005. A handful of playmakers on both sides of the ball will decide the final outcome. We’ve identified three potential difference-makers in this year’s Army-Navy Game.

Andre Carter II is Army’s most exciting defensive prospect. Carter burst onto the scene last season by recording 15.5 sacks. It placed Carter second in the nation in the sacks department, finishing behind Alabama’s Will Anderson Jr., who’s the favorite to become the No. 1 overall selection in the 2023 NFL Draft. Carter had a pressure percentage of 15.3% last season, per ESPN Stats & Info.

Carter hasn’t been quite as dominant this season, but he’s still tied for the Black Knights’ team lead with 3.0 quarterback takedowns. Opposing offensive lines routinely double and even triple-team Carter. Carter possesses a legitimate opportunity to make history as the highest-drafted service academy player in 60-plus years.

Saturday’s affair is expected to be a low-scoring one. The stingier defense will reign supreme. These two rivals haven’t combined for more than 38 points since 2013. Carter is capable of altering the final outcome with a standout defensive play such as a strip-sack or recovering a forced fumble.

Navy fullback Daba Fofana is a 5-foot-8, 205-pound wrecking ball. Fofana leads all Midshipmen ball carriers in rushing attempts (175), rushing yards (749), and touchdowns (6). Fofana possesses a punishing running style that wears on opposing defenses. He’s averaging a bruising 4.3 yards per carry and Navy commits to running the football through all four quarters. Don’t underestimate Fofana’s abilities in the open field, however. He’s capable of running away from defenders.

The Midshipmen possess one of the nation’s most efficient ground-and-pound attacks. They’re averaging a haunting 239.5 rushing yards per contest. They’re the seventh-ranked rushing offense across the nation. Navy will aim to control the clock via Fofana’s dominance. It could prove to be their winning strategy.

What’s the catch? Tyler is a prolific runner. He leads all eligible Army ball carriers with 601 rushing yards and has made 12 endzone visits as a scrambler. Tyler is averaging a team-leading 5.0 yards per carry (minimum qualifiers).

Army is averaging 304.4 rushing yards per contest. They’re the second-ranked unit in that department, trailing just Air Force (330.9/game).  Army has rushed for 300-plus yards in four of their last six contests. They’ve crossed the 400-yard threshold in two of those showings. Tyler will be the focal point of Army’s offensive attack on Saturday.