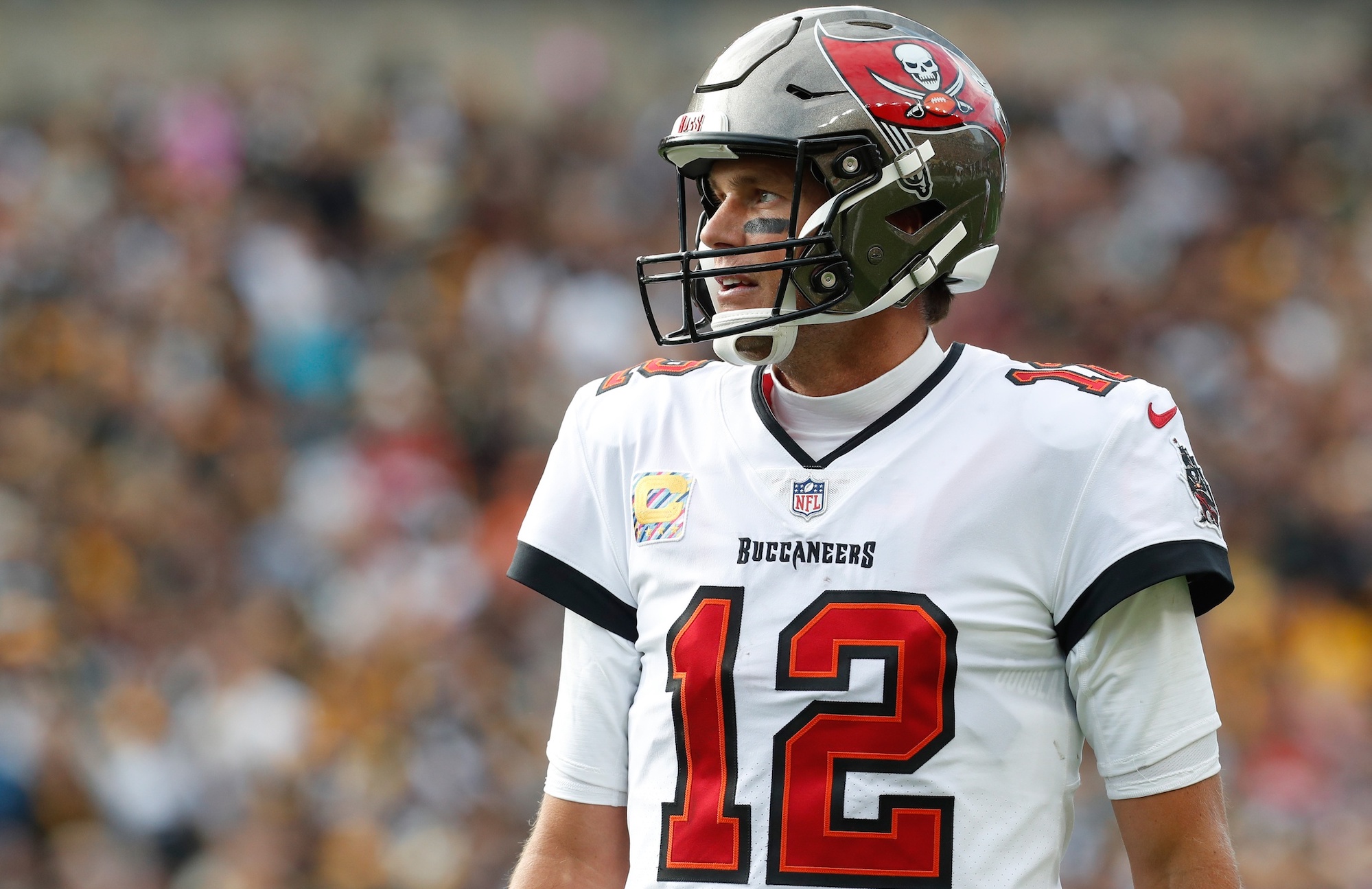 On paper, even after their 3-3 start, the Tampa Bay Buccaneers remain Super Bowl contenders. However, the team that has taken the field over the first month-and-a-half of the season has resembled anything but. So, what is the ultimate reality in Tampa Bay?

The Buccaneers have averaged 18.4 points per game when removing one outlier performance against Kansas City this season in which they were forced to throw the ball all but six times in the game after falling behind to the Chiefs. Forget Super Bowl-caliber; Tampa Bay’s offense has looked pedestrian for most of the season to this point.

Much of Tampa Bay’s offensive struggles can be attributed to two things to this point: play-calling and personnel. Provided the Buccaneers stay healthy, the personnel issue will resolve itself for Tampa Bay. Tampa Bay’s vaunted wide receiver duo of Mike Evans and Chris Godwin has missed time this season due to suspension (Evans in the team’s Week 3 loss to Green Bay) and injury (Godwin from half of Week 1 through Week 3). It can be easily argued that missing both, or even one, of these players, cost the Buccaneers their game against Green Bay in Week 3 due to the game’s narrow margin and Green Bay’s struggles throughout the rest of the season.

Tampa Bay has built its offense around Evans and Godwin, but injuries to key supporting and depth parts have exacerbated their absences. Russell Gage has had to play a limited role as he’s continued to nurse a hamstring injury suffered in training camp(!), even coming up gimpy on multiple occasions favoring said hamstring. Julio Jones partially tore his PCL during a brilliant Week 1 debut in Dallas. Reports out of Tampa Bay suggest the team will be extra cautious with him, hoping to get him fully healthy for a playoff run. Even Breshad Perriman and Cameron Brate have missed time with various injuries. The fact remains: we have not seen Tampa Bay’s offense at full strength.

These plans were foiled for Tampa Bay with Jensen and Stinnie’s injuries. Jensen’s knee injury forced Hainsey to man the center position, which he has done admirably, but far from anything resembling Jensen-level. Stinnie’s torn ACL and MCL on top of this essentially gave the left guard job to Goedeke, who has struggled— he has graded out as the worst pass-blocking guard in football, per PFF.

The good news for Tampa Bay is that the cavalry is coming. Jensen, according to a report from Jason Cole, is expected back sometime in November (previous rumors had him back in December). The trickle-down effect of Jensen’s eventual return cannot be overstated. It brings an elite-level center into the fold for Tampa Bay, while moving Hainsey (a serviceable interior offensive lineman) to left guard and moving Goedeke (thus far, a bad football player), to the bench. Essentially, with Jensen’s return, Tampa Bay would be replacing Goedeke with Jensen.

The skill position players have gotten progressively healthier as well. Most notably, Godwin was PFF’s highest-graded Buccaneer against the Steelers while racking up 12 targets. His snap share increased from 52% against Atlanta to 89% against Pittsburgh. A healthy Godwin and Evans make all the difference in this offense; as they go, it goes. Couple that with Gage, Jones, and Perriman getting progressively healthier, and the offense will be in better physical shape. On paper, Super Bowl-caliber shape; you cannot ask for a better collection of offensive talent than what Tampa Bay possesses*.

*Should they have the opportunity, however, they should still make an aggressive push for Odell Beckham Jr. All he will cost is money, likely money kicked down the line in the form of void years and NLTBE incentives. And for Tampa Bay Bay, the only thing that should matter is this year.

While Tampa Bay’s personnel, provided healing, should not interfere in their pursuit of a title, their current approach to offensive football, should it remain the same, could. Per Football Outsiders, Tampa Bay Bay currently ranks 27th in DVOA when running the ball on first down, while ranking sixth in DVOA when passing on first down. Despite this, offensive coordinator Byron Leftwich has insisted on taking a balanced approach for balance’s sake, a fact that came to a head in Tampa Bay’s Week 6 loss to Pittsburgh. The Buccaneers had a 15:11 run:pass ratio in first downs during non-two-minute situations, with four of their passes coming in clear passing mode during the team’s final drive of the game as they attempted to tie Pittsburgh late in the fourth quarter.

Leftwich’s run-heavy approach on first down may have made a scintilla of sense during the team’s banged-up stretch where they at times had to play without any of their top four receivers during Weeks 2 and 3. Other than that, it is unconscionable.

Tampa Bay’s offense thrived last year by being the most pass-happy offense in the NFL in neutral situations. A complete 180 of what has worked for this team in the past defies all logic. However, human beings do tend to revert back to what has worked in the past for them—the bet here would be that these human beings, at some point, fall back to that pass-happy approach.

Even small details, such as Ko Kieft’s usage (through five games, he had been on the field for 53 runs as opposed to 21 dropbacks) indicate a lack of attention to detail in Leftwich’s offense. These may be more “minor” and a result of Tampa Bay’s offense trying to find their identity with more personnel turnover this year than they’ve had since Tom Brady arrived in 2020, but they matter, too. Tampa Bay needs to fix its offense before it can be considered a true Super Bowl contender.

Defensively, there are no deep-seated issues for this team. As of right now, they are healthy and they have performed like one of the best defenses in the league to this point of the season. They must improve on their third and long defense; giving up seven third-down conversions of six yards or more to an anemic Steelers offense is unacceptable. However, this should come down to discipline and sheer regression to the mean after two awful games in that department against Pittsburgh and Atlanta. Tampa Bay has the personnel to get it right.

Most importantly for Tampa Bay, Brady has continued to play at a high level. Although the traditional box score stats don’t show it, he remains one of the game’s best quarterbacks. His supporting cast, despite a rocky start to the season, projects to be one of the best in the league when, as he says, football season really starts—after Thanksgiving.

As long as the Buccaneers can get healthy, stay healthy, and right the ship with their play-calling, they will be right in the mix at the end of the season. If they continue to play 1970s football and Scotty Miller is playing significant snaps in the Divisional Round of the playoffs instead of Godwin again, they are no threat.