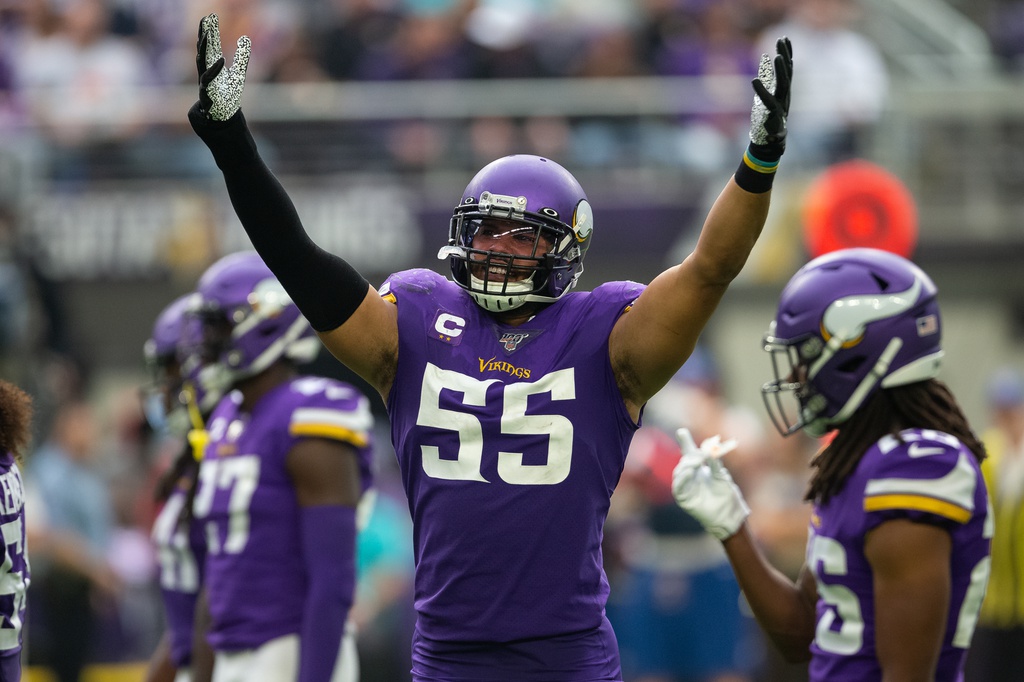 According to a report from SI’s Mike Fisher, the Dallas Cowboys are still considering the possibility of signing free-agent linebacker Anthony Barr. The 30-year-old Barr is a versatile talent that can play weak-side linebacker, rush the passer, and drop into coverage. Dallas’ multiple defense has proven capable of taking advantage of such a skill set, as best displayed by the variety of manners reigning Defensive Rookie of the Year Micah Parsons was utilized last season. Barr would represent a quality signing for the Cowboys.

The Cowboys currently possess approximately $21.1 million in cap space, via Spotrac’s Top 51 calculator. Designating La’el Collins as a post-June 1 release accounted for nearly half of that new-found cap space. A failure to re-sign Randy Gregory (despite being engaged in negotiations) guaranteed Dallas would have extra money to spend heading into the fall.

Owner Jerry Jones is one of the most passionate leaders in football and is desperate to witness his Cowboys compete for another Super Bowl. There’s little reason Dallas should head into the season with so much financial flexibility falling by the wayside, especially given all they’ve lost this offseason. Barr is an available veteran that would make the Cowboys better and deeper immediately.

Adding Barr would potentially make a positive impact on Parsons while freeing up the ways defensive coordinator Dan Quinn could utilize his budding superstar. Parsons is still best described as a “linebacker” and he spearheads Dallas’ position room alongside the likes of the recently re-signed Leighton Vander Esch and a returning Jabril Cox. But Parsons unexpectedly broke out of his shell as a pass rusher in 2021, totaling 13.0 sacks after filling in for the injured DeMarcus Lawrence.

With the aforementioned Gregory no longer in the picture, the Cowboys are expecting Parsons and Lawrence to do the heavy lifting as pass rushers in 2022. Adding a versatile linebacker such as Barr would provide Parsons with the freedom necessary to pin his ears back on a more consistent basis. Furthermore, Barr is a solid pass rusher in his own right with 17.5 career sacks under his belt. Barr could rush the passer at times while allowing Parsons to play his natural linebacker position on occasion. It’s a win-win for all.

A four-time Pro Bowler, Barr has struggled with injury as of late. It’s likely at least partially why he remains on the open market less than three weeks before training camp begins. In 2020, Barr was limited to just two regular-season appearances after suffering a season-ending torn pectoral muscle in Week 2. In 2021, Barr returned to the Minnesota Vikings via a one-year contract but was limited to 11 appearances after dealing with knee and hamstring injuries.

Barr was once viewed as a pure pass-rusher coming out of UCLA, where he accumulated 23.5 sacks in his final two seasons. Although Barr has never showcased that sort of pure pass-rushing potential at the NFL level, mostly due to a lack of technical refinement, Barr remains a super athletic defender in space and an excellent blitzer when called upon. Despite advancing age and injuries, Barr remains a fluid mover in space with excellent change-of-direction ability. In the run game, Barr uses his length to successfully set the edge. Coach Quinn could carve out a role for Barr in his aggressive defense.

Signing Barr would definitely represent a risk, but the Cowboys have the depth, structure, and a sense of familiarity in place to get the most out of him. Cowboys senior defensive assistant George Edwards previously coached Barr in Minnesota, serving as his defensive coordinator during all four of his trips to the Pro Bowl (2015-18). Reuniting Barr with Edwards would be a welcomed development for all parties involved.

At pass rusher, the Cowboys are currently relying on a rookie (Sam Williams) and reclamation project (Dante Fowler) to provide depth behind Lawrence and Parsons. At linebacker, both Vander Esch and Cox still represent unknowns (Vander Esch’s career has been a rollercoaster). Barr could provide much-needed depth at both positions while working in and out of Dallas’ lineup.