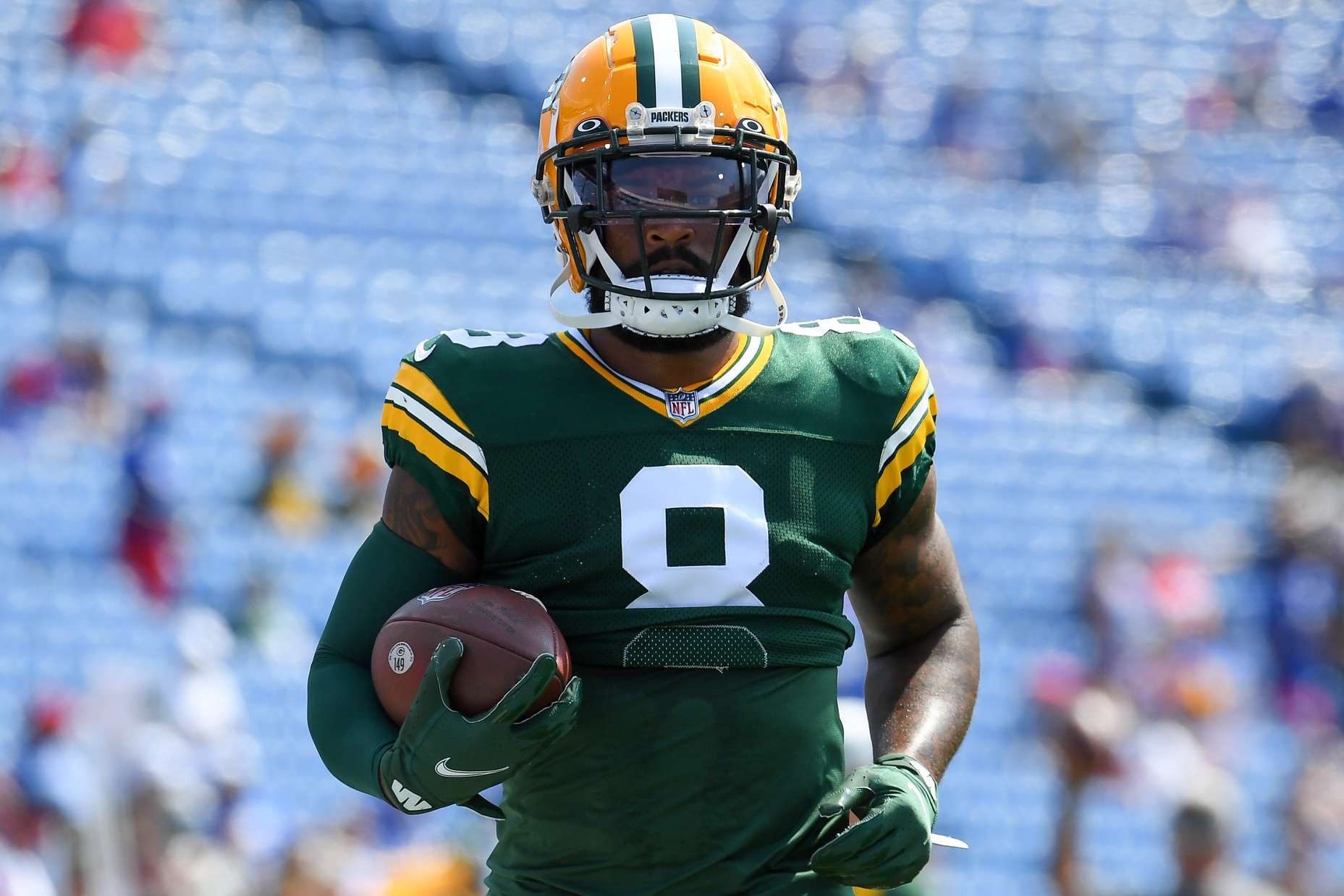 Green Bay Packers wide receiver Amari Rodgers is entering a crucial second campaign in 2022. The former Clemson standout is expected to receive an opportunity to play a more sizable role than he did as a rookie. According to offseason reports, Rodgers appears primed for a potential breakout season. Packers receivers coach Jason Vrable has noticed a positive difference in Rodgers’ mental and physical approach to the offseason.

“If you were to see him right now, he looks faster and stronger than he ever did,” Vrable said. “He’s in the best shape of his life. His route-running is already cleaner and crisper. He’s trained an entire offseason,” Vrable concluded.

A third-round selection in the 2021 NFL Draft, Rodgers struggled to secure playing time as a first-year pass-catcher while playing behind veteran receivers with defined roles in Green Bay’s offense. He recorded just four receptions for 45 yards in 16 regular-season appearances. Rodgers was mostly utilized on special teams while serving as Green Bay’s primary kickoff and punt returner, totaling 31 touches as a return man. A new year welcomes new opportunities, and the undersized Rodgers has the receiving abilities to claim a more productive role while working from the slot position in 2022. Playing alongside an elite quarterback such as Aaron Rodgers should provide the sophomore Rodgers with the targets necessary to make an impact.

Gutekunst responded to the departures of Adams and Valdes-Scantling by drafting former North Dakota State receiver Christian Watson in the second round of the 2022 NFL Draft. Watson is viewed as an ideal fit in Green Bay’s offense as a vertical weapon. Gutekunst also signed veteran free-agent Sammy Watkins to a short-term contract. The Packers are counting on more than Watson and Watkins to field a productive passing attack in 2022, however. Improvement from holdovers such as Rodgers is key if Green Bay is going to remain a successful passing offense in Adams’ absence.

Rodgers experienced a breakout campaign for Clemson in 2020, totaling collegiate career-highs in receptions (77), receiving yards (1,020), and touchdowns (seven) while developing chemistry with eventual No. 1 selection Trevor Lawrence. Rodgers showcased the wherewithal to take full advantage of more receiving opportunities as a senior in 2020 after previously struggling to nail down a starring role in 2019 and 2020.

Rodgers spent his sophomore and junior campaigns playing behind the likes of Tee Higgins, Justyn Ross, and Hunter Renfrow. Rodgers became Clemson’s veteran pass-catcher in 2020 following Higgins’ departure and proved he was ready to take on a larger role. It propelled the Packers to feel confident enough to execute a draft-day trade with the Tennessee Titans in order to move up and select Rodgers with the No. 85 overall selection in 2021.

Rodgers now finds himself in an eerily similar situation as a professional. Opportunity has revealed itself via veteran departures. Don’t be surprised if Rodgers takes full advantage.