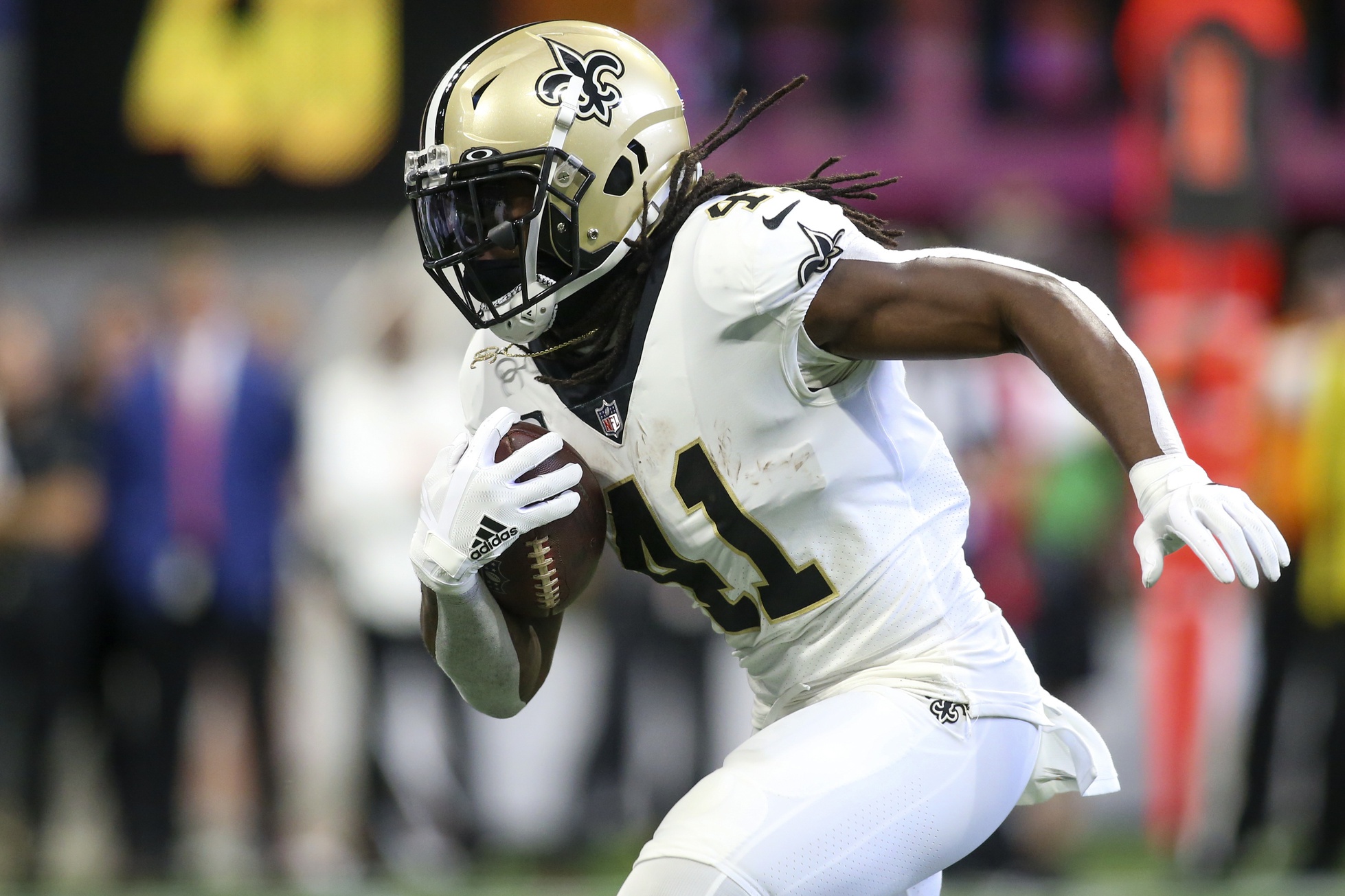 Should Eagles Even Try To Trade For Alvin Kamara?

The Philadelphia Eagles aren’t attempting to acquire superstar running back Alvin Kamara from the New Orleans Saints, according to Pro Football Talk’s Mike Florio. Rumors had been swirling that linked the Eagles to a potential move for Kamara ahead of the NFL trade deadline (Nov. 1). As tempting as it may be, the Eagles are correctly staying the course.

Tying the Eagles to Kamara is a straightforward occurrence. General manager Howie Roseman may be the league’s most aggressive G.M. Offseason deals that landed Roseman’s Eagles difference-makers such as A.J. Brown and Chauncey Gardner-Johnson have catapulted Philadelphia to a perfect 6-0 record. Roseman continued the theme by acquiring Bears pass rusher Robert Quinn earlier this week.

Despite all Roseman’s wheeling and dealing, the Eagles still possess six selections in the 2023 NFL Draft. Those selections include two first-round picks, one of which ironically originally belonged to Kamara’s 2-5 Saints. The Eagles would likely have to part with one of those first-round selections in exchange for Kamara, or they’d have to package their second-and-round third picks given the precedence set by the Christian McCaffrey trade. It’s worth noting the Eagles don’t currently own any selections in rounds four through six.

The financial ramifications likely played a large role in the Eagles’ reported disinterest in acquiring Kamara. Kamara is currently signed through the 2025 campaign following a five-year, $75 million extension signed with the Saints in 2020. Kamara is set to earn a base salary of $9.4 million in 2023 while carrying a sizable cap hit larger than $16 million, per Spotrac. Kamara’s dead cap in 2023 is a prohibitive $19.3 million.

Looking ahead to next offseason, the Eagles are in a good, but not great situation against the salary cap. They’re currently projected to possess $11.9 million in cap space, via Spotrac. Several high-end contributors are set to become unrestricted free agents such as Miles Sanders, Gardner-Johnson, and James Bradberry, to name a few. Crucial veterans such as Jason Kelce and Fletcher Cox are also on expiring contracts. The Eagles may possess an interest in re-signing their leaders should they be interested in returning for another campaign. They’ll require financial flexibility in order to achieve that.

There’s no denying that Kamara would elevate Philadelphia’s offense. His dual-threat ability would flawlessly complement the threat Jalen Hurts already poses in the backfield. Philadelphia’s RPO-based attack would become even more difficult to defend against. But is it worth mortgaging large portions of the Eagles’ already promising future?

The Eagles are averaging 156.0 rushing yards per contest. They’re the league’s sixth-best rushing offense on a per weekly basis. Their 13 rushing touchdowns are the most in the league. In 2021, they averaged a league-best 159.7 rushing yards per contest. Philadelphia already fields an elite rushing offense. While it would arguably get better with Kamara, some leaps just aren’t worth taking.

The Saints should also possess little interest in trading Kamara unless an offer they can’t refuse reveals itself. Saints general manager Mickey Loomis must continue building around Kamara’s talents as opposed to entertaining midseason offers. Kamara remains a 27-year-old superstar in the prime of his career. New Orleans’ next quarterback will benefit from having Kamara at his disposal.

The Eagles are legitimate Super Bowl contenders. Roseman’s furious pursuit of personnel improvement has positioned the Eagles nicely to play winning football in January and perhaps February. The Eagles have been aggressive, but smart. Acquiring Kamara would begin pushing those limits.