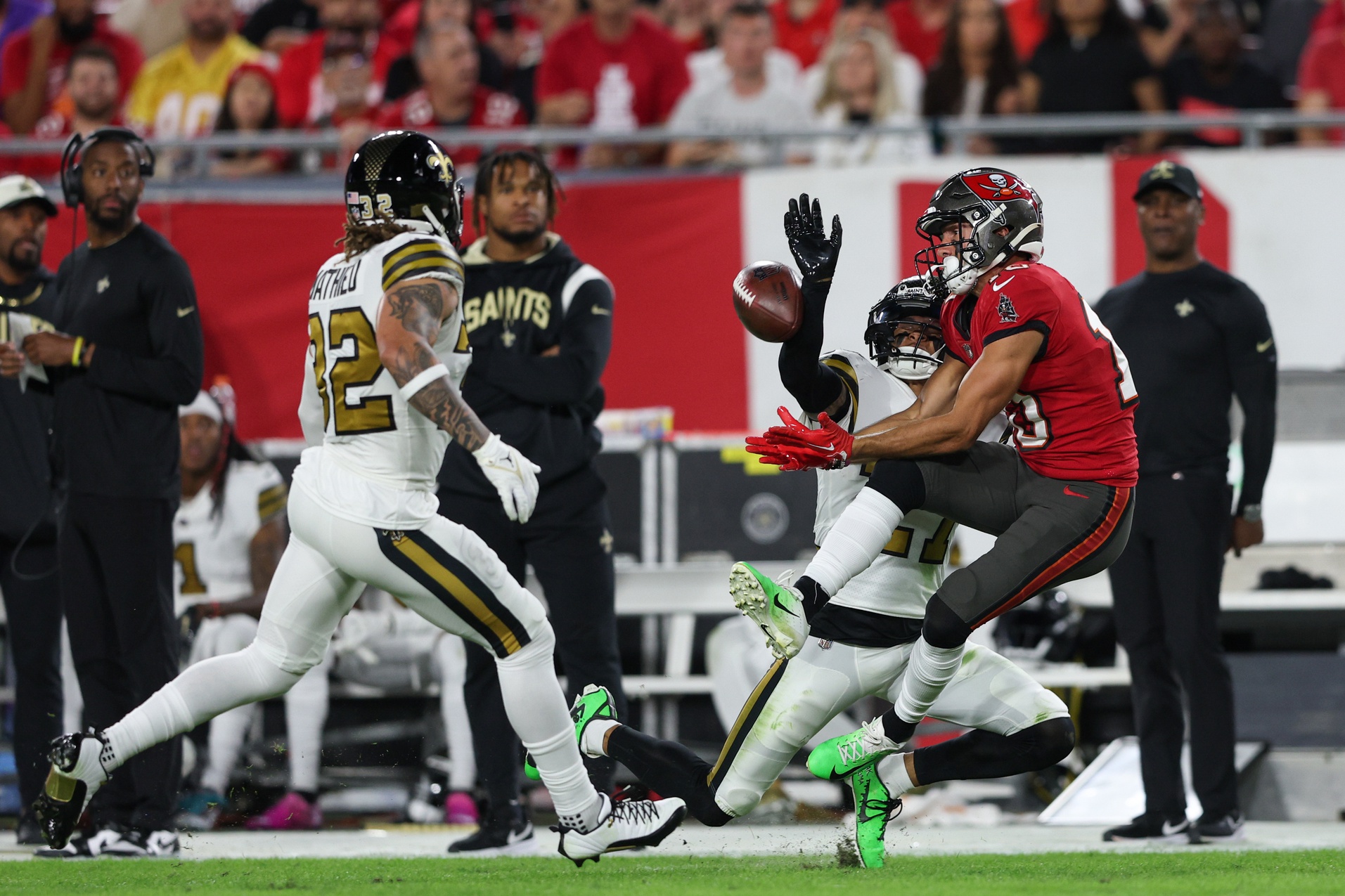 New Orleans Saints rookie cornerback Alontae Taylor was excellent in Sunday’s 21-18 victory over their arch-rival Atlanta Falcons. Taylor helped lead a fierce Saints secondary that held Falcons rookie quarterback Desmond Ridder 89 net passing yards in his first career start. Taylor has quietly been one of the best rookie cornerbacks throughout the 2022 campaign. He deserves to be praised alongside the likes of Sauce Gardner and Tariq Woolen.

The No. 49 overall selection in the 2022 NFL Draft, Taylor frustrated Ridder early and often throughout Sunday’s divisional showdown. Taylor locked down Ridder’s targets with consistency and often appeared as if he was running their routes for them. The likes of Drake London and Cordarrelle Patterson often found Taylor within their hip pocket.

Taylor’s excellent season is somewhat flying under the radar because he plays on a bad 5-9 Saints team. The advanced statistics capture how effective Taylor has been throughout the campaign. His current form is bordering on shutdown cornerback territory.

Entering Sunday, Taylor had allowed an opposing passer rating of just 63.8 when targeted, per Pro Football Focus. Receivers had secured just 24 receptions on 49 targets with Taylor in coverage, which means he’s allowing a 49% completion percentage. Quarterbacks may begin avoiding Taylor’s side of the field.

Taylor has also limited explosive plays. Taylor hasn’t given up a reception longer than 20 yards this season. He’s allowed 246 receiving yards in nine regular-season appearances. Taylor ranks among the top-10 cornerbacks in all statistics mentioned (not just rookie cornerbacks), via PFF, with a minimum qualifier of 200 defensive snaps.

Taylor also recorded a would-be interception against the Falcons, but the replay booth ultimately ruled that he didn’t maintain control when going out of bounds. Taylor has yet to record his first career interception, but his 10 pass breakups indicate Taylor is getting his hands on the football. Turnovers will soon arrive.

Taylor swiftly earned the trust of New Orleans’ coaching staff. The former Tennessee product made his professional debut in Week 2 to the tune of just 19 snaps. Taylor quickly secured a workhorse role for himself, however. From Week 10 onward, Taylor has played a minimum of 64% of the Saints’ weekly defensive snaps. On four of those occasions, Taylor played 100% of the Saints’ total defensive plays. He’s been all over the field for defensive-minded head coach Dennis Allen.

“I’m a press-man cornerback,” Alontae Taylor told The Draft Network in March. “I love getting my hands on guys and challenging them at the line of scrimmage. It allows me an opportunity to use my length and size.”

Taylor is playing with the swagger and confidence of a cornerback that’s willing to challenge any and all receivers pre-snap. A 6-foot, 200-pounder, Taylor’s athletic abilities were on display at the NFL Scouting Combine when he ran a blazing 4.36 in the 40-yard dash. We’re witnessing Taylor’s natural skill set translate to Sundays.

Some eyebrows were raised when Saints general manager Mickey Loomis drafted Taylor midway through the second round. The Saints arguably had larger needs, and their cornerback room already possessed an intriguing mixture of veterans and ascending talents. It turns out Loomis received excellent value when he turned in a card with Taylor’s name on it. Alontae Taylor is a budding superstar that’s flying under the radar.