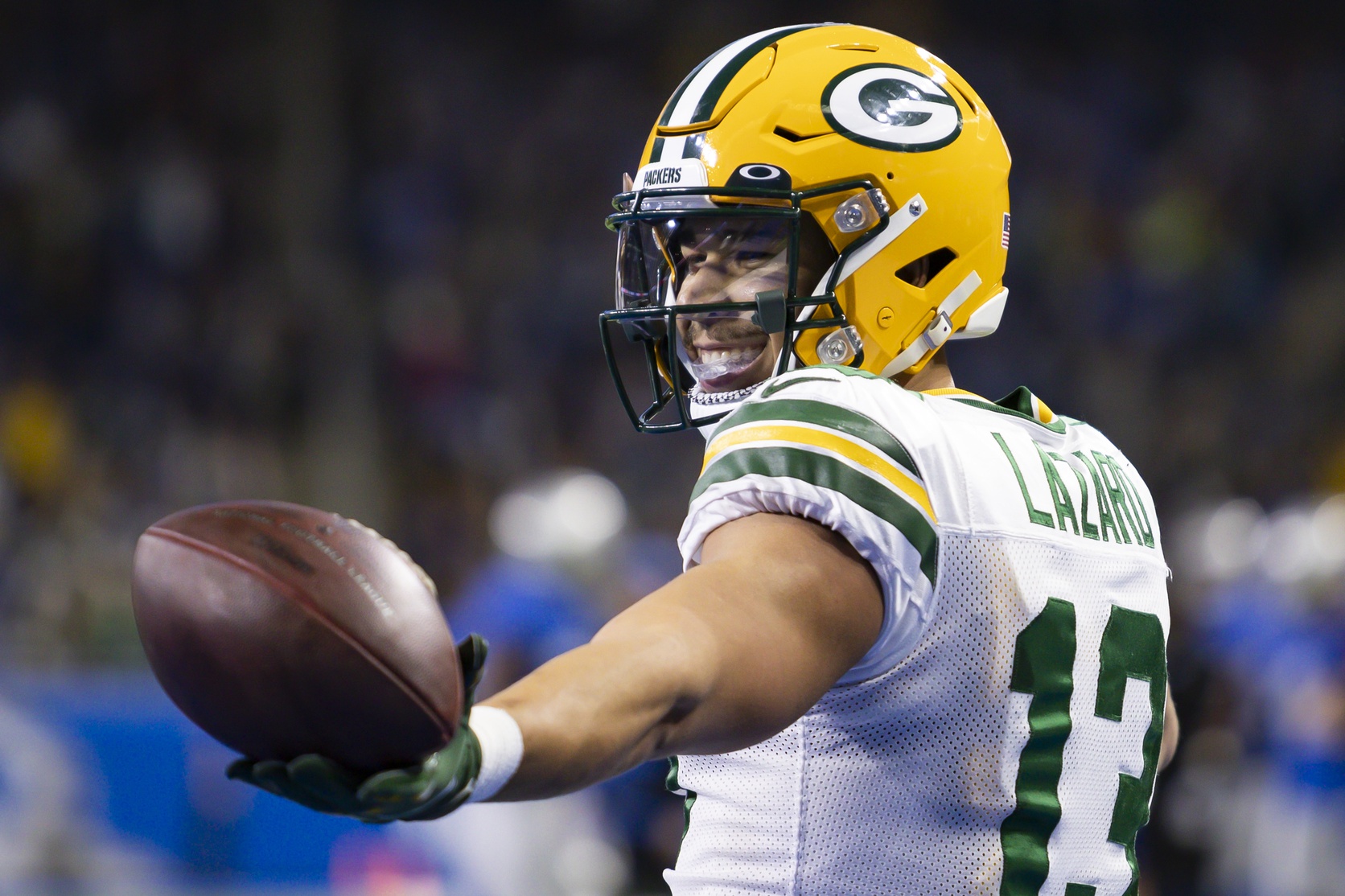 Green Bay Packers wide receiver Allen Lazard wants a new contract and the Green Bay Packers shouldn’t allow this situation to play out much longer given their less-than-desirable situation at receiver. Lazard was absent from Tuesday’s mandatory minicamp practice, but it’s worth noting Lazard finds himself in a unique position. He’s actually not obligated to attend these mandatory practices because he has yet to sign his second-round restricted free agent tender. Lazard isn’t technically under contract with the Packers, which means the Packers can’t slap him with the day-by-day fines players usually expose themselves to when skipping mandatory camp.

Lazard was also absent from voluntary workouts. He’s sending a clear message to Packers General Manager Brian Gutekunst. Pay me what I deserve and I’ll show up.

Lazard and his representation possess the majority of the leverage in the standoff despite their inability to negotiate a contract with another team (forbidden under the CBA). The second-round tender offered to Lazard is worth approximately $3.98 million and can be structured in a manner that spreads out his earnings to future seasons via void years. It would represent an extreme bargain for the Packers and their maneuvering of the salary cap, especially since they may be relying on Lazard as their No. 1 receiver heading into the 2022 season.

Lazard is aware of the situation. A former undrafted free agent out of Iowa State at the conclusion of the 2018 NFL Draft, Lazard’s career earnings total approximately just $2.1 million across four seasons. Coming off the most productive season of his career at 26 years old, Lazard is chasing after the long-term financial security he’s yet to achieve. The receiver market has exploded this offseason. Now’s the time for Lazard to strike while the iron’s still hot.

As mentioned, Lazard totaled career-highs in receptions (40), receiving yards (513), and touchdowns (eight) throughout the 2021 campaign. The shocking offseason departure of Davante Adams is expected to thrust Lazard into an even larger starring role in Green Bay’s high-octane offense. Playing alongside an elite quarterback in Aaron Rodgers, Lazard could potentially flirt with 1,000 receiving yards and 10-plus receiving touchdowns in 2022, and he doesn’t want to do it while earning under $4 million on a one-year contract that doesn’t protect his future in case of injury.

For comparative purposes, former Packers receiver Marquez Valdes-Scantling recorded 14 fewer receptions (26), 83 fewer receiving yards (430), and five fewer touchdowns (three) than Lazard did last season while playing for the same Packers team and still landed a three-year contract worth $30 million ($10 million annually) with the Kansas City Chiefs this offseason. Lazard is likely hoping to receive an offer that bests that one, and he has every reason to believe he deserves something in the range of $11-12 million annually.

The Packers’ contingency plans perhaps place Lazard in an even more favorable position. Second-round receiver Christian Watson has struggled at times during the early portion of his offseason displays and faces a tough acclimation to the pro ranks as a first-year player coming out of North Dakota State. The Packers also signed veteran journeyman Sammy Watkins, who has struggled to stay healthy and productive throughout his topsy-turvy NFL career. Fellow rookie Romeo Doubs is in place, as is veteran Randall Cobb, but neither player is a good bet to take control of the opportunity left behind in the wake of Adams’ departure. That onus is mostly expected to land in Lazard’s lap.

The Packers could opt to call Lazard’s bluff, but it would behoove them to approach the situation with more respect for Lazard, who Rodgers recently hailed as a player that does the “dirty work” in their offense. Should Lazard refuse to sign his second-round tender by June 15, the Packers hold the right to reduce the cost of the tender to just $935,000, which is significantly lower than the current offer Lazard isn’t impressed by. Lazard could of course continue to hold out past the June 15 date in hopes of placing more pressure on the Packers’ front-office brass.

Lazard is expected to receive every opportunity imaginable to thrive as a consistent boundary target for the Packers in 2022. Head coach Matt LaFleur understands the importance Lazard’s consistency brings to their offense. The Packers should pay him like it.